Drouth – a drought; thirst; perfect weather conditions in which to dry clothes.

Those who use this country's great tradition of freedom of speech should not seek to deny that same freedom to others, especially to those who, like Mr Powell, spent their war years in distinguished service in the Forces. pic.twitter.com/jVARAx2PWA

Beef + Lamb New Zealand has expressed concerns about the potential impacts on communities of ”wholesale conversions” of regions into forestry.

There have been growing concerns in the past few months about the increase in sales of sheep and beef farms into forestry.

In an update to farmers, BLNZ chairman Andrew Morrison said the organisation was working to get a better understanding of exactly what was happening, why it might be happening, quantifying the potential impacts on regional communities, and what the solutions might be. . .

The North Canterbury sheep, cattle and cropping farmer wants red meat producers to get out what they put in, meaning Alliance needs to be in a position to objectively measure product value.

It has been an important part of the company’s strategic focus over much of his six years as chairman. He and the Alliance board have worked with CEO David Surveyor over the past four years to improve the company’s operational ”fitness”, transform production capacity and reinvent the company’s global marketing focus. . .

Dairy farmers are being urged to tell authorities about “concerning activity” by helicopters and drones.

But farmers should also be aware that drones, helicopters and fixed wing aircraft have legitimate business in rural areas, like checking power lines and spreading fertiliser.

DairyNZ head of South Island Tony Finch says it has had reports of helicopters and drones flying low over Southland farms where they disturb stock. . .

The Dawkins family are Beef + Lamb New Zealand Innovation Farmers who are striving to maximise triplet lamb survival by developing an indoor lambing system. Now in their third year of the programme, the family are refining a system that has unexpectedly benefited the whole farm system while significantly reducing lamb losses.

In part one of this two-part series, we look at how the indoor system works.

A recipe for maximising triplet lamb survival is like the holy grail of sheep farming but the Dawkins family from Blenheim are getting closer to finding it.

Chris and Julia Dawkins and their son Richard, who farm The Pyramid, a 645ha down and hill country sheep and beef farm, are in the third year of a Beef + Lamb New Zealand Innovation Farm programme looking to maximise triplet lamb performance through an indoor lambing system. . .

Farming the Chathams: the tyranny of distance – Adam Fricker:

Like a small scale model of the challenges New Zealand agriculture faces being so far from its main markets, farmers on the Chatham Islands are far enough from the mainland to make shipping inputs in and livestock out a marginal exercise. Adam Fricker reports.

An Australian coined the phrase ‘the tyranny of distance’ but it certainly applies here. Rural News took the 2.5 hour flight on Air Chathams’ Convair 580, a graceful 1960s turbo prop.

We came courtesy of Holden who were celebrating their 65th anniversary with an SUV adventure on Chatham Island, the main island in the scattered group of 25 islands. It’s not a cheap flight, so most of the non-human freight, including livestock, goes by ship. . .

You may disagree but this is worth a read, no matter what your position. #yes2meat https://t.co/qACdZdDcRt

A carnivore diet is more vegan than a vegan diet :

If you thought veganism was just a diet that excludes animals, well, not quite. According to the Vegan Society, “Veganism is a way of living which seeks to exclude, as far as is possible and practicable, all forms of exploitation of, and cruelty to, animals for food, clothing or any other purpose.” So, according to them, whatever diet accomplishes this best would be a ‘vegan’ diet, or more correctly THE vegan diet.  . .

Were the old days good?

Were the old days so good?

Not when it came to how many hours work were needed to buy things we regard as necessities today:

In addition to having to work fewer hours, we’ve got far more things which make life more comfortable, easy and healthy. 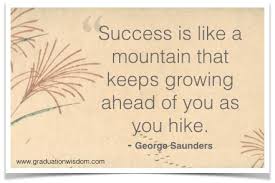 Success is like a mountain that keeps growing ahead of you as you walk. – George Saunders

371 BC – The Battle of Leuctra, Epaminondas defeated Cleombrotus I.

1189 Richard I (Richard the Lionheart) was crowned King of England.

1253  Mindaugas was crowned King of Lithuania.

1560 The Treaty of Edinburgh was signed by Scotland and England.

1609 Bohemia was granted freedom of religion.

1785 The dollar was unanimously chosen as the monetary unit for the United States.

1801  Battle of Algeciras: The French navy are defeated by the Royal Navy.

1809 The second day of the Battle of Wagram –  French victory over the Austrian army in the largest battle yet of the Napoleonic Wars.

1854  The first convention of the United States Republican Party was held.

1885 Louis Pasteur successfully tested his vaccine against rabies onJoseph Meister, a boy who was bitten by a rabid dog.

1887  David Kalakaua, monarch of the Kingdom of Hawaii, was forced at gunpoint, at the hands of the Americans, to sign the Bayonet Constitution giving Americans more power in Hawaii while stripping Hawaiian citizens of their rights.

1892 – 3,800 striking steelworkers engaged in a day-long battle with Pinkerton agents during the Homestead Strike, leaving 10 dead and dozens wounded.

1893 Pomeroy, Iowa, was nearly destroyed by a tornado that killed 71 people and injured 200.

1917 World War I: Arabian troops led by Lawrence of Arabia and Auda ibu Tayi captured Aqaba from the Turks during the Arab Revolt.

1919  The British dirigible R34 landed in New York, completing the first crossing of the Atlantic Ocean by an airship.

1921 Nancy Reagan, First Lady of the United States, was born.

1923 An Auckland−Wellington express ploughed into a huge landslip that had slumped across the tracks at Ongarue, north of Taumarunui in the King Country. Seventeen people were killed and 28 injured.

1936  A major breach of the Manchester, Bolton and Bury Canal sent millions of gallons of water cascading 200 feet into the River Irwell.

1939 Holocaust: The last remaining Jewish enterprises in Germany were closed.

1942 Anne Frank and her family went into hiding in the “Secret Annexe” above her father’s office in an Amsterdam warehouse.

1944 The Hartford Circus Fire, one of America’s worst fire disasters, killed approximately 168 people and injured over 700.

1957 Althea Gibson won the Wimbledon championships, becoming the first black athlete to do so.

1964  Malawi declared its independence from the United Kingdom.

1966  Malawi becomes a republic, with Hastings Banda as the first President.

1975 The Comoros declared independence from France.

1988 The Piper Alpha drilling platform in the North Sea was destroyed by explosions and fires. 167 oil workers were killed, making it the world’s worst offshore oil disaster.

1989  The Israeli 405 Bus slaughter -14 bus passengers were killed when an Arab assaulted the bus driver as the bus was driving by the edge of a cliff.

2006  The Nathula Pass between India and China, sealed during the Sino-Indian War, re-opened for trade after 44 years.

2013 – At least 42 people were killed in a shooting at a school in Yobe State, Nigeria.

2013 – A Boeing 777 operating as Asiana Airlines Flight 214 crashed at San Francisco International Airport, killing three and injuring 181 of the 307 people on board.

2013 – A 73-car oil train derailed in Lac-Mégantic, Quebec and exploded, killing at least 47 people and destroying more than 30 buildings in the town’s central area.

2016 – The Iraq Inquiry was published after seven years by Sir John Chilcot; it publicised the critique of Tony Blair and his decision to go ahead with the 2003 Invasion of Iraq.