Forfex – humourously pedantic; a pair of pincers or scissors.

And what a prize we have to fight for: no less than the chance to banish from our land the dark divisive clouds of Marxist socialism. pic.twitter.com/UhZP1ofJtG

Watching bees burn would have to be one of the most difficult things a beekeeper could do – it is also an experience more Southland apiarists will have to face.

It is the consequence of the spread of destructive bee-killing disease American foulbrood (AFB).

Hinewai Reserve was once dismissed as a fantasy of fools and dreamers.

Now, as the 1250ha native sanctuary on Banks Peninsula flourishes it has about $1m of carbon credits plus income from a walking track and public donations.

Some rather carbon efficient milk is produced down our way pic.twitter.com/l5UzW3hJhO

Possum is scourge of farm and forest: – Nick Hancox:

Managing disease in farmed cattle and deer is one stream of the TBfree programme’s work. It underpins the value and reputation of the meat and milk New Zealand exports.

The other essential work the programme manages is possum control — taking and keeping numbers down at a level where disease can’t keep cycling in wildlife.

That possum control work has two big benefits for New Zealand: eradicating bovine TB to protect the primary sector while supporting the goals of the predator-free movement.
The TBfree programme managed by OSPRI aligns with programmes designed to protect and defend New Zealand’s biodiversity and environmental health, such as the Department of Conservation’s Battle for Our Birds and Predator Free 2050. . .

After placing eighth in Germany last year and second in Kenya in the reversible section of the world championships, he is aiming for gold this time round in the United States. . .

Avocado fans, rejoice – you can now buy two for less than the cost of a flat white.

Supplies of the popular toast topping have surged and those who have struggled through the avo off-season can again feast on the fruit.

On Thursday avocados were were selling for $2.70 each or two for $5 at Countdown supermarkets around the country. . .

The cost of sending children to boarding school is placing a big burden on rural employees, and it’s well past time a change was made to make the boarding allowance system fairer, writes Federated Farmers policy adviser Ann Thompson.

Over the past few years Federated Farmers has made requests to both the National and Labour-led governments to increase the Access Barrier Boarding Allowance.

This allowance is provided for pupils who live so far away from school that boarding school is the only realistic option.

If NZ could win only 1 World Cup…

If New Zealand could win only one World Cup this year which should it be? 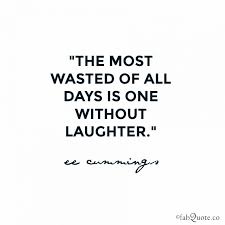 1878 Treaty of Berlin: The European powers redraw the map of the Balkans. Serbia, Montenegro and Romania became completely independent of the Ottoman empire.

1919 The British airship R34 landed in Norfolk, completing the first airship return journey across the Atlantic in 182 hours of flight.

2003 – French DGSE personnel abort an operation to rescue Íngrid Betancourt from FARC rebels in Colombia, causing a political scandal when details are leaked to the press.

2011 – Mumbai was rocked by three bomb blasts during the evening rush hour, killing 26 and injuring 130.

2013 – Typhoon Soulik killed at least 9 people and affected more than 160 million in East China and Taiwan.

2016 – Prime Minister of the United Kingdom David Cameron resigned, and was succeeded by Theresa May.