Can the Blackcaps storm the barricades?

France will be waking up to Bastille Day.

And the Blackcaps will be mentally preparing storm the barricades of English cricket in front of a home crowd.

Incidentaloma – an unanticipated finding which is not related to the original diagnostic inquiry; pathological findings in the sellar area, observed during head imaging performed in patients for reasons, unrelated to ophthalmological and/or endocrinological symptoms; an abnormal lesion or tumor detected by chance during a medical imaging test, physical examination, or surgery.

"You don't need another person, place or thing to make you whole. God already did that. Your job is to know it." #MayaAngelou pic.twitter.com/t6VgTby4lj

Hold your local council candidates to account on costs and services: and if you think the voice of farmers is not being heard, consider standing for election yourself.

That’s the underlying message to rural people in the Federated Farmers 2019 local body elections guide, Platform: Feds on Local Government, released at the Feds’ AGM in Wellington this week.

“The quality of local government in rural communities can mean the difference between dodgy roads and safer ones, and many thousands of dollars in rates,” Federated Farmers President Katie Milne says. . .

“We had our heads in the sand really.”

“It’s a very complicated subject but now our family has a plan to build on and it’s opened communications among us about what the next 10 years will look like.”

How cool is this from @Julietrichgray
Around 2300 in-fawn Haka Station hinds in the lane ready to head back to the shed for tomorrow’s Tb test.
(expect I’ll get a reply from Richard soon, correcting the tally to 2301) pic.twitter.com/AXqe7RUhVZ

South Canterbury cropping farmer Colin Hurst has been recognised for his immense contribution to the arable industry.

Hurst was crowned Arable Farmer of the Year at the Federated Farmers arable industry group 2019 awards in Wellington.

He and his wife Afsaneh Howey have sold and given up leases on 600ha of land on which they grew onions, carrots, potatoes, grain and seed, in order to concentrate on their blackcurrant business.

Mr Howey said he had hoped to find a young keen grower who might take over the operation but this did not happen.

”It was quite difficult; it’s hard to entice young ones now. There’s no-one around.” . .

Forget about following the floundering fortunes of Fonterra – a2 Milk is the NZX’s fast-rising star – Point of Order:

New Zealand  eyes  have been so  focussed  this  week  on  an event  20,000kms distant   that they  might  not have  noticed here  at  home another  extraordinary  event, taking  place  on the  NZX.

The market capitalisation of a company  which listed   as recently  as  2012  on the local sharemarket soared  past the  $12bn  mark and is hard on the heels of  Meridian Energy,  which has the  highest   valuation  of  NZ-based companies on the NZX  at $12.3bn.

The  challenger is a2 Milk,  which sells a  specialised  type of  milk  with what  it claims are health benefits. . .

Fonterra is planning a war on waste.

The co-op will stop sending solid waste to landfill by 2025 and will by then have 100% recyclable, reusable or compostable packaging.

These are the right things to do and even more important as more consumers choose products that are environmentally friendly, says the co-op’s director of sustainability, Carolyn Mortland.  . .

YOU don’t see many women selling in yards but Courtney Hanns, 19, is one of a growing number taking up the gavel.

Courtney grew up in the Blue Mountains and from a young age set her sights on becoming a livestock agent.

“…since I was little girl, my Pop had a farm, and I always just wanted to be an agent because I loved what they do,” Courtney said.

However, first she had to convince some in the industry that she was up for the challenge. . .

Stories from migrants to the Waitaki District: 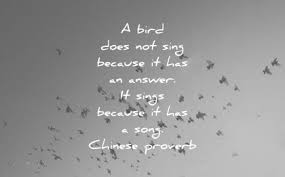 1900 Armies of the Eight-Nation Alliance captured Tientsin during theBoxer Rebellion.

2015 – NASA’s New Horizons probe performed the first flyby of Pluto, and thus completes the initial survey of the Solar System.

2016 – A terrorist vehicular attack in Nice, France killed 86 civilians and injured more than 400 others.