Too many people today act as if no one can honestly disagree with them. If you have a difference of opinion with them, you are considered to be not merely in error but in sin. You are a racist, a homophobe or whatever the villain of the day happens to be.

She is excited about speaking at the Women’s Enviro Evening in Clinton later this month, saying meaningful change had to come from grassroots, or “the ground up”.

That had a domino effect and, if everyone did their “own little bit” then it all added up to something big, she said. . .

There is no place in modern farming for winter grazing practices that compromise animal health and welfare, the New Zealand Veterinary Association says.

Chief veterinary officer Dr Helen Beattie, of Dunedin, has strongly advocated for a national-level, pan-sector working group to be formed, saying a collaborative approach is needed to assist farmers through a fair transition away from such practices.

“We need to take a second look at these practices and, when animal welfare isn’t protected, find solutions that rectify this safely,” she said. . .

Heifers heading into calving looking primo. Just as big or bigger than a lot of the cows. 👌#agchatnz pic.twitter.com/PGMWbSdOkD

Thinking outside the square – Jenny Ling:

A Waikato couple are finding doing things a bit differently is paying off. Jenny Ling reports.

Hard work, a shared passion for science and technology and sheer grit and determination are helping a Waikato dairy farming couple create their dream property and life together.

Here they milk and manage their elite herd of mostly Friesian and Friesian crosses and a small amount of Jerseys, while raising their two children, Alex, 3, and Sophie, 5. . .

Government ‘don’t have a clue’ when it comes to rural living – Kate Hawkesby:

Interesting that 6,000 Aucklanders have moved to Northland over the past 4 years.

Auckland traffic’s a nightmare, public transport isn’t up to scratch, property prices are still excessively high, and I think these days we’re getting better at prioritising quality of life.

We bought a place in the country on a whim, and we haven’t looked back.

Watch out for behind the scenes footage of the production of our new #meatwithintegrity videos showing our industry's animal welfare & sustainability credentials. Huge thanks to Bruce McConachie for your help incl putting carbon sequestration into simple language for the public. pic.twitter.com/HrOMaNd5Me

Farmers who supply Arla are starting to make the most of their cow’s manure by using it to power up milk lorries.

Farmers in Sweden are contributing to a fossil-free fuel future by turning manure into biogas, which in turn powers vehicles.

Biogas can also be a source of the income for farmers, and the biomass that remains after the cow manure is digested can be used as a fertiliser. . .

Amid all the talk of an imminent planetary catastrophe caused by emissions of carbon dioxide, another fact is often ignored: global greening is happening faster than climate change. The amount of vegetation growing on the earth has been increasing every year for at least 30 years. The evidence comes from the growth rate of plants and from satellite data.

In 2016 a paper was published by 32 authors from 24 institutions in eight countries that analysed satellite data and concluded that there had been a roughly 14% increase in green vegetation over 30 years. The study attributed 70% of this increase to the extra carbon dioxide in the atmosphere. The lead author on the study, Zaichun Zhu of Beijing University, says this is equivalent to adding a new continent of green vegetation twice the size of the mainland United States.

Global greening has affected all ecosystems – from arctic tundra to coral reefs to plankton to tropical rain forests – but shows up most strongly in arid places like the Sahel region of Africa, where desertification has largely now reversed. This is because plants lose less water in the process of absorbing carbon dioxide if the concentration of carbon dioxide is higher. Ecosystems and farms will be less water-stressed at the end of this century than they are today during periods of low rainfall. . .

Our home has a lot of things that weren’t invented when I was a child and many of them use power.

But while we have a lot more electrical gadgets, the one that fits in our pocket or purse, has replaced lots of others.

A single smartphone potentially replaces 18 different devices. What once took 449 watts of power now takes 5 watts, according to the latest figures from Dr. Arnulf Grübler et al., whose research cites us on dematerialization. Check out our blog post here: https://t.co/Je9IOjRfae pic.twitter.com/pvfocWpwQx 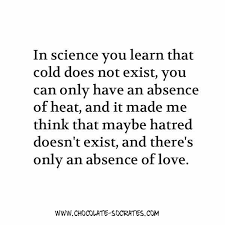 In science you learn that cold does not exist, you can only have an absence of heat, and it made me think that maybe hatred doesn’t exist, and there’s only an absence of love.

70 –  Siege of Jerusalem: Titus, son of emperor Vespasian, stormed the Fortress of Antonia. The Roman army was drawn into street fights with the Zealots.

1892 – The Wellington and Manawatu Railway (WMR) Company’s locomotive No. 10 established a world speed record for the narrow 3 foot 6 inch (1067 mm) gauge, averaging 68 km per hour on a two-hour run and hitting a peak speed of 103 kph.

1922 The League of Nations awarded mandates of Togoland to France andTanganyika to the United Kingdom.

1932  In Washington, D.C., police fired tear gas on World War I veterans part of the Bonus Expeditionary Force, who attempted to march to the White House.

1933  Vice-Chancellor of Germany Franz von Papen and Vatican CardinalEugenio Pacelli sign a concordat on behalf of their respective nations.

1934  Police in Minneapolis fired upon striking truck drivers, during theMinneapolis Teamsters Strike of 1934, killing two and wounding sixty-seven; Seattle police fired tear gas on and club 2,000 striking longshoremen, and the governor of Oregon called out the National Guard to break a strike on the Portland docks.

1944   Fifty people were hurt in rioting in front of the presidential palace in Mexico City.

1944 Attempt to assassinate Adolf Hitler at his Rastenberg headquarters as part of Operation Valkyrie.

1948 Twelve leaders of the Communist Party USA were indicted under theSmith Act including William Z. Foster and Gus Hall.

1965 – Riots at Mt Eden prison followed a botched escape attempt and lasted into the next day.

1997  – The fully restored USS Constitution (a.k.a. Old Ironsides) celebrated its 200th birthday by setting sail for the first time in 116 years.

1999 Falun Gong was banned in China, and a large scale crackdown of the practice is launched.

2012 – During a midnight showing of The Dark Knight Rises, a gunman opened fire at a movie theatre in Aurora, Colorado, killing 12 people and injuring 58.

2013 – Seventeen government soldiers were killed in an attack by FARC revolutionaries in the Colombian department of Arauca.

2015 – A huge explosion in the mostly Kurdish border town of Suruç, Turkey, targeting The Socialist Youth Associations Federation, killed at least 31 people and injured more than 100.

2017  – O. J. Simpson was granted parole to be released from prison after serving nine years of a 33-year sentence after being convicted of armed robbery.