Journalists cannot serve two masters. To the extent that they take on the task of suppressing information or biting their tongue for the sake of some political agenda, they are betraying the trust of the public and corrupting their own profession.

Today, while crutching my breeding rams, I was considering the latest policy package from central government.

To be fair there was not a lot of constructive thought undertaken, as this task is a fairly intense activity as those of you who have done it know. For those of you who have not, crutching rams (removing the wool around the tail and between the legs for hygiene purposes) is a bit like wrestling 80 to 100kg sacks of potatoes that fight back.

As I was struggling with a sore back, the term hamstrung came to mind. . .

How did farmers become public enemy number one? – Rachael Kelly:

A wet spring had turned his farm to mud, his family was “going through some stuff” and anti-farming messages on social media all affected his self-worth.

They’re our number one export producers, an industry that was once seen as the proud back-bone of the nation.

But farmers are almost becoming ashamed of what they do because they’re being attacked from all fronts, Herrick says. . . .

“They are difficult biological systems and people who are not in farming expect you to be able to switch on the new system overnight,” he told Dairy News.

“It takes a long time to get those changes right, to embed the new technologies in farm systems to make them work effectively. Farmers fundamentally are small business people who can’t risk their entire business with a big shift in how they operate one year to the next. . .

Finally a bit of heat. Been lucky with no rain but temperatures have been cold and slow growth rates. Even got cows in wearing a tshirt pic.twitter.com/C26PfUggnD

Public perceptions of farming are more positive than farmers think, a survey shows.

“The strong theme we have heard from farmers in the past is that they do not feel well-liked by their urban counterparts. However, when you poll the general population, this is simply not true,” UMR research executive director Marc Elliot says.

UMR surveyed more than 1000 people last month and found the response at odds with the view held by many in primary industries.

New Zealanders are almost five times as likely to hold a positive view of sheep and beef farming than a negative one, the research showed. . .

Northland farmers have been asked to join a tractor protest over the costs and effects of Government regulations.

Protest organiser and dairy farmer Mark Dawson said the event will be on the southern side of Ruawai township in the Kaipara District between 11am and 1pm on Saturday.

It will be a symbolic protest aimed at what he believes will be the horrendous effects on farming of the proposed freshwater legislation.

How do candidates standing for the Otago Regional Council see the future of farming in Otago? That question and others has been posed to all candidates by Southern Rural Life ahead of next month’s local body election. It is shaping up to be an interesting election, with 28 people vying for 12 positions.

All candidates were asked by Southern Rural Life to respond to the following questions and their responses are below (responses were not received from Matt Kraemer, Andrew Noone, Gail May-Sherman and Gordon Dickson)

Question 1
Why are you standing for council?

Question 2
How do you see the future of farming in Otago?

Question 3
Good management practice and improvements to some farming activities will be needed if Otago’s water aspirations are to be achieved. What approach to regulation and rules do you support and where do you think partnerships,  incentives and industry support might fit in (if at all)?

Question 4
Do you think there should be discretion for regional councils to determine local solutions for local issues or should a centralized response always apply instead? . . .

Debbie Dowden is a cattle producer on Challa Station in Western Australia:

After 21 years of teaching her children via School of the Air, Debbie finally grabbed her chance to be a hands-on-farmer – and never let go again. She grew up in the city and always dreamt of being a farmer. She got her pilot’s licence and met the man-and-farmer of her dreams. They married and moved to his remote 5th generation pastoral property. But it was a hard landing. Back then, women were expected to look after the homestead and children. Today that view is finally changing. 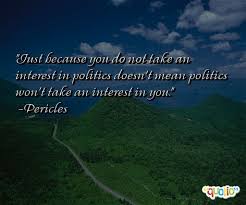