Father – to be a father of; to perform the tasks or duties of a male parent; act paternally; a male parent; man in relation to his child or children; a priest;  a name for the Christian God.

"She gave me so many gifts. Confidence that I was loved. She taught me not to lie to myself or anyone else and not to boast."-@DrMayaAngelou reflecting on her grandmother, Annie Henderson.
Read more @SmithsonianMag https://t.co/X3f0N05vM9

The return of the spring peak in venison prices is not expected to reach the unprecedented highs of last year.

It follows an unusual 2017-18 season when venison prices climbed steadily from January 2017 before peaking in October last year.

The return of the spring peak doesn’t come as a surprise but Coup hopes the peaks and troughs in the seasonal price curve will be less marked than in the past.  . .

He can play it for laughs and he can play it serious. There’s a discerning side to social media star farmer Tangaroa Walker. Tim Fulton reports.

Media sensation Tangaroa Walker has X-factor in spades and he wants to use it to lift other farmers out of the mire.

Walker has a virtual arena for the job, his vividly upbeat and out-there Facebook page, Farm 4 Life.

He is a contract milker on a 550-cow farm at Invercargill.

The page is a funny but sometimes poignant look at the industry’s challenges. . .

The profit made by the country’s largest farmer from the sale of its shares in Westland Milk Products, will disappear into government coffers via a special dividend.

Pāmu, or Landcorp, owns 10 farms supplying to Westland and is its second-largest shareholder.

Earlier this month Westland’s 350 farmer shareholders voted overwhelmingly in favour of selling Westland to China’s Yili dairy conglomerate at a rate of $3.41 per share.

This will net the Crown $5m from a sale that ministers always strongly opposed.

The payment of the dividend is being made despite the fact that overall, state-owned Pāmu suffered a big loss. . .

Sediment traps, back fencing, portable water troughs and buffer zones are some of the key elements of good winter grazing practices that Wilden sheep and beef farmers Simon O’Meara, and Peter Adam, recommend.

By careful management, both farmers ensure their sheep and cattle are well fed and as sheltered and comfortable as possible during winter break feeding and adverse weather events.

At the same time, by using the same principles, they can also reduce nitrate and sediment loss and enhance water quality on their properties. . .

THE ACRYLIC nails are gone, so has the nail polish, their high heels replaced with moccasins.

They don’t meet for coffee on a Saturday morning, instead this group of amazing women dressed in black head to a woolshed ready for some hard yakka.

Every Saturday since March this group of professional women have been training hard. They call themselves Women in Wool and their goal is to raise as much money as possible for Farmstrong — a nationwide rural wellbeing programme for farmers and growers to help them live well to farm well. . .

Complaints of missing gloves, stolen food and shredded windscreen wipers at Treble Cone skifield could soon be a thing of the past when a new kea playground is installed.

The familiar mountain parrot has been a regular visitor to Wanaka’s closest skifield for many years, attracted primarily by the prospect of food scraps.

Treble Cone brand manager Richard Birkby said despite erecting signs and staff educating guests about the thieving habits of kea, the skifield still received regular complaints about kea knocking over mugs, flying off with trays of chips and destroying gloves.

Health and safety officer Jessica Griffin said the idea for the kea playground at Treble Cone skifield was prompted by the kea gyms in Nelson and at the Homer Tunnel and Manapouri power station at West Arm, established primarily to keep kea away from roads and damaging cars. . . 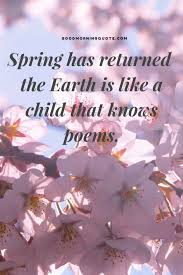 Spring has returned the earth is like a child that knows poems.

717 – Siege of Constantinople: The Muslim armada with 1,800 ships, was defeated by the Byzantine navy through the use of Greek fire.

1270 – King Stephen V of Hungary wrote of his walk to the antiquum castellum near Miholjanec, where the Sword of Attila was recently discovered.

1715 King Louis XIV of France died after a reign of 72 years—the longest of any major European monarch.

1804 Juno, one of the largest main belt asteroids, was discovered by German astronomer Karl Ludwig Harding.

1836  Narcissa Whitman, one of the first English-speaking white women to settle west of the Rocky Mountains, arrived at Walla Walla, Washington.

1873  Cetshwayo ascended to the throne as king of the Zulu nation following the death of his father Mpande.

1878 Emma Nutt became the world’s first female telephone operator when she was recruited by Alexander Graham Bell to the Boston Telephone Dispatch Company.

1894 More than 400 people died in the Great Hinckley Fire, a forest fire in Hinckley, Minnesota.

1902  A Trip to the Moon, considered one of the first science fiction films, was released in France.

1906 The International Federation of Intellectual Property Attorneys was established.

1911 The armored cruiser Georgios Averof was commissioned into the Greek Navy.

1914  The last passenger pigeon, a female named Martha, died in captivity in the Cincinnati Zoo.

1920  The Fountain of Time opened as a tribute to the 100 years of peace between the United States and Great Britain following the Treaty of Ghent.

1928 Ahmet Zogu declared Albania to be a monarchy and proclaimed himself king.

1939 The Wound Badge for Wehrmacht, SS, Kriegsmarine, and Luftwaffe soldiers; and the final version of the Iron Cross were instituted.

1939 Switzerland mobilised its forces and the Swiss Parliament elected Henri Guisan to head the Swiss Army (an event that can happen only during war or mobilisation).

1961 The Eritrean War of Independence officially began with the shooting of the Ethiopian police by Hamid Idris Awate.

1969  A revolution in Libya brought Muammar al-Gaddafi to power.

1970  Attempted assassination of King Hussein of Jordan by Palestinian guerrillas, who attacked his motorcade.

1979  The American space probe Pioneer 11 became the first spacecraft to visit Saturn when it passed the planet at a distance of 21,000 km.

1982  Canada adopted the Canadian Charter of Rights and Freedoms as part of its Constitution.

1983 Cold War: Korean Air Flight 007 was shot down by a Soviet Union jet fighter when the commercial aircraft enters Soviet airspace. All 269 on board died, including Congressman Lawrence McDonald.

1985  A joint American–French expedition located the wreckage of the RMSTitanic.

1987 Lorraine Cohen was sentenced to death by a Malaysian judge for heroin trafficking.

1991  Uzbekistan declared its  independence from the Soviet Union.

2014 – Leigh Cleveland and Peggy Noble, were shot and killed and another staff member was wounded at the Ashburton WINZ office where they worked.