"There is no failure as long as you learn from your experience, continue to work, and continue to press on for success." #MayaAngelou

Robinson, who attended a meeting a meeting in Napier that attracted 300 to 400 farmers and growers said he and just about everyone else there do not disagree with the proposals’ objectives. It is the approach causing frustration among farmers.

Frustration was also the overwhelming feeling at a meeting in Carterton, targeted specifically at farmers and growers, Farmers Weekly columnist Alan Emerson said. . .

Fonterra has confirmed a farmgate milk price of $6.35/kg MS for last season while recording a net loss after tax of $605 million, an improvement on the forecast loss of up to $675m.

Th co-op is reshuffling its management team with its global operations chief operating officer Robert Spurway the only casualty. Fonterra said he chose to leave to return to directly running a company.

Chief executive Miles Hurrell said 2019 was incredibly tough for the co-op but also the year Fonterra made decisions to set it up for future success. . .

Financial results media scrum over, two interviews with journalists down and a swag more scheduled, Fonterra chief executive Miles Hurrell’s baby face is starting to take on some harder edges.

It’s been a marathon couple of months leading to Thursday’s formal presentation of the dairy cooperative’s grim annual results, tempered only slightly by the simultaneous unveiling of a bright and shiny new business strategy.

There are only so many times a man can smile while saying “mea culpa New Zealand”. . .

Sitting out of a shower.
Ryeland/Tefrom cross ewe with #Charollais sired lambs.
Not a usual Kiwi cross. 😁 pic.twitter.com/ZjFZzGLF00

It’s a brisk winter’s night as Kristy Roa and her teammates jog onto a floodlit sports field in Gisborne.

The 20-year-old shepherd heads for the nearest goal, pulling on a clean set of goalkeeper’s gloves as she goes.

A whistle sounds and it’s not long before a muddy soccer ball is hurtling towards the left corner of the goal. . .

Arable farmer Ian Mackenzie and his wife Diana, opened their Eiffelton property in Mid Canterbury to Foundation for Arable Research’s Women In Arable group, to have a close up look at how farming and environmental protection can work hand in hand.

Mr Mackenzie, a third generation farmer on the Akaunui Farm site, spoke about the efforts to help protect the endangered mudfish which live in the farm’s Purakaunui Creek.

The Mackenzies, even after more than 25 years dealing with mudfish on farm, were still learning about the rare breed, as there were few people who knew a lot about them. . .

That night Matariki was above Aoraki. I was there to record the event. #astronomy #NewZealand pic.twitter.com/mobmeOnxyZ

Dubbo to host life facilitator Viv Adcock who can talk to animals including livestock – Lucy Kinbacher:

A life facilitator who says she can talk to animals will visit Dubbo in October to offer livestock producers an opportunity to better understand their animals needs.

Sunshine Coast based woman Viv Adcock will visit the property of Merino sheep breeders, the Coddington family, from October 11 to 13 to talk to their animals about a range of topics including nutrition, handling and welfare. Her work is based on building a connection with animals, along with using body language, to perceive an animal’s behaviour.

Ms Adcock said often failure to fall pregnant, lack of production or low yields for either meat or fleece were signals of bigger problems. . .

. . . why daylight saving starts so soon? 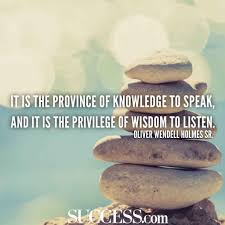 It is the province of knowledge to speak, and it is the privilege of wisdom to listen. – Oliver Wendell Holmes