"Activism is a way for useless people to feel important, even if the consequences of their activism are counterproductive for those they claim to be helping and damaging to the fabric of society as a whole."

Media coverage of the Fish and Game Survey has eclipsed the results from the Ministry for the Environment (MfE) released at the end of last year.

Both were done by Colmar Brunton. Both involved approximately 1000 people.

Fish and Game focussed on ‘Perceptions of the environment: what people think’ and had one results chart. MfE’s report was under the title of ‘Environmental Attitudes Baseline’ with 62 pages of results, analysis and reporting of further questions. . .

And for good reason: over millions of years, it has evolved to cram all of the energy and nutrients we need in early life into one package.

“The sheer amount of growth that babies go through in the first 1000 days of life is astounding.”

McCann, a senior research scientist at AgResearch, said one important part of this period was how different organs and systems developed to boost our potential for good health over a lifetime. . .

This is a regular sight above Julia Creek and surrounds. Decimated herds of cattle clinging to specks of dry land. @9NewsQueensland pic.twitter.com/v1vHrzbj77

When people from overseas think of New Zealand what do they think of?

The All Blacks, Flight of the Conchords and sheep. New Zealand produces the fourth largest export of sheep meat globally and has around 29 million sheep, although in the past this number has reached 60 million.

When close to four million international visitors come to our shores they look to buy things that will remind them of New Zealand. Visitors who find themselves in a tourist destination, like the Hawke’s Bay, are wanting to get something quintessential Kiwi to take home as a gift. They visit tourist shops and reach for pure white toy sheep decorated with cheeky grins. . .

Aspiration met perspiration in Balclutha on Saturday, as the nation’s top shearers and woolhandlers battled it out for Otago honours.

Conditions for competitors at the Otago Shearing and Woolhandling Championships were at the challenging end of the spectrum in the town’s War Memorial Hall, as temperatures topped 28degC.

Demonstrating why he is world champion was Gisborne woolhandler Joel Henare, competing in his final South Island event before he retires later this year. . .

The avocado industry has thrown its hat into the ring to bring the Avocado World Congress to New Zealand for the first time in 2023.

The congress, which is held every four years, brings together 2000 people in the industry including growers, researchers and investors.

Daffodils grown by a Welsh sheep farmer have been found to contain a higher-than-usual amount of galantamine, a compound known to slow Alzheimer’s disease.

His flowers could now be used to help 250,000 patients who have been diagnosed with Alzheimer’s. . .

‘When do we stop talking and start doing?’

The Prime Minister has promised this is the year the government will deliver, but what and when?

The Mental Health Working group delivered its report and the government’s response is more working groups:

The 21-member working group set up to advise the government’s response to the mental health inquiry has been replaced with several more working groups.

But mental health advocates have said the process runs the risk of unnecessarily repeating the inquiry. . .

“Part of our feedback was you have to be really clear what it is you’re asking people, otherwise this could look like the inquiry is just carrying on. When do we stop talking and start doing? . .

Working groups are beginning to look like mushrooms – breeding in the dark.

The question on when the government stops talking and starts doing applies to a lot of other areas where action is needed and words are all we’re getting.

Take the Prime Minister’s address last week.  It had lots of fine words but not a single concrete policy.

Contrast that with National leader Simon Bridge’s first address of the year which had clear and coherent policy on inflation indexing tax brackets.

Unfortunately, many people do not consider fun an important item on their daily agenda. For me, that was always a high priority in whatever I was doing. – Chuck Yeager who celebrates his 96th birthday today.

1974 – Sergeant Murray Hudson died attempting to save the life of another soldier during a live grenade training exercise at Waiouru military camp. 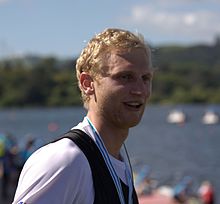