Purl  – denoting or relating to a knitting stitch made by putting the needle through the front of the stitch from right to left; knit with a purl stitch; a cord of twisted gold or silver wire used for bordering or edging something; an ornamental edging of lace or ribbon; ((of a stream or river) flow with a swirling motion and babbling sound; a purling motion or sound.

The application of collective guilt, running from one generation to another, is a dangerous doctrine which would leave few modern nations unscathed. pic.twitter.com/BeN0qSv0mX

I have too much to lose, she said, if I cross that line. Like what? I said. She could not think of anything that day so she said she’d get back to me. Since then I’ve been thinking what I would lose if I cross my line & I haven’t come up with anything either. There’s always another line somewhere. – Crossing the Line – © 2016 Brian Andreas – posted with permission.

Farmers are out of patience with local and regional councils treating them as cash cows.

A recent Federated Farmers survey shows fewer than 4% of farmers believe they get good value for money from their local government rates. It is local government elections this year and those wannabe councillors chasing farmer votes can expect some pointy questions from our sector.

Not so wild about pines:

Concerns about the continued spread of wilding pines are coming from both ends of the country.

Warnings have been sounded in recent weeks about the serious menace not only to the high country but also to Northland’s coastal margins and dune lakes.

One of these is burning up carbon and massively contributing to global warming. The other is converting indigestible grasses and poor quality farmland into habit, while making steak. pic.twitter.com/WLzoqdeIne

A new group has been set up in Kaikoura to help connect young people with an interest in the agri-food sector.

A NZ Young Farmers club has been established, after new resident Hannah Bradshaw noticed a need.

“I moved to Kaikoura late last year. The first thing I noticed was the district didn’t have a place where like-minded young people working in the rural sector could connect,” she said. . .

Drought or tempest on a farmer’s land may fall – Samantha Motion:

“Worm or beetle, drought or tempest on a farmer’s land may fall. Each is loaded full o’ ruin but the mortgage beats ’em all.”

Growing up, a cheery cross stitch bearing this quote by American poet Will Carleton hung in the hall of my family’s farmhouse near Rotorua.

It was meant to be a light-hearted message, I think, but the older I got and the more I understood about the family business, the more ominous I found the words. . .

The U.S. Department of Agriculture estimates that 90% of crop losses are related to extreme weather – but it’s not just the direct impact of summer drought, floods and severe storms. Last week’s cold snap – and others that could still happen in these final weeks of winter – will have significant impact on crops that we may not see for months.

While it’s easy to see how the extreme cold can impact farm-related things like livestock safety, fresh water availability and farm machinery, there are many other impacts of the cold as well. With more than 127 million acres of agricultural land in the Midwest, it’s got crop farmers thinking about the future impact of this cold on crops, particularly the 25% of the land that is used for winter wheat, and perennial crops like alfalfa and fruit trees and bushes. . .

Lab-grown meat could be worse for the environment – Kristin Houser:

Meat farming is a major contributor of the greenhouse gases driving climate change. To ensure we never have to choose between a livable planet and a juicy hamburger, scientists are attempting to efficiently grow convincing imitation meat in the lab using everything from volcano-dwelling microbes to stem cells.

But new research suggests the efforts of those scientists might be in vain — it turns out that growing meat in the lab might actually do more damage to the environment than producing it the traditional way.

For their study, published Tuesday in the journal Frontiers in Sustainable Food Systems, researchers from the Oxford Martin School compared the potential impact on the global temperature over the next 1,000 years of three cattle farming methods and four potential methods for growing meat in the lab. . . 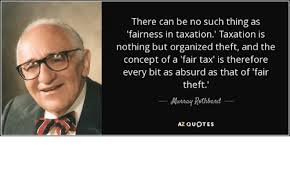 There can be no such thing as ‘fairness in taxation.’ Taxation is nothing but organized theft, and the concept of a ‘fair tax’ is therefore every bit as absurd as that of ‘fair theft.’ – Murray Rothbard

1831 The Treaty of Dancing Rabbit Creek, the first removal treaty in accordance with the Indian Removal Act, was proclaimed. The Choctawsin Mississippi ceded land east of the river in exchange for payment and land in the West.

1870 – The final detachment of the 18th (Royal Irish) Regiment departed from New Zealand, leaving the Armed Constabulary (formed in 1867) responsible for the colony’s internal defence.

1895 Revolution broke out in Baire beginning the second war for Cubanindependence.

1912: The hull of TSS Earnslaw was launched in Kingston.

1981 –  The Ms Gulf of Corinth earthquake registering 6.7 on the Richter scale hit Athens, killing 16 people and destroying buildings in several towns west of the city.

2015 – A Metrolink train derailed in Oxnard, California, following a collision with a truck, leaves more than 30 injured.