He is probably best known for his work with Queen, but my favourite is The Platters’ song The Great Pretender.

It was often played on the radio when I was taking my children to and from Dunedin Hospital. A couple of lines really resonated with me:  . . . pretending that I’m doing well/My need is such I pretend too much/I’m lonely but no one can tell . . .

It helped to hear someone express something of what I was feeling then. When I hear it now I remember a little bit of how it felt. But rather than feeling maudlin I’m comforted by the knowledge that bad times pass and it is possible to be happy again.

A world-wide survey was conducted by the UN. The question asked was:-

“Would you please give your honest opinion about solutions to the food shortage in the rest of the world?”

The survey was a huge failure because:

In Eastern Europe they didn’t know what “honest” meant.

In Western Europe they didn’t know what “shortage” meant.

In Africa they didn’t know what “food” meant.

In China they didn’t know what “opinion” meant.

In the Middle East they didn’t know what “solution” meant.

In South America they didn’t know what “please” meant.

In the US they didn’t know what “the rest of the world” meant.

And in New Zealand they hung up because they couldn’t understand the accent of the call centre staff.

Cream butter, sugar and lime zest until light and fluffy then gradually beat in lime juice.

Roll dough into walnut sized balls and roll each one in the sugar mixture.

Place on baking tray and flatten lightly with the back of a fork.

Bake 180 degrees for 20 minutes or till bottoms are golden brown and edges start to colour.

Makes about 40.  Lemon zest and juice work well if you don’t have limes. 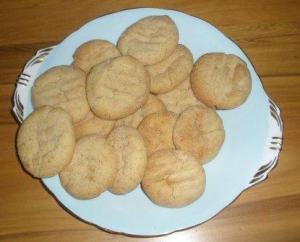 It’s a lovely book – so good that mine has gone north for a while with a student who uses it for stress release.

Charmian Smith from the ODT interviewed its author, Alexa Johnston, when the book was published last year:

In the 1970s, as a feminist, she believed political and social change were necessary for women to have control of their own lives, but she still chose to bake as a hobby.

“Feminism is about choice and baking was a choice. For some women it was a huge relief not to have to bake.

“Now where feminism is, it is still possible to make a choice, and I think baking is a better way of spending your time and money than going out and buying stuff – and you end up with a better result, too,” she said.

“When you bake for other people it gives them pleasure as well. It’s a bit of a win-win situation.”

I used to bake several times a week but when I stopped feeding our staff I stopped baking too.

However, now I don’t have to do it I sometimes choose to do it and have come to enjoy baking again.

Good for gym but not for taxpayer

It might be good for gyms, but not for taxpayers.

Taxes should be used to raise the money the government needs for essentials, they should not be used as a moral guide.

Alcohol and tobacco taxes are justified because of the costs to the state of crime, accidents and health problems which result from the abuse of them.

Regular exercise has health and social benefits but behaviour modification isn’t a good excuse for complicating the tax system.

It would be much better to have a simple tax system which takes less from businesses and individuals and leaves them free to choose what to do with more of the money they’ve earned.

How’s the view from your gym?

It’s pretty good from mine: 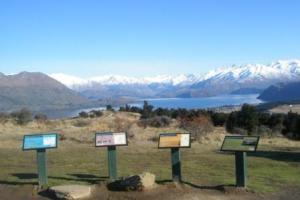 The ODT’s criterion for its Class Act awards is simple: excellence.

Every year since 2000 the paper has asked Otago’s secondary schools to nominate two pupils each on the basis of what they’ve have achieved and their potential for success in the future.

Each year the paper arranges a ceremony where the Prime Minister presents the recipients with their awards and the ODT shares their accomplishments with its readers.

Class Act unashamedly celebrates academic, sporting, social, artistic or cultural excellence and many of the recipients excel in more than one field.

It’s a classy act by the paper.

Today’s ODT looks at where the Class Act recipients of 2002 are now.