A New Year’s resolution is something that goes in one year and out the other.

New Year’s Day … now is the accepted time to make your regular annual good resolutions. Next week you can begin paving hell with them as usual. ~ Mark Twain

Good resolutions are simply cheques that men draw on a bank where they have no account. ~ Oscar Wilde

New Year’s Resolution: To tolerate fools more gladly, provided this does not encourage them to take up more of my time. ~ James Agate

New Year’s is a harmless annual institution, of no particular use to anybody save as a scapegoat for promiscuous drunks, and friendly calls and humbug resolutions. ~ Mark Twain

Yesterday, everybody smoked his last cigar, took his last drink and swore his last oath. Today, we are a pious and exemplary community. Thirty days from now, we shall have cast our reformation to the winds and gone to cutting our ancient shortcomings considerably shorter than ever. ~ Mark Twain

Gibbston winemakers say they also could be faced with a shortage of seasonal workers after hot weather conditions mean they are ahead of schedule for grape picking.

Grant Taylor, of Gibbston’s Valli Vineyard, has never seen such an early harvest in more than 25 years in the industry.

While perfect conditions will ensure a bumper crop, he worries labour could be an issue.

“It is a real concern that because things are early there won’t be enough pickers in the region. Usually we pick in April but I wouldn’t be surprised if we were picking at the middle of March.” . .

Milk once a day to avoid burn out – Christine Allen:

The co-ordinator of Northland’s Rural Support Trust is urging the region’s dairy farmers to reduce to once-a-day milking and plan for time off over the summer holidays to prevent burnout and stress later on in the year.

Northland Rural Support Trust co-ordinator Julie Jonker said those working in agriculture could often resist taking time off as, unlike many other business models, they can’t just “close the door and leave”.

Ms Jonker said that while most farmers took their large break later in the year, once cows were dried off, they still needed to plan for days, or half days, away from the farm as many had been working hard since calving earlier in the year. . .

Any Dairy Farmers want to swap bales of wool for blocks of butter? pic.twitter.com/YiCra6Nlx1

On the Monaro, the quest for the golden fleece is no legend, it’s a woolgrowing victory fashioned over the decades, making finer wool but increasing fleece weights. Access to top stud stock, improved pastures and adapting shearing times has created the legend.

Steve Blyton from TWG Cooma has seen average microns for the Monaro reduce from 21 microns to about 18 microns due to “breeding being so good in the area”. Some growers have seen a 3 micron improvement in their flock fleeces with fleece weight gains. . .

Mr Balfour has been involved with importing and exporting cattle between Argentina, Paraguay, Uruguay, Chile, Canada, the US, Great Britain, South Africa, Australia and New Zealand for more than 30 years. . .

Want to crash an insect population? Slip in a self-limiting gene and topple the family tree in two to three generations. The promise of biotech mosquitoes to combat the pest that spreads Zika, dengue and yellow fever grabs the headlines, but just off center stage, the same technology utilizing genetically engineered (GE) insects is being tested on U.S. farmland.

With the flick of a genetic switch, agriculture could turn the sex drive of an insect against itself. The arrival of GE insects in farming could usher in a new wave of pest management, based on species-specific tools targeting pest insects, and result in a significant reduction in broad-spectrum insecticide applications. GE insects may provide growers with a major new pest weapon if all goes according to plan. . . 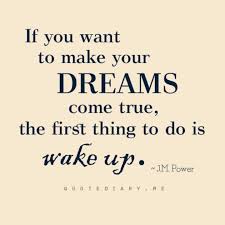 If you want to make your dreams come ture, the first thing to do is wake up. J.M. Power

2011  – Owing to a change of time zone the day was skipped in Samoaand Tokelau.

2013 – More than 100 people were killed when anti-government forces attacked key buildings in Kinshasa, Democratic Republic of the Congo.