Two brothers in my hometown decorate their tractors every Christmas. Fair to say they've outdone themselves this year. pic.twitter.com/02NsnVGjot

Stelliferous – having or abounding with stars; filled with stars; starry; having star-shaped markings.

It used to take years to get from one Christmas to the other, I’m not sure if it’s even been weeks since the last one.

But however quickly it’s come, it is Christmas Eve.

Thank you to all who read and especially to those of you who add to the conversations.

Wishing you all the joys of Christmas and may 2018 be especially kind to you and yours.

We wanted to do something this season that was filled with light for us all & it turns out the easiest way to start is just saying we love you & we’re glad you’re here. – Love Light © 2017 Brian Andreas – posted with permission.

Dear Farmers
I’m sitting here in my city office sipping my first of several lattes, and thinking of you.
This should be a time of peace and joy throughout the land. But for many on the land right now, this is a time of deep pain and sorrow. Six of your own have died from suicide over the last month alone. And they were all young, with a life full of promise.
That is heartbreaking news, and although I’m just another latte-sipping Aucklander, actually I give a damn. One life lost, is one too many. Six is an epidemic that’s hard to comprehend. It’s not just those precious lives that have ended. It’s the impact on the families, farm workers, and rural communities left behind to try and deal with what’s happened and pick up the pieces as best they can.
So what’s going on?
I heard a Masters student on the radio yesterday who’s been talking to many farmers. She said that amongst the triggers leading to farmer suicide, one factor was the feeling of being continually picked on by the media.
She’s right. You farmers get it in the neck for shitting in our rivers, using up our water, treating your stock badly, warming our planet with emissions, and so on.
Of course, we never stop and thank you for the milk for our lattes, the cream for our strawberries, the steak for our summer barbecues. These things all come from the supermarket, right? That’s about as much as we want to know.
We never choose to see or believe the care you have for your land, or the work that goes into providing exactly what we need.
So I want to say thank you to the farmers like you who do a bloody hard job, bloody well. No matter how tough it gets out there, please remember that even if you start to feel worthless, your life is a very precious thing. It’s worth a shit-tonne more than your farm will ever be.
So this Christmas, give yourself a break. And please, share the word dear farmers, that you’re not hated. You’re loved. Take care.
Merry Christmas.

Thanks Matt, we appreciate your appreciation. 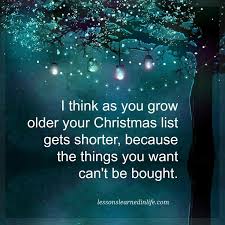 I think as you grow older your Christmas list gets shorter, because the things you want can’t be bought.

1953 Tangiwai railway disaster – The worst railway disaster in New Zealand’s history occurred on Christmas Eve 1953 when the Wellington-Auckland night express plunged into the flooded Whangaehu River, just west of Tangiwai in the central North Island. The accident happened after arailway bridge was destroyed by a lahar.

1969– Ed Miliband, leader of the British Labour Party, was born.

2005 – Chad–Sudan relations: Chad declared a state of war against Sudan following a December 18 attack on Adré, which left about 100 people dead.

2008 – Lord’s Resistance Army, a Ugandan rebel group, begins a series of attacks on Democratic Republic of the Congo, massacring more than 400.