Best wishes for an environmentally conscious, socially responsible,
low stress, non-addictive, gender-neutral, summer solstice holiday,
practiced within the most joyous traditions of the religious
persuasion of your choice , but with respect for the religious
persuasion of others who choose to practice their own religion as well
as those who choose not to practice a religion at all; plus… A
fiscally successful, personally fulfilling, and medically
uncomplicated recognition of the generally accepted calendar year
2018, but not without due respect for the calendars of choice of other
cultures whose contributions have helped make our society great,
without regard to the race, creed colour, religious, or sexual
preferences of the wishes, wishers and wished-to.

Disclaimer: This greeting is subject to clarification or withdrawal.
It implies no promise by the wisher to actually implement any of the
wishes for her/himself or others and no responsibility for any
unintended emotional stress these greetings may bring to those not
caught up in the holiday spirit.

(BusinessDesk) – Aad van Leeuwen found himself at the centre of a storm when he reported an outbreak of Mycoplasma bovis in his South Canterbury herds but said the bacterial cattle disease didn’t originate on his farms and if government compensation doesn’t come through soon his operation could go under.

“It’s been devastating,” the owner of Van Leeuwen Dairy Group told BusinessDesk. “We are struggling at the moment. Because we notified the disease we are eligible for compensation, but it’s a battle. It’s not coming through. The government is very slow and confusing. This could put us under if it doesn’t come through. It’s as simple as that.”

Van Leeuwen Dairy is a large-scale, high-performance dairy business in the South Island with 16 farms and associated business, including silage. . .

One of Japan’s two largest meat processing and marketing companies, Itoham Yonekyu Holdings, has received OIO consent to increase its shareholding in ANZCO Foods from 65% to 100%. It will acquire the shares currently held by ANZCO’s management (18.24%) and Japanese food company Nissui (16.76%) as a carefully planned transition which will see founder and chairman, Sir Graeme Harrison, retire at the company’s AGM in March.

Itoham Foods have held shares in ANZCO since 1995 when they combined with ANZCO management to complete a buyout of the New Zealand Meat Producers’ Board, forerunner of Beef + Lamb NZ, in 1995, having formed a 50/50 JV with ANZCO in 1989 to establish Five Star Beef Limited with its large scale feedlot near Ashburton. Nissui, a joint owner of Sealord with Maori, have also been involved since the beginning, so this latest transaction means the end of a 28 year association. . .

A South Canterbury blackcurrant farm is cashing in on the berry’s “superfood” status.

Tony Howey and his wife bought a blackcurrant orchard near Pleasant Point, about two hours south of Christchurch, 12 years ago.

In the past few years in particular, and since converting their farm into an organic one, their business and brand ViBERi has taken off.

Mr Howey said since blackcurrants were high in Vitamin C and antioxidants, they were able to market their products for their health benefits. . .

National Party Spokesperson for Rural Communities Barbara Kuriger has backed the call for the Government to declare a medium scale adverse event to better support those affected by the rapidly emerging drought conditions in Taranaki.

National Party Spokesperson for Rural Communities Barbara Kuriger has thanked the Rural Support Trust for the care and support they extend to people who are facing challenges and encourages those in need to reach out.

“This year has seen a number of challenges for the rural community. The Rural Support Trust has worked tirelessly to help support those who are in challenging times.

“The current extreme weather conditions across the country present hard times for farmers for a number of reasons, especially due to the need to source feed for animals. . .

San Francisco-based Allbirds started selling its minimalist woollen sneakers direct to consumers in March 2016 and has online operations in the US and New Zealand, shops in San Francisco and New York, and a steady stream of pop-up outlets. It began selling online in Australia on Nov. 21 in response to customer demand from the world’s biggest merino producing country. . .

The price for A-Grade export logs reached $129 a tonne, up from $128 a tonne last month, and $127 a tonne the month earlier, marking the highest level since AgriHQ began collecting the data in 2008, according to the agricultural market specialist’s monthly survey of exporters, forest owners and saw millers. All of the main log grades tracked by AgriHQ either held steady or lifted as much as $2 a tonne on the previous month, AgriHQ said. . .

Sealord Group Ltd has reported a profit from continuing operations of $21.8M for its financial year ended 30 September 2017.

Net Profit Before Tax from continuing operations of $28.2M was + 10.2% ahead of the previous year.

This was before a net cost related to discontinued operations of $3.2M. . .

Summer #solstice17 is the last day of #shearing17. A fitting culmination.#sheep365 pic.twitter.com/PmK42FUNVp 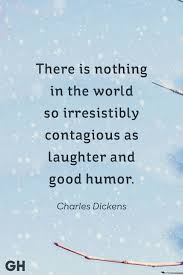 There is nothing in the world so irresistibly contagious as laughter and good humour. – Charles Dickens

484 – Huneric died and was succeeded by his nephew Gunthamund, who became king of the Vandals.

679 – King Dagobert II was murdered in a hunting accident.

1572 – Theologian Johann Sylvan was executed in Heidelberg for his heretical Antitrinitarian beliefs.

1688 – As part of the Glorious Revolution, King James II of England fled England to Paris after being deposed in favor of his nephew, William of Orange and his daughter Mary.

2007 – An agreement was made for the monarchy of Nepal to be abolished and the country to become a federal republic with the Prime Minister becoming head of state.

2010 – A monsoonal trough crossed the northeastern coast of Australia from the Coral Sea, bringing mass flooding across Queensland.