Apoptosis – the death of cells which occurs as a normal and controlled part of an organism’s growth or development;  a normal, genetically regulated process leading to the death of cells and triggered by the presence or absence of certain stimuli; a process of programmed cell death that occurs in multicellular organisms.

All the times I imagined the future, I never saw you in it, so now when someone asks me what I think will happen, even about the simplest things, I shake my head & say I don’t know for sure, but leave room for something wonderful. Something Wonderful © 2016 Brian Andreas – posted with permission.

When I went out to see my parents the other night, Dad looked pretty worried. Every now and then I would catch him looking out the window at the sea of yellowing grass on our little dairy farm. “It’s going to be one of the worst droughts in decades,” he said absentmindedly.

My patience wore thin. “You usually vote for National, right?” I asked. Dad said nothing in silent confirmation.

I adopted my most scolding voice.

“You farmers have a lot of nerve being upset about this. You lot are always voting National. But National is the party that allowed water bottling companies to dig up our water and ship it overseas. Surprise, surprise, we’ve run out – it’s all in other countries! Now you have the temerity to wince and try to guilt us over the great summer we’re enjoying?” . .

Hi, we’re James and Bridget and we run Quambatook farm near Oamaru. The Aboriginal name of Quambatook means ‘place of rest’. We are fifth generation farmers in partnership with James’ parents Ray and Kathrin McNally.

We converted to dairy ten years ago and currently milk 800 cows increasing to 900 in the 18/19 season. We have three children, Charlotte (5), Jimmy (3) and Olivia (1). They all love getting out and about on the farm and helping.

Our main purpose is to be environmental stewards for the next generation and dairy farming is providing us with a pathway to succession.  We would love to have people come and visit our farm to inform and educate them about how a sustainable dairy business works and show them how much we care about our environment. . .

Open Gates day a chance for farmers to show they care about the environment – Gerald Piddock:

Wynn Brown hopes opening the gates of his dairy farm will put a human face on an industry that increasingly is offside with the public.

The Matamata dairy farmer is one of eight farmers around Waikato and 40 around the country taking part in Fonterra’s Open Gates day on Sunday, December 10.

The industry “had taken a fair bit of a beating” over the last six months and he hoped the day would go some way to changing that.

“My hope is that it bridges the gap between urban and rural and that urban people can see that we are trying hard to do the right thing.” . .

Meat company choice clearer than it’s every been – Allan Barber:

November used to be the month when we could get a comprehensive idea of the financial state of the meat industry because annual results were published in quick succession by three of the major processors: Alliance, Silver Fern Farms and AFFCO. When AFFCO was absorbed as a wholly owned subsidiary of Talley’s, there were still the two cooperatives to provide a comparison, but now SFF’s balance date is 31st December. So we must now wait until March to find out about ANZCO and SFF. This means Alliance’s result is the only one which can give a factual record of the traditional meat year, while it is still reasonably fresh in the mind.

Therefore the headline numbers – turnover up 13%, $20.2 million operating profit (2016 $10.1 m), $11.4 million pool distributions ($9.8 m) and 71% equity (70.6%) – make encouraging, if not exactly overwhelming, reading and suggest Alliance has turned a corner after last year’s near breakeven performance, while also indicating a better trading environment for the industry as a whole. This has also occurred against the backdrop of improved returns for sheep and beef farmers. That said, last season was easier for sheep meat dominant processors than for those with larger beef businesses because of the respective climate effects on livestock flows. . .

Mycotoxins threaten animal health and producer profits, so identifying and addressing these hidden challenges is important for farmers.

The testing is available to New Zealand farmers, but it is done in Ireland, an Alltech NZ representative says. At least 140 samples have been sent from NZ with interesting results. . .

A campaign to market mastitis treatments to dairy farmers has been recognised at the Westpac Waikato Business Awards.

At the start of the 2016-17 season Virbac targeted the lactating cow intramammary market where rival products had been used for many years. . . 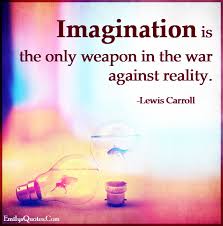 220 – Cao Pi forced Emperor Xian of Han to abdicate the Han Dynastythrone. The Cao Wei empire was established and the Three Kingdomsperiod began.

1684  Isaac Newton’s derivation of Kepler’s laws from his theory of gravity, contained in the paper De motu corporum in gyrum, was read to the Royal Society by Edmund Halley.

1994 – Rwandan Genocide: Military advisor to the United NationsSecretary-General and head of the Military Division of the Department of Peacekeeping Operations of the United Nations Maurice Barilrecommended that the UN multi-national forces in Zaire stand down.

2013 – The life of Nelson Mandela was celebrated in a memorial serviceat FNB Stadium in Johannesburg.

2014 – Palestinian minister Ziad Abu Ein was killed after the suppression of a demonstration by  Israeli forces in the village (Turmus’ayya) in Ramallah.

2016 – Two explosions outside afootball stadium in Istanbul, Turkey, killed 38 people and injured 166 others.