Effleurage – a form of massage involving a repeated circular stroking movement made with the palm of the hand; a massage technique of using long, smooth, rhythmic strokes over the skin.

Searching for mother at Story People gave me so many wonderful words, I couldn’t choose just one so here’s a bonus:

Moms come in all shapes & sizes, but they’re pretty easy to recognize because they’re the ones who teach you stuff all the time about how to be in the world & sometimes that sounds a lot like: chew with your mouth closed, sit still. stand up straight, be polite, Look them in the eye. & sometimes it seems like that sort of thing doesn’t add up to a whole lot. Until the day you feel the soft ache of love in your heart that makes you take care with a friend who hurts or when you look in a stranger’s tired eyes & you stop & smile. Or when you listen to the ABC song for the thousandth time & you laugh & say ‘again’ & suddenly you understand that is the real thing moms do & it adds up to the whole world.

I sometimes wake in the early morning & listen to the soft breathing of my children & I think to myself, this is one thing I will never regret & I carry that quiet with me all day long….

What kind of mother are you?

What kind of mother are you?

You are a natural mother!

You are a very loving, nurturing, emotional and intuitive person. You truly care about the people in your life, and you will do anything to make them happy, especially when it comes to your family.
From the very first moment your baby came into this world and your life, you felt an endless amount of love. You will always be there for your child with a helping hand, a listening ear and many words of wisdom. You truly are an amazing mother, and every child should be lucky to have you.

$ value of stay at home mother 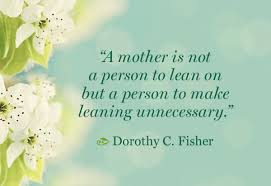 1897 Ethel Benjamin became the first woman in New Zealand to be admitted as a barrister and solicitor.

1925 – William Ferguson Massey, or ‘Farmer Bill’ as he was known by many, New Zealand’s second-longest-serving prime minister, died.

200 – An EF4 tornado struck the Oklahoma–Kansas state line, killing 21 people and injuring over 100.

2012 – The Damascus bombings:  a pair of car bombs detonated by suicide bombers outside a military intelligence complex in Damascus, killed 55 people and injured 400 others.

2013 – The Freedom Tower became the tallest building in the Western Hemisphere.