Mudita – pure joy unadulterated by self interest; sympathetic or vicarious joy; happiness in the joy of others.

In late March the Canterbury dairy farmers and National Winners of the 2014 Ballance Farm Environment Awards embarked on a 25-day trip to the United Kingdom, Netherlands and Ireland, visiting a wide range of dairy farms

Mark says a key aim of the tour, which was facilitated by the New Zealand Farm Environment Trust and supported by a range of industry groups, was to study intensive dairy farming systems in Europe and to find out how farmers were using technology to improve sustainability. . .

Tim Groser’s warning that the dairy sector would effectively have to guts it out during a period of low milk payouts was timely.

It’s perhaps easier said than done maybe from the perspective of a Trade Minister.

But dairy farmers are a resilient lot. They’ve been through cyclical times before.

Yet, last week’s Fonterra announcement that the co-operative has downwardly revised its 2014/2015 payout forecast back to $4.50/kg milk solids (from $4.70) was still a hard knock for those that had factored the higher track into their own financial planning.

Federated Farmers pointed out just how difficult it was for some dairy farmers with their comment that the average Canterbury dairy farmer was now facing a loss of 91c for every kilogram of milk solids that they produced. . .

(BusinessDesk) – ANZ Bank New Zealand, the country’s biggest lender, was the most aggressive in pitching interest rate swaps to farmers, over which it subsequently agreed to pay $19 million in compensation, the Commerce Commission says.

General counsel competition Mary Anne Borrowdale told Parliament’s primary production select committee that of the three banks to settle with the regulator, ANZ had the most customers involved and was investigated over both the way it was able to move its margin and the break fees it charged farmers for an early release. While ANZ announced its settlement with the regulator before ASB Bank and Westpac Banking Corp, it only just made its offer to farmers yesterday. The three banks’ collective settlements totalled $24.2 million. . .

The New Zealand Veterinary Association (NZVA), which played a key role in helping to shape the Bill, says some of the key changes include the legal recognition of animal sentience, which is sensation or feeling in animals, for the first time in New Zealand law.

NZVA President Dr Steve Merchant says: “Veterinarians are at the vanguard of animal welfare advocacy and public support is behind us in the call for greater clarity on issues concerning animal welfare and increased sanctions for animal cruelty. . .

Avocado exporter Avoco says its growers are celebrating the end of a season where they not only got a bumper crop – but decent prices for their fruit too.

Avoco said strong end-of-season demand from Australia lifted returns for growers – to $15 per tray for large avocados and $14 per tray for smaller fruit.

Avoco director John Carroll said the company exported a record volume of fruit – 4.5 million trays, out of a total 7 million trays – and still managed to get good returns for its 700 plus growers. . .

Fonterra Brands New Zealand Managing Director Tim Deane said that with other organic milk brands only available in certain regions or very expensive, Anchor is on a mission to make organic milk more widely available at a fair price.

“We want to put organic milk in reach of more New Zealanders. We’ve done just that through our nationwide distribution and providing Anchor Organic at an everyday price that works out at only about 20 cents extra per glass compared to our standard Anchor milk,” said Mr Deane. . .

The weighted indicator for the main trading currencies was down 1.79 percent compared to the last sale on 30th April.

A young girl was wathing her mother work when she noticed that her mother had several strands of white hair in stark contrast to her dark brown hair.

The little girl asked, “Why are some of your hairs white, Mom?”

“Well, every time that you do something wrong and make me sador upset, one of my hairs turns white,” her mother replied.

The little girl thought about her mother’s words for a few moments and then said, “Mummy, how come all of grandma’s hairs are white?”

The company which bought the former Crafar farms has won an award for turning the business around using New Zealand management, labour and skills.

Shanghai Pengxin bought Crafar Farms in 2012 for more than $200 million.

Gary Romano, chief executive of Pengxin International, said the award was recognition for how they had run the farms.

Shanghai Pengxin’s purchase of the farms was controversial – but Mr Romano believed it had been good for New Zealand.

“Look, as a New Zealander, I did think to myself, am I doing something that’s good for New Zealand as well as my company?

“After speaking to a number of economists and thinking clearly through this I’ve come to the view that there is absolutely no downside to foreign investment.

“I think some of the things that the Overseas Investment Office does are very correct.

“So, things like making sure there’s been no money laundering, the right amount of taxes have been paid, people of good character, and that we’ve paid a fair price for the assets in a contestable process – all those things are very, very useful for New Zealand.”

He said once those tests had been passed, such investment provided oxygen for the economy. . .

The combination of foreign investment and local skills has been a winning one which shows the benefits that can result from allowing overseas ownership of some land. 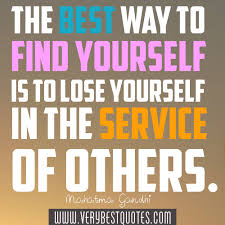 1457 BC – Battle of Megiddo between Thutmose III and a large Canaanite coalition under the King of Kadesh – the first battle to have been recorded in what is accepted as relatively reliable detail.

1874  The first horse-drawn bus made its début in the city of  Mumbai, traveling two routes.