Palm oil out of chocolate, camel milk in

Consumers rule – Cadbury has bowed to pressure  from customers upset by the company’s decision to add palm oil to its chocolate.

They’re dumping the oil and reverting to the original recipe which uses cocoa butter.

They are also sticking to the glass and a half of milk of which they boast and as far as I know that’s dairy milk.

On the other side of the world that’s not the case. Al Nassma  a Dubai-based company is producing camel milk chocolate.

If the good people of Dubai can do it with camels, why can’t we do it with sheep?

The NZ Week this week:

The New Zealand Week is a digest of news and views from New Zealand and around the world.

Among the stories covered this week are:

What would a teetotaller know about making cocktails?

We read the news so you don’t have to sums up  what  The New Zealand Week does.

The weekly digest provides a comprehensive round-up of major news stories of the week which brings you up to date on anything you might have missed.

It also has a few off-beat stories like this one on holy sex from the Guardian.

Headlined Sex and God do mix – according to ‘Catholic Kama Sutra’ it says:

The correct Roman Catholic sexual position is not, as many might imagine, missionary, infrequent and with the lights out, but “saucy, surprising and fantasy packed”.

The bleak traditional view was St Paul’s injunction to the Corinthians: “It is better to marry than to burn with passion.” However, a Polish priest who has written a surprising bestselling sex manual dubbed the “Catholic Kama Sutra” believes it is better still to marry and burn with passion.

The first edition of the book by Father Ksawery Knotz, a Franciscan from a monastery outside Krakow, titled Seks (in very large letters) and “for married couples who love God” in rather smaller type, has sold out and is being hastily reprinted in Warsaw.

And how does a celibate monk get his information?

“I talk with a lot of married couples and I listen to them, so these problems just kind of sit in my mind,”

Wouldn’t that be a bit like someone on a diet listening to people talk about banquets?

And wouldn’t the resulting book be a bit like one of cocktail recipes written by a teetotaller?

Too busy to pray?

Just pay Information Age Prayer and they’ll do it for you.

Information Age Prayer is a subscription service utilizing a computer with text-to-speech capability to incant your prayers each day. It gives you the satisfaction of knowing that your prayers will always be said even if you wake up late, or forget.

We use state of the art text to speech synthesizers to voice each prayer at a volume and speed equivalent to typical person praying. Each prayer is voiced individually, with the name of the subscriber displayed on screen.

There’s packages for different denominations and religions – Protestants and Catholics can get the Lord’s Prayer daily for just $3.95, add another $3.95 and you can pray for peace as well.

Jews and Muslims can pay/pray for their children for just $1.99.

If you don’t fit into those categories there’s one for other religions as well.

Forgive me for my cynicism, but I think this is more mammon than mission.

Strange but true, The New Zealand Week reports that Japan has come up with the bossum pillow.

Soft, rounded and oh, so touchable … the billowy, bosomy Oppai (‘breasts’ in Japanese) Pillow is the stuff young boys might dream of.

If you follow the link  above you’ll see a picture of it.

I’m not sure whether to be amused or affronted, but women who find this offensive might have the last laugh because TNZW also highlights a story on Amazonian ants:

Like the warrior women of legend, one breed of Amazonian ant has rid itself entirely of males and is now a completely female species.  . . These ants are the first to be shown to reproduce entirely without sex and the females’ sexual organs have degraded to the point they are physically incapable of mating.

If ants can do it will people be far behind?

TNZW is a web-based news digest, published every Friday which covers serious issues as well as the froth I’ve mentioned.

Generating energy from crops which can be planted year after year sounds as if it would be better than using carbon based fuel from finate sources.

But what if rain forests are being clear felled to plant oil palms for biofuel and what if the palms grown generate more carbon than petroleum?

Because oil palms don’t absorb as much CO2 as the rainforest or peatlands they replace, palm oil can generate as much as 10 times more carbon than petroleum, according to the advocacy group Food First. Thanks in large part to oil palm plantations, Indonesia is now the world’s third-largest emitter of CO2, trailing only the US and China.

Yet Indonesia aims to expand these plantations from 16 million acres currently to almost 26 million by 2015. If deforestation, which is due largely to oil palm, continues at the present rate, 98 percent of the country’s forest—one of only a handful of large rainforests remaining in the world—will be degraded or gone by 2022. And although Indonesia has strict environmental regulations and formally recognizes customary land rights, those laws are only as effective as the local bureaucrats enforcing them.

Cropping for bioduels is still in its infancy in New Zealand and no-one is clear felling forests to plant them. But another criticism of biofuel crops is that they are replacing food crops and so contributing to global food shortages.

Companies involved with biofuel here say they won’t be using land previously used for food crops but that doesn’t leave a lot of productive land and if it wasn’t already productive you have to ask why?

Could it be that the soils weren’t very fertile in which case a lot of fertiliser will be needed to produce good yields? What’s the environmental impact of that?

Even if they don’t need extra fertiliser, can we be sure that the energy required to cultivate the land, sow and harvest the crops and produce the fuel from them isn’t greater than the energy that will be produced in the end?

Once upon a time not so very long ago when life moved at a more sedate pace the daily paper was the main source of news for most people.

Now newspapers compete with a variety of published, broadcast and on-line media which makes life difficult for them and also for those wanting to keep up to date.

Even a media junkie with an unfortunate predilection for work avoidance can’t possibly keep up with all the news and views from so many sources which is why I enjoy The New Zealand Week.

It’s an on-line digest of  news from around New Zealand and the world which brings readers up to date with current events, summing up views from a variety of local and overseas media and, like a good magazine, it leavens the hard news with updates on the arts, film and theatre, travel and cartoons.

One of the things I like about The New Zealand week is that it greets you with a cartoon on its front page.

This one is from this week’s edition: 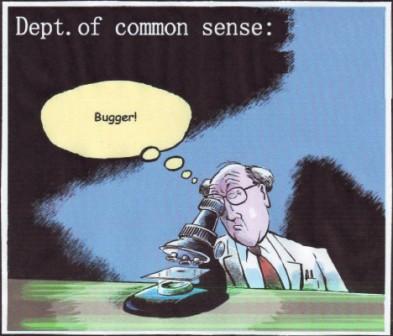 The New Zealand Week , an on-line review of national and international media, was launched last week.

It looks classy, like a quality magazine with a clean, clear layout,  and it’s easy to navigate – you just click on the top corner of each page to get to the next one.

It aims to provide a one-stop catch up on what’s happened in the previous week and I think it succeeds.

Most people would have come across the major news stories already, but not the summary of views on them, and although I think I’m a news junkie it covered several stories which were new to me.

It credits all sources thought doesn’t link to them, however when I wanted to read more on a story I got to the original in a couple of clicks via Google.

My only criticism is that it doesn’t appear to have any archives which meant when I went back to read something I’d only skimmed in last week’s copy it was no longer available.

If you subscribe you’ll get an email every Friday morning with a link to the new edition.

Declaration of potential interest: Late last year I got a phone call asking if I’d be interested in contributing to The New Zealand Week. It was tempting because I liked what it was aiming to do but I didn’t want to commit to a weekly deadline so turned down the offer, however, we’re still discussing the possiblity of an occasional contribution.