Paula Bennett used Facebook to announce she got married at Piha yesterday.

That provides the escuse to use one of the loveliest blessings I’ve come across which was written by Pinky Agnew:

May God grant you:

Enough love to give each other trust,

Enough trust to give each other faith,

Enough faith to give each other strength,

Enough strength to give each other courage,

Enough courage to give each other freedom,

And enough freedom to give each other love.

In fairytales, couples marry and live happily ever after. In real life it’s not quite that easy.

When making the vows most think only of the better, not realising that often it comes only after, and sometimes because of, the worse.

You won’t have some of the pressure many others face in ordinary day to day life. But you’ll have others, not least that of being in the public eye.

Today your marriage ceremony is expected to be watched by 2 billion people, your every move will be recorded and dissected.

I will be among those watching and wishing you well. Some people are cynical about weddings in general and yours in particular. But I’m with Robert Saxton who said: In a time when nothing is more certain than change, the commitment of two people to one another has become difficult and rare. Yet, by its scarcity, the beauty and value of this exchange have only been enhanced.

While a marriage ceremony is public, and yours more than any other, you are making a private commitment. It will be in front of others but between the two of you.

In spite of all the people watching, the vows you exchange will be made  to and for each other. It is only you two, alone together, who can honour and uphold the promises and make your partnership work.

You are having what many regard as a fairytale wedding but it won’t be a fairytale marriage. In real life there is no such thing but there are long and happy unions.

I wish you that and, in the words of Pinky Agnew:

May God grant you:

Summer is traditionally wedding season but five weddings in three countries in two months is somewhat more than the norm.

The first was at the Enfield Presbyterian Church in North Otago: 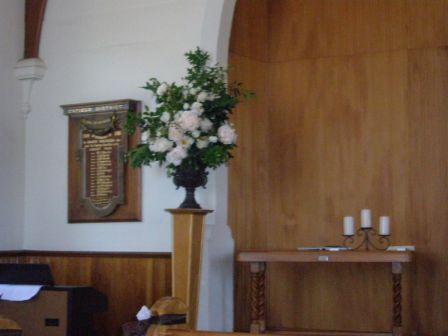 It was followed by a reception at Riverstone Kitchen.

Religious marriage ceremonies aren’t legally recognised in Argentina so if you want to be married in a church you have to have a civil ceremony first. The civil ceremony for the second wedding was held a few weeks before we arrived but the religious ceremony and party we attended more than made up for missing that.

The wedding service took place in a church in Mar Del Plata: 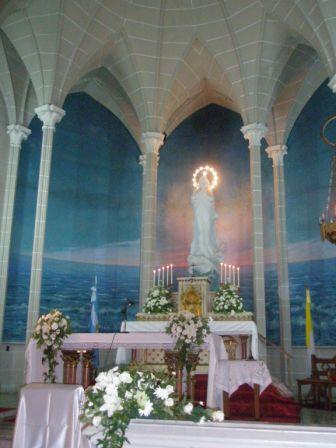 It started at 8.30 in the evening and was followed by a reception which was just starting to wind down when we left at 6.30 the following morning.

Three days later we attended the civil ceremony for wedding number three in Buenos Aires then the religious ceremony in Pilar the following weekend. 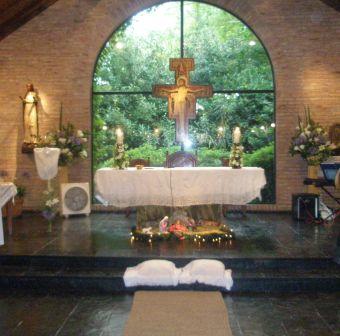 That started at 7.30 in the evening, which is early for Argentina, and the reception was still in full swing when we retired at 5.30a.m.

The fourth marriage service took place in a beautiful North Otago country garden and was followed by dinner and dancing in what was a grain store and is now the NZ Malt Whisky Company’s  headquarters in Oamaru’s historic precinct. 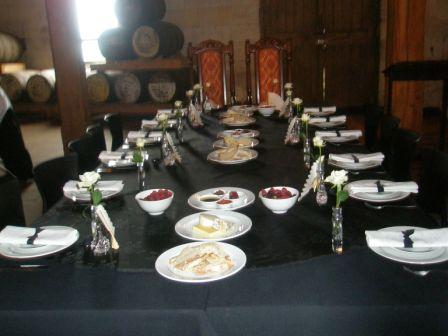 Wedding number five took place in Townsville. The ceremony started with the bride’s father playing the bagpipes and concluded with the release of tropical butterflies. 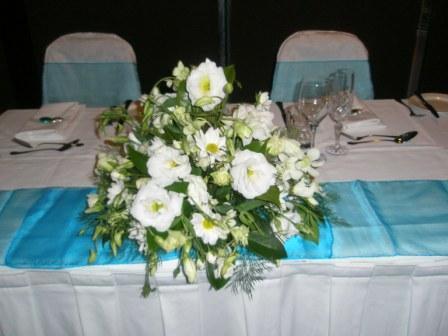 The groom is a prawn fisherman so when we went in to dinner we were greeted by a platter but in the excitement I didn’t think to take a photo until we’d all had several: 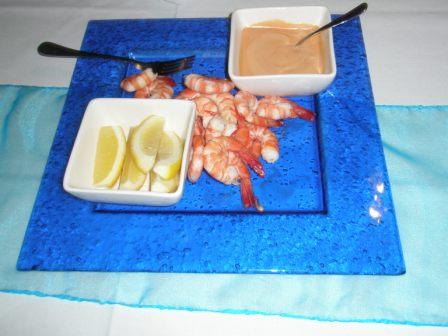 Each of the weddings was different, each was special, all were celebrations of love and commitment with the delighted support of family and friends.

I don’t think any of the couples were troubled by the political considerations which are being debated at Kiwipolitico and The Hand Mirror .

But I’m sure that while a lot of thought and planning went into the celebrations the five brides and grooms were aware that the wedding was just the beginning of the marriage to which they were committing themselves freely and wholeheartedly.

It’s 26 years ago today since my farmer and I exchanged our vows, so I have now just – by a couple of weeks – spent more than half my life with him.  I hope that like us these couples discover that love grows and because of that marriage gets better each year.