Michael Spaans, a former director of Fonterra and chair of DairyNZ has died.

Sadly, today our Co-operative has lost one of our strongest people with former Director Michael Spaans passing away last night. He is survived by his wife Kristina and children Olivia, Logan and Harvey.

Earlier this year, Michael decided to step down from the Fonterra Board and focus on trying to recover from cancer. He and I go back many years and I saw him approach his illness in the same way he approached everything in life. He was resolute and determined and did his utmost to continue on as normal. It was a brave fight and I am sure that will not surprise those of you who knew him.

Michael was a proud dairy farmer with a passion for our Co-op and our industry. I have often talked about the importance of having leaders developing within our ranks and Michael is a very fine example. Michael served on the New Zealand Dairy Group Shareholder Council, before joining the Fonterra Shareholders’ Council at the time our Co-op was formed. He was also part of the first intake for the Fonterra Governance Development Programme, and later built his governance experience outside the industry including directorships with ASB Bank, Shoof International, DairyNZ, Manuka SA, Waikato Innovation Park, Innovation Waikato and Ospri New Zealand.

He then brought this experience, along with a huge level of energy and commitment to our Board, and won the respect of his fellow Directors and farmers for his willingness to listen and engage. Michael was a man who knew the importance of detail. He made sure that he knew this business extremely well, understood our strategy and was completely across the detail of the numbers. He always looked for constructive solutions and thought deeply about our Co-op’s governance and his role in the evolution of our business.

His insights and experience — along with his genuine interest and inquisitive mind — were also invaluable on Fonterra’s Milk Price Panel, the Co-operative Relations Committee, and the Audit and Finance Committee.

As late as last month, Michael was working for the betterment of New Zealand farmers in his capacity as Chairman of DairyNZ. He has also remained an ambassador for Fonterra on the international stage and in Wellington, recently speaking at the United Nations in New York on behalf of the Global Dairy Platform and all farmers.

We have lost a close friend, leader and an advocate of our industry much too soon. Our thoughts and deep gratitude for all that he contributed go to his family.

DairyNZ also paid tribute to him:

It is with great sadness that DairyNZ acknowledges the passing of (Reindert) Michael Spaans (54), husband, father, farmer, director, and recent chair of DairyNZ. 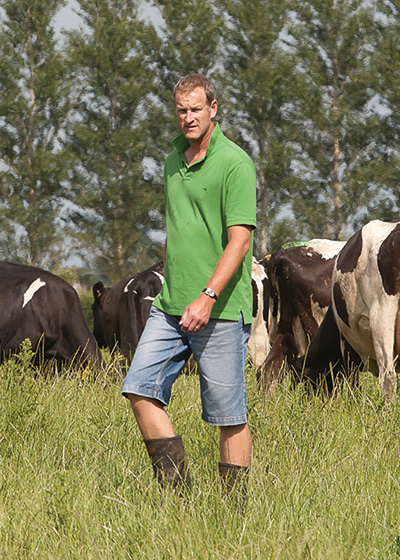 Michael has been a valuable member of the DairyNZ board since 2008 and was elected chair in November 2015. He was also a director of Fonterra from 2013 until January 2017 when illness forced an early retirement.  However, he continued on as a director of ASB and Shoof International, and with his farming interests in Canterbury, Chile, and the United States, as well as his home farm.

DairyNZ acting chair, Barry Harris, says: “Michael will be greatly missed by the board, our staff, our farmers and the wider Waikato community. His passion and knowledge of the sector, and dedication to improving outcomes for dairy farming profitability and sustainability are well known. We are going to miss his thoughtful debating and farmer-first approach to investment, his involvement with the dairy leaders group, his focus as chair of the Waikato Dairy Leaders Group and the group’s desire to improve the state of the Waikato River, and support for the Healthy Rivers plan in particular.”

Growing up on a family farm at Tauhei, near Morrinsville, Michael attended Mangateparu School, Morrinsville Intermediate and Morrinsville College. He later took over his parents’ farm at Manawaru, residing there with his wife Kristina and their three children, now aged 16, 20 and 22, until his passing.

A keen basketballer as a young man, Michael started farming life in Te Aroha as a young sharemilker, getting into governance around the time of the creation of Fonterra. He started with the old New Zealand Dairy Group shareholders’ council and continued to serve as Te Aroha Ward rep when the council and company became part of Fonterra. From there he has held many governance positions, dedicating his life to improving farming in New Zealand.

“Michael always had presence and not just because he was 6ft 9in tall, but because he was thoughtful, considered, and passionate about farming,” says DairyNZ’s chief Executive Dr Tim Mackle.

“Besides his love and dedication to his family, he was also dedicated to DairyNZ, even ill, he made such an effort to add value to our organisation.  He felt and was often quoted as saying how vital an organisation like DairyNZ was to act in the best interests of farmers, and the DairyNZ family are going to miss him.

“Our deepest sympathies lie with his family, especially his wife Kristina, who has also dedicated her past nine years to us too.”

A replacement chair of DairyNZ will be announced shortly, along with a replacement solution for a new farmer director.

Fifty four is far too young for a good man whose death will leave a large hole in his family and circle of friends.

Farming will also miss his contributions as a farmer, director and community stalwart.