When and where did you first vote?

I turned 18 in an election year and was working as a kitchen hand in Omarama during university holidays when I cast my first vote.

I take no pride in saying I did it with little real understanding of the issues or even my own political philosophy.

I doubt if I gave any thought to the idea that voting, and voting freely, is a right not universally available in other countries either. And I knew little of the work that led to New Zealand becoming the first self-governing country in the world to grant the vote to women.

Today the 125th anniversary of that milestone is being celebrated. 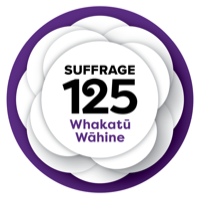 Artist Kate Hursthouse is marking the celebration with Our Wahine , celebrating 125 extraordinary women.

A Kaleidoscope of Butterflies

A beauty, a brainwave, a brilliance?

I couldn’t find a collective noun for books, but any and all of those three would be an appropriate one for A Kaleidoscope of Butterflies by Kate Hursthouse.

The seed for the book was planted during a conversation about zebras in which she was told the collective noun for the animals is a dazzle.

The seed grew and blossomed into a book of collective nouns for animals, beautifully and creatively illustrated with pictures which reflect the words.

Each time I open the book I see something more.

It is described as a children’s book but will interest and delight adults too. 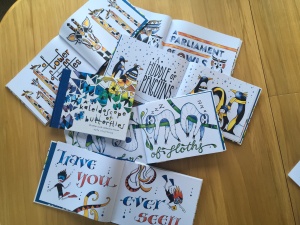 You can buy the book from the artist’s website.

There’s more about the artist and the book at: Renaissance artist – the Aucklander helping keep alive age-old art of calligraphy.

The 125th anniversary of women¡s suffrage takes place this year and today is International Women’s Day.

To celebrate that artist Kate Hursthouse has launched Our Wahine an illustrated history of 125 extraordinary women.

To celebrate the 125th anniversary of Women’s suffrage in New Zealand, Kate will be illustrating 125 women from New Zealand’s history between March and September 2018. The text is being researched and written by Kate’s mother Karen Brook. This mother/daughter passion project aims to create a visually exciting and accessible overview of the role of New Zealand women throughout history.