Give sheep and beef farmers a voice – James Hoban:

Recently I ran into a well known environmental activist who I had not seen for several years. He asked me what I thought the future of farming was and I disappointed myself by answering; “Dim, for sheep and beef, unless we can sort some major issues out,” without hesitating.

Grandparenting is a term we have become increasingly familiar with. Numerous examples of it have seen sheep and beef farmers disadvantaged in favour of more intensive land users. It is also the key reason why Groundswell’s call for one farming voice is flawed and why efforts by industry organisations to join forces for political lobbying are short sighted.

Farmers across the world are jumping into their tractors and setting off in convoys to cities in order to make their voices heard. For too long now farmers have had to go along with whatever wacky decisions their governments have bestowed upon them, but that attitude has changed dramatically recently and it’s no more Mr Nice Guy.

As words fell deaf on politicians’ ears the Kiwi farmers did what their European counterparts have become used to and that meant a tractor trip to the city. French farmers are the world professionals of protesting as they ensure the French government, the European Commission and the public feel their anger. The EC insists its farm support subsidies will only be distributed if farmers comply with tougher greener environmental agriculture, provoking a revolt. . .

Despite the scale of the Government’s $24 billion-plus transport plan, mayors in some provincial regions are challenging the adequacy of funding for rural roading networks.

Auckland accounts for the lion’s share of the national land transport programme at $7.3b, but Waikato, Bay of Plenty, Manawatū, Canterbury and Otago are also swallowing $6.1b of the funds over the plan’s 2021-24 lifespan.

Ashburton District Council mayor Neil Brown said he was underwhelmed by the $1.2b allocated to Canterbury and just how much would be available to his council’s district as it continues to recover from  devastating floods in late May.

“When you look at general repairs and maintenance allocated, we did get more than the last three year plan, but it is only 1.6% more,” Brown said. . .

Sunday’s activities brought to you by the letter B… bees and bonus calves (those cows were vetted empty) pic.twitter.com/xGHUzSL0k2

Plea for more countries to be added to visa scheme for RSE workers :

One-way quarantine-free travel by workers from Samoa, Tonga and Vanuatu will start from next month, under the ‘recognised seasonal employer’ or RSE scheme.

Apples and Pears chief executive Alan Pollard said the industry is ready, and wanting to bring in as many people as possible. . .

The Chief Ombudsman has found the Education Ministry was wrong to take a small farm used for agricultural lessons off a Taihape school.

Locals have won an apology but cannot get the farm back.

Townsfolk joined forces to buy the 13-hectare block cheaply from a local farmer, put hundreds of sheep and cattle on it three decades ago, and it has since been central to the curriculum.

But the ministry first took it, then disposed of it, several years ago despite the town’s protests. . .

A picture speaks a thousand words

Everyone has a part to play in #climatechange pic.twitter.com/JaGvrdyGmC

Sri Lanka has been hit by a serious economic emergency even as it struggles to tackle the Covid-19 pandemic.

Dwindling foreign exchange reserves, a sinking currency and soaring food inflation have come together to create a crisis which is unprecedented even by the record of the island nation that was torn by civil war for decades.

The surge in food prices and a real fear of hoarding of essential food items was the last straw that forced President Gotabaya Rajapaksa to impose the economic emergency on 31 August under the public security ordinance.

At the root of this economic catastrophe is a bizarre overnight flip by Rajapaksa’s government on 29 April to ban the import of chemical fertilisers and any other agrochemicals to make the Indian Ocean nation the first in the world to practice organic-only agriculture. . .

Well done farmers. Friday’s protest was well-organised and dignified. We got the message. You are under pressure and feel side-lined. You are being told how to farm by Wellington bureaucrats trying to legislate the way to a greener future.

It’s a future you want too – clean rivers, vibrant communities, thriving biodiversity, climate mitigation and adaption. For many of you, this journey started years ago. From the 4,700 native bush blocks quietly regenerating under covenant, to catchment groups taking responsibility for their waterways and the sector emissions reduction plan He Waka Eke Noa – farmer-led progress is happening.

It is also true that farming must carry a hefty weight when it comes to our green transition. But this is a call-to-action for all of us, so when will townies feel the pinch too? . . .

Farmers across the upper South Island are on clean-up duty and counting up the costs as damaging floodwaters recede, and the agriculture minister has reminded farmers to take a thorough look at resilience in the face of climate change.

Federated Farmers Marlborough president Scott Adams said more than 300mm had fallen on his sheep farm near the Wairau River in 48 hours, and parts were devastated. . .

The way the moneys heading These lambs could be $250 a head. And don’t @ me. farmers weren’t protesting about the state of the lamb schedule 😂 pic.twitter.com/rIYxcObFCk

Farmer forced to carry sheep through flood waters to safety –

A Marlborough farmer who had to swim sheep to safety on Saturday says the flood waters were far worse than a record-breaking event 40 years ago.

Matt Forlong’s family vineyard is just west of Wairau Valley township and during winter they run sheep under the vines.

Simply getting to the property meant chainsawing fallen trees off the road so he arrived later than hoped, he said.

Water was already a metre deep and rising to shoulder depth so 200 sheep were stranded on quickly shrinking islands. . .

With the first phase of Fonterra’s capital structure consultation now complete, the Co-op is drawing up a revised proposal that aims to reflect farmers’ views.

A number of changes are being considered to the preferred option initially put forward in the Consultation Booklet in May – including adjusting the proposed minimum shareholding requirement for farmers and enabling sharemilkers and contract milkers to own shares.

“It’s a good time for the Board to step back and reflect on the feedback as most farmers will now be busy with calving. Once they’ve come through this particularly busy time of the season, we’ll be ready to consult on the updated proposal,” says Chairman Peter McBride.

Consultation has been extensive to date, starting with the initial communication on 6 May and the Consultation Booklet being sent to every farmer owner. Since then:  . .

The big  dairy  co-op  Fonterra  has  moved to make  its  capital  restructuring  proposals  more  palatable  to  its  10,000  farmer-shareholders as  it  seeks to  slash  the  drastic entry  cost  to  become a  new  supplier.

Faced  with  a  future where  total milk production  is  flattening, Fonterra  needs    more  flexibility in    its  capital rules, the  most  burdensome of which has been the compulsory requirement to invest huge sums of capital just to supply.

The  revisions now   being  put  forward bear   the  stamp   of  chairman Peter  McBride, who  in an earlier role  successfully carried  the  kiwifruit  growers in   Zespri through   a  similar  capital  restructure.

McBride, after  taking  the chair at  Fonterra,  soon realised  the need for  change in the one-size-fits-all compulsory capital structure  requiring all shareholders to hold shares on a 1:1 basis. It  has become a  key factor in farmers deciding to leave. . .

Good frost this morning and another calf… pic.twitter.com/FMxKJibuTa

Welsh farmers have called for more action as 10,000 cattle in the prime of their productive lives continue to be culled every year due to bovine TB.

Farmers are playing their part in combatting the disease through cattle-based measures, however wildlife reservoirs of disease are still going unaddressed, farmers say.

It comes as the BBC recently published a news article which highlighted the emotional strain that bovine TB is causing producers in the country.

In the article, Vale of Glamorgan farmer Abi Reader explained that her farm had been locked down with TB for three years. . .

Everyone has bad moments, bad days, bad times. Some people feel they are having a bad life.

We can’t easily see when someone’s heart is bleeding; we can’t bandage mental wounds and we can’t put broken spirits in splints.

But mental health problems can be as serious as physical ones and you can no more lift the black clouds of depression by bucking up, thinking positive or following any of the other well-intentioned exhortations than you can heal a physical injury or illness that way.

If you or someone you know needs help The Mental Health Foundation has a list of helplines, websites and other resources here and  Farmstrong has a list of places to go for help here. 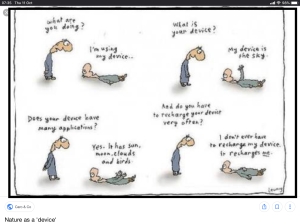 On #WorldMentaHealthDay, a spell-poem called “Lark” that I wrote two years ago about sadness/depression, nature & hope. Printed here in letterpress at poster-size, with a soaring, heartlifting skylark painted onto it in sumi ink three days ago by @JackieMorrisArt.
L
A
R
K pic.twitter.com/ZvguLtQQel

By talking openly & honestly about our mental health challenges, we can break down stigma, help others feel supported, and build a healthier, more compassionate society for everyone. #WorldMentalHealthDay https://t.co/Fd97lqniso

What #MentalHealth needs is more sunlight, more unashamed conversations about illnesses that affect not only individuals, but their families are well..

Today is #WorldMentalHealthDay so spend a little time with your besties & catch up with what’s going on in their lives.
Here’s one of my besties 😍🐄#Ladycow Marlene – hope she makes you smile like she does me 😊🙌🏼 pic.twitter.com/TEhWdByxc9

Seen many things for #WorldMentalHealthDay but I think this is the best. pic.twitter.com/6KxixyqWFI