Owl looked at the notice nervously. He could spell his own name WOL, and he could spell Tuesday so that you knew it wasn’t Wednesday, and he could read quite comfortably when you weren’t looking over his shoulder and saying “Well?” ~A.A.Milne #BackToSchool #September #spelling pic.twitter.com/byvlPGOF0K

DOC shouldn’t get another crack at a failed project :

The Department of Conservation should the pull the pin on a failed Mackenzie Basin project and return the unspent money to Treasury, National’s Conservation spokesperson, and MP for Waitaki, Jacqui Dean says.

“The Tū Te Rakiwhānoa Drylands project was allocated $2.3 million dollars in the 2018 Budget. $1.4 million of that has already been spent and yet the project has now gone back to the ‘design’ phase with a new business case being put together.

“It’s appalling that three years in and more than a million dollars down the drain the project scope and timeframes for completion are not known and are not expected to be known until June 2022. . . .

“National launched a petition to call on Labour to give rural New Zealand a break and to drop their latest regulatory burden in the form of the Water Services Bill, which would expose rural water schemes to unnecessary and onerous compliance,” Ms Kuriger says.

“In just a short space of time more than 13,000 people and counting have signed the petition – sending a clear message to Labour to ease the burden on our rural communities.”

“Our petition calls on Labour, and other parties, to back National’s change to the legislation, which would exempt small water suppliers like farm schemes that supply fewer than 30 endpoint users,” Mr Luxon says. . .

The right tree in the right place – David Williams:

Away from the conflict about forestry – fears of entire farms being planted in trees, and the slow death of rural communities – state-owned farmer Pāmu is quietly making the economics of tree-planting work.

Farming is the core business for Pāmu (which means “to farm” in Māori), the trading name for Landcorp Farming. Forestry has been seen as a sideline. “But it’s bloody not,” Pāmu’s environment manager Gordon Williams says. “It’s actually a production system for the land that should not be pastorally farmed.”

That system is starting to pay off. . .

This good mum has a fresh new born to dry out quickly. She's got another one in her yet so will come back in half an hour and put woolen covers on them. pic.twitter.com/s39cGLFrOb

A charity that helps rehome retired working dogs says fewer people have been adopting due to the lockdown.

Natalie Smith set up the Retired Working Dogs charity back in 2012 when working at a vet clinic she saw a need for farm dogs to find new homes.

Some are retired as they are older but some are young dogs who did not quite make the cut to work on the farm.

Smith said it was normal for adoptions to drop off in the winter but lockdown had made things worse. . .

For the first time in the award’s eight year history, a government official has been awarded the Outstanding Contribution to the Industry accolade. At the recent pipfruit industry conference hosted by industry organisation NZ Apples and Pears Inc. (NZAPI), the coveted award was presented to John Randall, a Plant Exports Senior Adviser at Ministry for Primary Industries (MPI) for his influence and collaboration with industry.

Past recipients have come from diverse areas within or supporting the pipfruit industry including research bodies, industry organisations and member companies. However, this year the honour was given to a person working in government in Wellington.

“Most, if not all previous recipients lived or worked in New Zealand’s growing regions and were familiar to everyone in the apple and pear industry. This year saw someone receive the award who may not be familiar to everyone,” said export industry Market Access Advisory Group (MAAG) member Simon Thursfield. . .

SOME people are born to do a certain job, as was the case for shearers Tom Kelly and Max Gogel.

Despite picking up a handpiece for the first time decades apart, their journey to the shearing shed started exactly the same way.

Max Gogel’s time as a professional shearer has only been a few short years but the youngster from Sherlock dreamed of becoming a shearer in childhood.

His father Craig was a shearer, and Max spent his days in the sheds with him. . .

"My wish for you is that you continue. Continue to be who and how you are, to astonish a mean world with your acts of kindness. Continue to allow humor to lighten the burden of your tender heart." #MayaAngelou

Sunday’s soapbox is yours to use as you will – within the bounds of decency and absence of defamation. You’re welcome to look back or forward, discuss issues of the moment, to pontificate, ponder or point us to something of interest, to educate, elucidate or entertain, amuse, bemuse or simply muse but not to abuse. 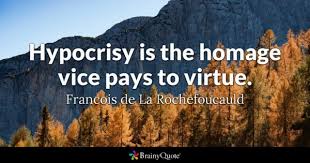