Politicians have learned to call their spending of the taxpayers' money "investment," even when it is just pouring money down a bottomless pit, in order to win votes from the recipients.

And they will be re-united with family currently still overseas.

Herrick said immigrant workers on his farm were telling him almost daily of workers leaving New Zealand – although he acknowledged that had slowed a bit with Covid-19 issues. . .

The Government’s intention to reform local government water services into multi-regional entities has the potential to impact heavily on rural communities.

Government is proposing to establish four publicly-owned entities to take responsibility for drinking water, wastewater and stormwater infrastructure across New Zealand. The Government has considered the evidence and proposes that four large water entities will create an affordable system that ensures secure delivery of safe drinking water and resilient wastewater and stormwater systems.

At present, 67 councils provide most of the country’s three waters services. . .

District councils are questioning the lack of detail with the Government’s Three Waters reforms, but are so far reserving judgement.

Its proposal creates four publicly-owned water companies to manage drinking, waste and stormwater assets, along with debt appropriated from 67 councils.

Mayors are frustrated the Government is not listening to their concerns, evident by being given just eight weeks to provide feedback on the proposals.

Other concerns included consultation, the speed of the reforms, local input into the new entity’s decisions, asset valuation, what happens to councils who decline to join the new entities and how communities decide whether or not to be involved. . .

Springers happy as in some pretty average weather. Amazing what some decent shelter does. pic.twitter.com/31rZ1fFSKv

Spring lamb numbers are expected to be down around the region.

North Canterbury scanning contractor Daniel Wheeler said scanning results had been mixed around the region and the season’s drought had taken its toll.

The Amberley-based contractor pregnancy scanned ewes in the North Canterbury and Ellesmere areas.

He estimated scanning percentages were down about 10 to 20%. . .

Fruit and vegetable producer and marketer T&G Global is launching a new business to develop and commercialise new fruit varieties.

The new company called VentureFruit will focus on new varieties of boysenberries, blackberries, blueberries, hybrid berries and other fruit trees.

Coinciding with its launch, VentureFruit has signed two key partnerships. It is co-investing alongside science organisation Plant & Food Research in a range of new berries, of which VentureFruit will be the exclusive global commercialisation partner.

In addition, it is also partnering with Plant IP Partners to test and evaluate new varieties of apples which have been bred in New Zealand. . .

You Bogged it mate? pic.twitter.com/pehZbhE9XW

Sheep farmers are being encouraged to get behind next month’s Love Lamb Week to help promote the sector to the general public.

The UK sheep sector is preparing to celebrate another Love Lamb Week at the beginning of September following a year of market turbulence.

Farmers are being encouraged to spur on their local community to get involved in promotional activities for the annual campaign.

Now in its seventh year, Love Lamb Week, running from 1 to 7 September, encourages the domestic consumption of UK lamb at its peak season of availability. . .

More people die from the cold than heat:

It is much easier to cool down in extreme heat that usually lasts only hours to days than to warm up in the killer cold that can last weeks or months.

This isn’t an argument to ignore climate change. It is an argument for being very careful about unexpected, possibly fatal, consequences of policies designed to lower emissions.

Several weeks ago RNZ reported on fears for the elderly as frosts started to bite and on Monday night the power went off completely:

. . .General manager of operations Dr Stephen Jay told the Herald he couldn’t rule out any further disruption to the network, stating “the emergency is far from over”.

“Things are running tight. Supplies have been running to the wire this morning.”

None were warned yesterday that they would be without power, on a night which saw many cities head towards, or below, zero degrees. . .

Households were inconvenienced, many people had to endure the cold and, oh the irony, people who couldn’t charge their EVs had to rely on petrol and diesel fuelled cars.

The black out also caused problems for businesses. Stock had to be turned away from freezing works and cows were left unmilked on some farms that do 16-hour milking.

National Party leader Judith Collins likened the outage to that which happened in a third world country.

“We do not live in a third world country.

“It was one of the coldest nights of the year last night and many families couldn’t keep warm.

“We should always expect that it will be colder in winter and we’ll need to use more energy, but the Government has failed New Zealanders by not being prepared.

“The Government has to be able to keep the lights on. This useless lot has failed to do that. ” . .

Power companies must accept some of the blame but government policies are also responsible:

Remember  that the  decision  to   ban  further  offshore  oil  exploration  was  Ardern’s  “nuclear  moment”.  It  drove  away  international  oil  explorers, just    at  the  time  a   bunch  of  companies  had  been  planning further  work,  including  the  exploitation   of  already discovered  fields.

Since  then,  first  the  Labour-NZ  First  coalition  set  the  target  of  becoming  100% renewable  which  spurred  the  big  electricity  generators  to  turn  away  from fossil  fuels, earmarking more investment  for  wind farms,  and  subsequently  demand  for  electricity   has  outpaced  expectations.

Neither solar nor wind generation is 100% reliable. The sun doesn’t shine every day, it never shines at night, and wind turbines need neither too much nor too little wind to operate.

The government blundered into policies to reduce the use of fossil fuels without a proper plan for the transition. As a result we’re burning dirtier imported coal than our own and having power cuts.

Between the decision to rip up the rules on the gas market, to the difficulty consenting renewables projects, to the threat to build hydro storage at Lake Onslow, the market is simply responding to the signals that the Government is sending it.

The government might think climate change is an emergency that requires drastic action but it won’t get buy-in from people who expect a first-world power supply when its policies result in third-world service.

This is night time in North Korea, blacked out among its brighter, lighter neighbours. 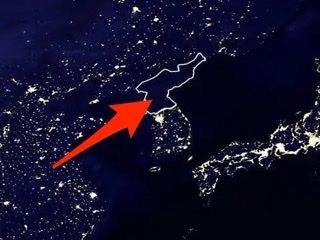 We need security of supply so that we don’t have to endure the same cold, dark nights here.