Five-time Grammy award winner and Grammy Hall of Fame inductee, B.J. Thomas, died today at home in Arlington, Texas at the age of 78 from complications due to stage four lung cancer.

Few artists have left a more indelible mark on America’s musical landscape than B.J. Thomas. With his smooth, rich voice and unerring song sense, Thomas’s expansive career crossed multiple genres, including country, pop, and gospel, earning him CMA, Dove, and Grammy awards and nominations since his emergence in the 1960s.

Thomas’ career was anchored by numerous enduring hits, among them his million-selling cover of Hank Williams’ “I’m So Lonesome I Could Cry,” the Grammy-winning “(Hey Won’t You Play) Another Somebody Done Somebody Wrong Song” and the iconic “Raindrops Keep Fallin’ on My Head,” which won the Academy Award for best original song. A five-time Grammy award winner and Grammy Hall of Fame inductee, Thomas has sold over 70 million albums worldwide, scoring eight No. 1 hits and 26 Top 10 singles over his 50+ years in the music industry. His lengthy chart history led to him being named one of Billboard’s Top 50 Most Played Artists Over The Past 50 Years. Such memorable hits as “I Just Can’t Help Believing, “Don’t Worry Baby,” “Whatever Happened To Old Fashioned Love,” “New Looks From An Old Lover” and “Hooked on a Feeling” have made him a staple on multiple radio formats over the years. . .

"If you believe that a horseshoe will bring you good luck then it probably will. For if you believe you are going to be lucky, you go about your business with a smile, take disaster with a smile, start afresh with a smile. To do that is to be in the way of happiness." ~A.A.Milne pic.twitter.com/sk3aZWfEeE 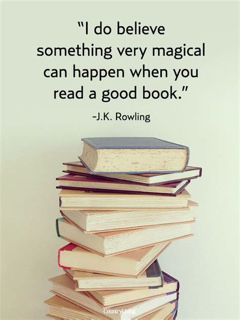 I do believe something very magical can happen when you read a good book – J.K. Rowling