The U.N. is the accepted forum for the expression of international hatred.

National’s trade spokesman Todd Muller has advice for Kiwi farmers who may be concerned by the Climate Change report – remain calm.

“I think farmers in New Zealand should take a deep breath,” he told The Country’s Jamie Mackay.

The draft advice, released yesterday by the Climate Change Commission, said New Zealand would need to cut livestock numbers by around 15 per cent, halt conventional car imports, decarbonise the energy sector and move Kiwis into electric vehicles – all within 14 years.

In order to hit ambitious greenhouse gas targets, the report also suggested an end to coal heating and more forestry. . .

If the government was serious about climate change it would curb tourism rather than agriculture, rural commentator Jim Hopkins says.

“They would say tourism’s off the table. Not for 12 months, but for 12 years – or longer – until the planet’s cooled down and we’re all happy again,” he told The Country’s Jamie Mackay.

Last week research showed that New Zealand dairy was the most emissions efficient in the world, something that the government should be promoting, rather than trying to reduce, Hopkins said.

He also disagreed with the Climate Change Commission’s draft advice on New Zealand cutting livestock numbers by 15 per cent to reach its ambitious greenhouse gas targets. . .

Tell our story. That’s a line we hear a lot in farming these days. It’s supposed to be the way that rural New Zealand reconnects with urban Kiwis. How we bridge the divide. But as a marketing guy, I’m not so sure.

Farmer’s stories are everywhere. This very paper is full of them, Country Calendar’s ratings are unbeatable and the NZ Farming Facebook page is one of the country’s largest.

But it’s not enough.

To genuinely connect with people, to make the things that are important to you important to them, farmer storytelling needs to go offline. Videos, news articles and social media play an important role, but they can’t change behaviour alone. . .

Having a yarn with the heifers. Intelligent conversation ready to do their bit by being efficient! pic.twitter.com/d18ZDsiPau

Two powerful iwi, Ngāi Tahu and Ngāti Kahungunu, both of the Tākitimu waka, have joined forces in legal proceedings against the Crown.

Ngāti Kahungunu, the country’s third largest iwi, is working with Ngāi Tahu to have the tribe’s rangatiratanga over freshwater recognised, including the Mohaka River in Hawke’s Bay.

Ngāti Kahungunu, like Ngāi Tahu, has seen the traditional waterways and water bodies in its rohe degraded over time through government inaction, overallocation, and lack of environmental protections, including the 2016 Havelock North waterborne disease outbreak. . .

It’s possible to produce a beef patty sustainably across the supply chain in New Zealand, a year-long trial has shown.

Key players in the red meat industry partnered with the Ministry for Primary Industries’ (MPI’s) Sustainable Food & Fibre Futures fund to develop a model for producing independently verified sustainable beef through the entire supply chain. The project aimed to help meet the growing demand for ethically sourced and sustainable products.

“The project showed that New Zealand can do this, and the model can be scaled up – so this really is an encouraging milestone,” says Steve Penno, MPI’s Director Investment Programmes. “It provides transparency to customers and the public in a way that hasn’t been possible before.” . .

DIY shearing seen by some farmers as a quick-fix to shortage – Chris McLennan:

A move by some farmers to cut through the shearer shortage by doing the work themselves has been described as a Band-Aid.

Shearing equipment suppliers from around the country are fielding increased calls from woolgrowers chasing gear with electric handpieces, cutters and combs the popular pick.

Industry leaders say the move is unsurprising given the shortage of shearers, chiefly caused by the loss of New Zealand shearers through the pandemic.

But those same leaders say the pandemic has exposed the industry’s shortcomings. . .

The man who played the hero in The Sound of Music, Christopher Plummer, has died:

Christopher Plummer, who was among the greatest Canadian actors ever to grace stage and screen, has died.

Plummer died Friday morning at his home in Connecticut with his wife, Elaine Taylor, by his side, said Lou Pitt, his longtime friend and manager.

“Chris was an extraordinary man who deeply loved and respected his profession with great old fashion manners, self-deprecating humour and the music of words,” Pitt said in a statement to CBC News. “He was a national treasure who deeply relished his Canadian roots.

“Through his art and humanity, he touched all of our hearts and his legendary life will endure for all generations to come. He will forever be with us.”

In a career that spanned over six decades, Plummer was nominated for best supporting actor at the Academy Awards three times and won once at 82 for Beginners, a film about a widower who begins to live life as a gay man while dying of cancer.

He also captured two Tony Awards among seven nominations, and took home two Emmys. He earned a reputation as one of the great classical actors of modern times — without attending a prestigious theatre school. . .

Born Arthur Christopher Orme Plummer on Dec. 13, 1929 in Toronto, he was a descendant of John Abbott, Canada’s third prime minister.

Plummer’s parents split up not long after his birth, and he was raised in relative privilege in Montreal by his mother and her extended family. He saw his father on only one other occasion years later.

A love for acting onstage was cemented by playing Mr. Darcy in a Montreal High School production of Pride and Prejudice. He would further develop his stagecraft at the Ottawa Repertory Theatre, and learned how to harness his baritone voice in CBC Radio plays.  . .

If you do not want Cabinet to spend too long discussing something, make it last on the agenda before lunch

Gliding On – No Smoke Without Fire

Glide Time, was the first New Zealand play I can remember seeing.

It went from stage to screen with a name change to Gliding On:

In an age before Rogernomics, well before The Office, there was the afternoon tea fund, Golden Kiwi, and four o’clock closing: welcome to the early 80s world of the New Zealand Public Service. Gliding On (1981 – 1985) was the first locally-made sitcom to become a bona-fide classic. Inspired by Roger Hall’s hit play Glide Time, the award-winning series satirised a paper-pushing working life familiar to many Kiwis. This episode features Beryl’s non-smoking campaign, Jim’s efforts to kick the habit, office sexual innuendo and a much-debated fire drill. “Morning Jim!”

Clicking on the link above will take you to the first episode. 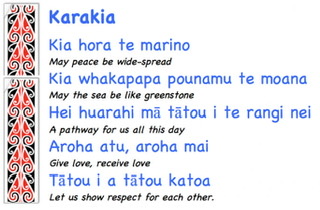 Kia whakapapa pounamu te moana – May the sea be like greenstone