Flouncy – flouncing or having a tendency to flounce; marked by flouncing movement; gathered and pleated.

I believe the person who is prepared to work hardest should get the greatest rewards and keep them after tax. That we should back the workers and not the shirkers: that it is not only permissible but praiseworthy to want to benefit your own family by your own efforts. pic.twitter.com/EqbNLNsujB

Coronavirus: Millions of bees starve to death as beekeepers held up at COVID-19 checkpoints – James Fyfe:

Millions of bees have starved to death after COVID-19 checkpoints in and out of Auckland caused a delay in beekeepers accessing their hives.

Wetex Kang of Waitakaruru Honey Limited says around 2.5 million bees died after workers were unable to travel from Waikato to Auckland to feed the bees.

Kang, who is based in Auckland, says many of his business’ 2000 beehives are scattered across the North Island, as are the staff who care for them. . .

A farm training institute with a difference is opening its gates in Northern Southland next year. Business and rural editor Sally Rae finds out more.

When Covid-19 claimed the clientele of her agri-tourism venture near Kingston, Laura Douglas spent a couple of days crying inconsolably.

Still on a high from taking her farm animals to Wanaka A&P Show for a display, she received a phone call from international bus company Contiki two days later, cancelling its visits.

Those tours came through Real Country every month – every week in summer – and represented about 65% of her revenue. Corporate groups also cancelled as the country went into lockdown. . .

Merino wool has long been praised for its versatility, but Andy Caughey tells Neal Wallace how he is taking use of this miracle fibre to a whole new level.

THE qualities of New Zealand Merino wool clothing are being tested in some of the planet’s most hostile and extreme workplaces and environments – and beyond.

Otago-raised Andy Caughey has for the past nine years been developing and promoting next-to skin Merino wool clothing and socks under his brand Armadillo Merino.

Armadillo clothing is now being considered for astronauts involved in NASA’s 2024 expedition to the moon. . .

The next five years will be crunch time for the arable sector that can choose to stand up and shine or remain under the radar and let the larger primary sectors direct New Zealand’s agri-economic development, Foundation for Arable Research (FAR) chief executive Alison Stewart says.

For many years the arable sector has been viewed as the invisible partner of NZ agriculture, given the arable industry’s predominantly domestic, commodity market focus and the fact that it has chosen to fly under the radar on most of the major policy issues affecting NZ’s economic, environmental and social development, Stewart says.

“However, I believe the invisible partner image is slowly changing and could change even more if the entire sector worked together to make it happen,” she said. . .

Pāmu has appointed Lisa Martin to the executive leadership team in the newly created role of General Manager, Sustainability and Farming Systems.

In her earlier career Ms Martin worked in the environmental science field in New Zealand, Australia and the United Kingdom. . .

A new baby girl in the dawn light pic.twitter.com/ZKpnUzmazm

REBOUNDING global sugar prices are putting a spring in the step of Queensland cane growers who have been hampered by wet weather hold-ups since the crush started in early June.

Raw sugar traded in New York on the Intercontinental Exchange (ICE), the global benchmark, broke through the US13 cents per pound barrier last week for the first time since March.

Analysts say that has been on the back of easing lockdown restrictions, the resumption of food service, strong demand from Asia where drought has hit local crops and speculative moves by funds shifting to a bullish outlook for sugar. . .

DairyNZ has a  list of priorities for the next government: 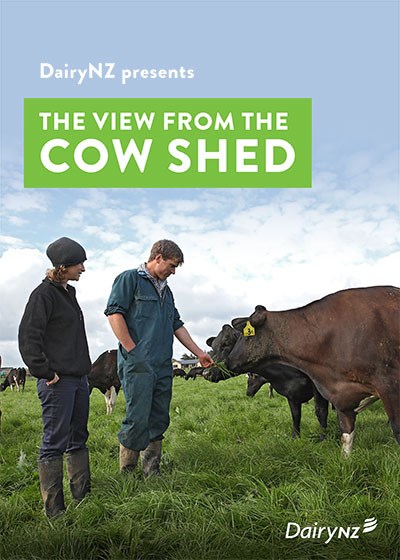 DairyNZ has released its ten policy priorities for the 2020 election and its ‘The View from the Cow Shed’ report which provides policymakers with insight from the farm, says DairyNZ chief executive Dr Tim Mackle.

“This election we wanted to give voice to dairy farmers’ concerns and priorities to help politicians better understand the issues impacting on farmers. So, we surveyed our dairy farmers and asked them what they thought,” said Dr Mackle.

“Our dairy farmers are world-leaders in the production of sustainable, emission efficient and nutritious dairy, but we still have a significant farmer confidence and wellbeing issue in this country that pre-dates COVID-19.”

The View from the Cow Shed survey compiled feedback from dairy farmers across New Zealand. Key trends include challenges with mental health, technology and government regulation.

“It was really encouraging to see that 94 percent of farmers reported they were proud to be working in the dairy industry at the moment,” said Dr Mackle.

“But at the same time, 62 percent of farmers said they or someone on their farm had experienced mental health issues over the last year – with an uncertain regulatory framework identified as one of the main contributing causes.

“50 percent of farmers said they don’t have access to the broadband internet they need and 52 percent don’t have adequate mobile reception on farm.”

Dr Mackle said when asked about their community’s outlook over the next three years, 64 percent of farmers expect things to decline.

“Farmers were also asked what motivated them the most to get out of bed in the morning – what was great to see is that working and caring for animals is the main driver for 43 percent of farmers. Providing for their family came in a close second,” said Dr Mackle.

“This sends a tremendous message that farmers really value what they do, and that animal care remains at the heart of their farming business.”

The farmer survey has informed DairyNZ’s policy priorities for the next government.

“This information has informed our policy platform and identifies the top 10 things the next Government should do to improve outcomes for dairy farming families, their rural communities and New Zealand.”

Work with us to future-proof our sector

Get our environmental settings and support right

‘The View from the Cow Shed’ full report can be found at :www.dairynz.co.nz/viewfromthecowshed.

A National Government will inject some steel into our first line of defence against COVID-19 by delivering robust border systems that will keep the virus at bay and allow our economy to thrive, National Party Leader Judith Collins says.

“The threat of COVID-19 will be with us for years to come and National is committed to safeguarding the health of all New Zealanders, as well as the wider economy.”

This is sensible and had it been done months ago would have avoided the shemozzle of what at best has been miscommunication between the government, the Ministry of Health and workers at the border.

This doesn’t mean people who test negative can’t come home at all, it means they must get over the illness and test positive.

It won’t keep everyone with the disease out, some who are incubating it could test negative before they fly, some could become infected in transit. But it would reduce the number of people with Covid-19 who get here, keeping other travellers, airline staff and border workers safer.

The government has learned little from mistakes made in the initial lockdown, in particular its  insistence on the arbitrary essential rather than safe in dictating which businesses can operate.

“The current ad-hoc system of managing COVID-19 at our border – putting various agencies in charge of different facets – has led to a disorderly and confused response, putting the health and livelihoods of five million New Zealanders at risk,” Ms Collins says.

“More than 1.6 million Aucklanders are locked down right now because the Government dropped the ball on testing, tracing and managing people in isolation. It’s not good enough.”

Reducing the need for lockdowns could not be more crucial. The first lockdown saw 212,000 Kiwis end up on unemployment benefits with another 450,000 jobs kept alive by wage subsidies. The current lockdown is estimated to be costing Auckland 250 jobs and up to $75 million a day in economic activity. . .

Heather du Plessis-Allen says this is the most important policy of the election:

For both health and the economy, nothing else matters as much as the border right now, because it is the most important protection we have for both.

Parties can announce as much as they like for future health spending, but if that border leaks, people will die.

They can announce as much money as they like for future wage subsidies but if that border fails and we’re in lockdown, businesses will fall over.

They can announce all the infrastructure spending they like but unless that border lets key workers through, the projects won’t get finishes. So everything hinges on the success of that border.

And that is why National’s policy is the most important announcement this campaign. . .

The Labour leader said this would be a Covid election. It is. This is why this policy is so important, and it has already made an impact in making Labour improve its performance:

Because it can’t be acceptable to us that they promise testing and then don’t deliver, that they can’t find where cases come from, that they lock down an entire city as a default.

Potentially we’ve just seen the first example of Labour being forced to lift its game: National promised that Bluetooth contact tracing like the Covid Card in an embargoed press release at 10:04am.

27 minutes later, Labour announced it would pilot using the blue tooth in isolation facilities too.  Labour have had the Covid Card proposal on their desk since since mid-April and took more than four months just to get to a pilot.

Hopefully this is the policy alternative that reminds Labour – and us voters – that we can and should do better at the border.

We have been badly let down by mismanagement at the border.

The impact of that is having not just health consequences but social and economic ones.

We’ve all made sacrifices to eliminate Covid-19 and we’ve all been let down by laxness at the border.

We need much better border protection and National’s policy would deliver it.