National’s 2020 Party List is a strong mix of experience coming up through our Caucus, and new and exciting talent joining our team from communities across New Zealand, Party President Peter Goodfellow says.

“The National Party is incredibly fortunate to be able to draw on such a diverse and experienced team of passionate Kiwis, from our Leader Judith Collins, our Shadow Cabinet, right through to newcomers like Christopher Luxon in Botany, Tania Tapsell in East Coast, Tim Costley in Otaki, and Penny Simmonds in Invercargill.

“National run the most democratic selection processes of any party, and our process for putting together our Party List is the same. Our focus is always to strike the right balance between recognising and promoting experience, striving to reflect the diversity of New Zealand, and ensuring ongoing renewal.

“Rejuvenation is important for any political party, and National is heading into the 2020 election with some impressive and exciting new candidates. We are also saying goodbye to some very hardworking and dedicated members who have announced their retirement. They have served our country, our communities, and our Party with distinction, and we thank their families and loved ones for sharing them with us.

“We are incredibly proud to be the Party that represents Kiwis from all walks of life, from a range of ethnicities, backgrounds, and experiences. We have teachers, servicemen, doctors, a paramedic, farmers, lawyers, community advocates, scientists, businesspeople, and a virus specialist – just to name a few.

“We know that every MMP election is a close fought race. Every single one of our candidates will be campaigning hard in their local communities to deliver a strong Party Vote for National, and ensure Judith Collins is our next Prime Minister.

“COVID-19 has changed our world, and while Kiwis can all be proud of our collective health response, New Zealand is facing the biggest economic crisis in generations. More than ever our country needs a strong team, with real-world experience, that can deliver what we promise and get New Zealand working.

“The only way to avoid another three years of chaos from Labour and the Greens, is to Party Vote National. That’s what our team of 75 candidates and tens of thousands of members, supporters and volunteers will be focused on right up until election day.”

Mozz – to exert a malign influence on; jinx; a hoodoo; hex.

In an election year, it is no mystery why many politicians support the teachers unions, even if that means sacrificing the education — and the futures — of millions of Black and Hispanic youngsters.https://t.co/POFxp6wc0R

The government’s new freshwater laws, signed off this week, have the potential to create significant unnecessary costs for ratepayers, farmers and entire communities, Federated Farmers says.

“We all want good water quality, that’s why farmers and growers have been spending time and money for decades doing all they can on-farm,” Feds water spokesperson Chris Allen says.

“Millions of trees, hundreds of miles of fencing, sediment management, nitrogen controls … all these things are improving rural water quality.”

While there is still a good deal of detail Federated Farmers is working through to get a better understanding of to communicate to its members, “we do have concerns around the wording of the National Policy Statement. . .

New Zealand’s red meat sector exported $9.4 billion of sheepmeat, beef and co-products for the year ending June 2020, according to the latest analysis by the Meat Industry Association (MIA).

Despite the disruptions caused by the COVID-19 pandemic, the sector saw an increase of $639 million – or seven per cent – compared to the year ending June 2019.

China remained the largest market for the year ending June 2020, accounting for $3.7 billion of New Zealand’s red meat exports. This was an increase of 24 per cent on the previous June year – and was partly driven by China’s demand for red meat protein as a result of the impact of African Swine Fever. . .

Fonterra has made a strong start to the dairy season and has more than 150 seasonal vacancies in its processing division spread throughout the country, director of manufacturing, Alan van der Nagel says.

The processing jobs at 30 manufacturing sites are among 770 current vacancies throughout Fonterra, including corporate roles, technicians, field staff and working in the Farm Source stores.

“We do gear up for the peak milk processing demand and we are looking for a wide range of skills and abilities,” van der Nagel said.

“We give the appropriate training and there are opportunities for re-skilling at a time when a lot of people are out of work.” . .

The cats don’t leave the calf shed much over spring… pic.twitter.com/pi6QerDiOR

HortNZ welcomes Govt’s recognition of the importance of  vegetable growing in NZ in freshwater decisions:

Horticulture New Zealand is welcoming recognition of the importance of vegetable growing in the Government’s new national direction on freshwater management.

‘Over the past decade, vegetable growers across New Zealand have been taking practical steps to reduce environmental impact through precision irrigation and fertilizer application, sediment traps and buffer zones, retiring land, and riparian planting. . .

New Zealand Apples and Pears Inc (NZAPI), the representative industry body for the apple, pear and nashi industry, held its Annual General Meeting (AGM) in Hastings today, with members joining from around the country’s growing regions via Zoom.

With NZAPI’s financial year ending 31 March 2020, the published results were for the 2019 growing season and 2019/20 selling season, meaning that they reflect trading conditions pre- COVID-19.

After ensuring essential food-creating nutrients kept flowing during the pandemic, Ravensdown has recorded a profit from continuing operations and before tax, rebate and an earlier issue of bonus shares of $69 million (2019: $52m).

Returning a total of $68 million to its eligible farmer shareholders, the co-operative is confident in its financial strength and cautiously optimistic in the face of uncertainty around Covid-19 and emerging government policy.

“The resilience demonstrated was no accident, but deliberately built over five years of steadfast focus on fundamentals and performance. It meant that we could respond when shareholders needed us most and when New Zealand needed the agsector most,” said CEO Greg Campbell. . .

Saturday’s soapbox  is yours to use as you will – within the bounds of decency and absence of defamation. You’re welcome to look back or forward, discuss issues of the moment, to pontificate, ponder or point us to something of interest, to educate, elucidate or entertain, amuse, bemuse or simply muse, but not abuse. 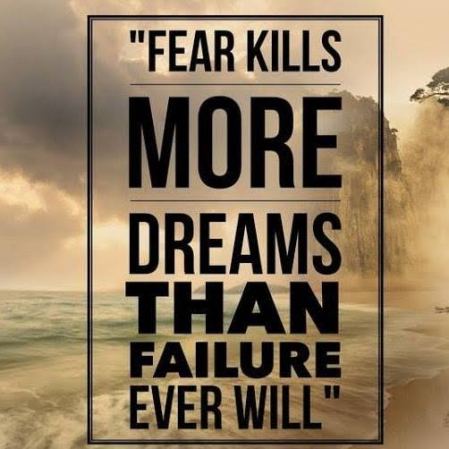 Fear kills more dreams than failure ever will.