Diaspora – the dispersion or spread of any people from their original homeland; people settled far from their ancestral homelands; place where these people live; the movement, migration, or scattering of a people away from an established or ancestral homeland; a group of people who spread from one original country to other countries, or the act of spreading in this way; the Jews living in different parts of the world outside Israel, or the various places outside Israel in which they live.

National’s agriculture spokesman, David Bennett on how the sector is key to New Zealand’s economic rebuild.

It’s no secret that agriculture is key to New Zealand’s economic rebuild and is cementing itself as the most reliable contributor to our economy in a post-Covid world.

It’s the same old story – no matter what, people need to eat and we have a proud reputation as the producer of some of the best food in the world.

I am a farmer and I know the contribution our farmers and growers make to our communities. It’s great to see more people outside the farm gate realising what we’ve known all along about how important agriculture is to our country. However, we can’t rest on our laurels and must always be looking at ways to grow the industry for years to come. . .

From farm life to aviation and back – Daniel BIrchfield:

Sven Thelning is just as comfortable on the farm as he is high in the clouds.

Farm manager at dairy farm Avon Glen at Enfield for about four years, the North Otago born father of three grew up on his parents’ sheep and beef farm at Herbert but gave up life on the farm to pursue his interest in aviation.

But, as he suspected might happen one day, the lure of farm work was too great to resist.

‘‘I had a bit of experience overseas when I left school, but after that I went into aviation for a bit before I got back into farming about 2014 and have been at the same place ever since.’’ . .

When Marina married her farmer some 25 years ago, she was unsure of how her corporate background would merge with farm life. Coming from a background in telecommunications to settle on a sheep and beef farm two hours north of the city seemed daunting, however within a few short years, she had a vision to build an online horticultural business – something she had little to no experience in. RhodoDirect was launched in 2000, and over a 20 year period both she and her husband Craig not only established a five acre show garden, but provided the leadership that saw the launch the Hurunui Garden Festival, an annual, springtime event that celebrates local gardens. In 2020, RhodoDirect was sold, allowing Marina to return to her original career in training and development. With a newly acquired Diploma of Professional Coaching, Marina has since launched a new business – Thrive13 – which focusses on the personal and professional development of young women. Now with 25 years’ experience in both corporate and rural sectors and with her own horticultural career behind her, Marina has a wide range of skills to offer her clients.

When asked what concerned Marina about the health and safety of those in rural industries and communities, Marina spoke of the impact of depression on personal relationships within rural families. As a passionate facilitator of workshops for rural women, she said that members of rural families need invest energy into finding their voice and having the confidence and the courage to speak up not only for themselves, but for those around them.  . .

I get to go to some amazing places for “work”. Few are more stunning than Dingleburn Station, Lake Hawea, NZ. What a morning! What a place! What a driveway!!. @neXtgenAgri pic.twitter.com/kQUGJ0pUtC

Lack of consultation by government shows and public get behind tahr:

New Zealand Deerstalkers Association Inc (NZDA) are disappointed to receive a final Himalayan tahr control operational plan from the Department of Conservation (DOC) for the coming 2020/21 operational period that ignores any advice and input from NZDA as the voice of recreational hunters.

NZDA Chief Executive, Gwyn Thurlow says “I have received many calls and emails from hunters, not just our members, expressing their outrage and disbelief at the government’s decision to take a course of action that flies in the face of its overarching objective of listening, being compassionate, and caring about our people and communities.

“There is no doubt that New Zealand hunters, a minority group, are being brushed aside by government and treated with a complete lack of due process and consultation. . .

Tourism industry operators are pleading for the government to halt DoC’s plan for a mass killing of Himalayan Tahr, saying the animals provide hundreds of jobs and a multi-million dollar benefit to the country.

Under a controversial 2020-21 plan which came into effect yesterday, DoC will significantly increase the number of tahr it kills, including exterminating all animals in national parks.

The Tahr Foundation has asked the High Court for an injunction to stop DoC going ahead with the mass slaughter. . .

Developed over 10 years by family members headed by Ben Single, a mechanical engineer, along with the help of robotic experts, the air-borne weed sensor has been used commercially on their farm for the past 18 months.

It can map between 200 to 300 hectares an hour and is capable of picking up weeds the size of the top of a beer can. . .

From the sporting archives: 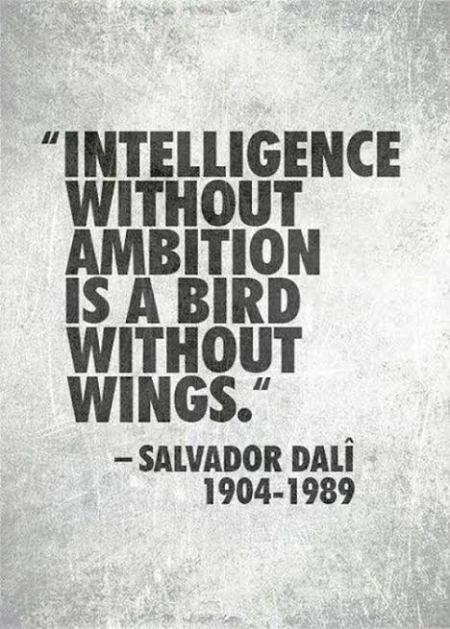 Intelligence without ambition is a bird without wings. – Salvador Dalí