Imprimatur – sanction or approval; support; a person’s authoritative approval; official approval of something, given by a person in a position of authority; license or permission to publish or print a book or article; an official licence issued by the Roman Catholic Church to print an ecclesiastical or religious book.

“I believe that the most important single thing, beyond discipline and creativity, is daring to dare.” #MayaAngelou

With the demise of New Zealand’s $41 billion tourism industry because of covid-19 the primary sector will carry an even greater economic burden. Not only will it fund the lion’s share of health, education and social welfare but also service the $200 billion the Government plans to borrow. This week we start the series, Growing Our Recovery, which looks at what obstacles and opportunities the sector faces as it leads NZ out of economic recession.

Renewed trust in the primary sector is being shown by the Government and its officials as they see changing economic fortunes around the globe, sector leaders say.

“We are picking up an awareness amongst Government that the stakes have all of a sudden got very high, not that they weren’t high before, but the stakes now are doubly high and they’re very much aware of that,” DairyNZ chief executive Dr Tim Mackle said. . .

An AgriHQ initiative started earlier this year is playing a key role providing options for farmers wanting to buy supplementary stock feed while donated balage and hay continue to be trucked into Hawke’s Bay.

In February AgriHQ saw a growing demand for supplementary feed from farmers relying on various avenues to supply their needs.

To connect buyers with sellers it set up the AgriHQ Feed Noticeboard to let sellers listing what they have got, its cost, their location and contact details.

Commercial leader Steph Holloway says the online noticeboard proved popular popular from the start with it not uncommon for feed to be listed one day then gone the next. . .

Beaut afternoon at Greenhill. Perfect day for the winter shearing of the ewe flock. 👍 pic.twitter.com/FV7I2cYNHZ

Josh Cochrane is passionate about cows and enthusiastic about working in the dairy sector.

At 22, Mr Cochrane has wanted to be a dairy farmer for as long as he can remember.

He is in his first season as a 2IC for contract milkers Ben Franklin and Chelsea Saywell, on Roddy MacInnes’ 140ha property at Ryal Bush, milking 520 cows.

However, next season he moves to a 600-cow property in Oamaru as a contract milker.

He entered this year’s Southland/Otago Dairy Trainee of the Year competition and placed third.

The versatility of Holstein Friesians is being credited with allowing a young South Canterbury couple to produce zero bobby calves.

Jakeb Lawson has been working in the dairy industry since he was about 13 and likes it so much, he wants to eventually own his own farm.

Mr Lawson (19) is a farm assistant for sharemilker Matt McKenzie, on a 300ha property owned by Eoin and Jayne McKenzie, at Woodlands.

Silly, I know. But I am under a lot of stress so play along! What is your cow horoscope? pic.twitter.com/MgnQ01CPl9

Farmers still need up to 40,000 workers to help bring the harvest in this summer despite an ‘overwhelming’ response to hiring campaigns.

Defra launched the initiative ‘Pick for Britain’ last month to bring workers and employers together as the impact of Covid-19 leaves a diminished workforce.

From pickers and packers, to plant husbandry and tractor or forklift drivers, there are a wide range of roles available for furloughed employees. . .

National Lamb Day is celebrated on the 24th of May to commemorate the day in 1882 when the first shipment of frozen sheep meat arrived in the UK aboard the Dunedin. The shipment was organised by two entrepreneurs, William Davidson and Thomas Brydone and left New Zealand on February 15th from Port Chalmers, Otago. William Davidson, was a British-based general manager of the New Zealand and Australian Land Company, whose landholdings in the two countries exceeded 1 million hectares. Davidson had taken an interest in refrigerated experiments, which had proved the concept, if not yet the economic viability, of shipping frozen meat around the globe. That historic journey of around 5,000 carcasses was the beginning of what is now a multi billion dollar industry. New Zealand farmers produce some of the best lamb and the rest of the world just can’t get enough. 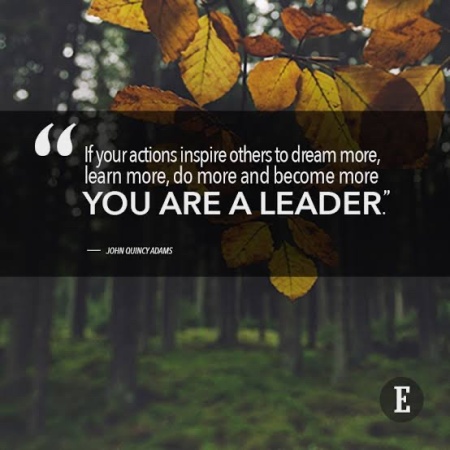 If your actions inspire others to dream more, learn more, do more and become more, you are a leader. John Quincy Adams