Immedicable – unable to be healed or treated; incurable; unresponsive to treatment.

“A little consideration, a little thought for others, makes all the difference.” ~A.A.Milne #BeKind #tuesdayMotivation pic.twitter.com/4OwZWqlGLI

Currently New Zealand is looking down the barrel of a massive health crisis and equally as bad economic crisis due to the advent of the Coronavirus.

New Zealand farming has over the last couple of years under the current government has been berated, belittled & blamed for almost all of the pollution problems that we are facing as a country.

This coalition government has produced many polices aimed at the farmers of New Zealand that are supposedly going to fix all of the problems that we have with pollution of our land & waterways and protection of our national indigenous biodiversity. . .

Reviving demand in China is providing primary sector exporters with some cushioning from covid-19 fallout as other countries start slipping into recession.

Having earlier this year weathered the virtual shutdown of China as it battled to contain covid-19, meat companies are seeing improved demand as life there slowly returns to normal.

Government restrictions confined people at home, preventing them working, shopping or eating at restaurants but they are slowly being lifted. . .

The kiwifruit sector has been left hundreds of workers short after New Zealand’s unprecedented border shutdowns locked out seasonal workers for good this season.

Kiwifruit Growers chief executive Nikki Johnson confirmed 1300 Recognised Seasonal Employer workers from the Pacific Islands unable to get here. That represents more than half the region’s allocation for RSE staff.

The sector is seeking special dispensation to fly the workers in despite the border closure.  . .

Young breeders from round the world gather – Sally Rae:

Mr Alfonso, his brother Guzman, and Agustin Pineyrua were in New Zealand for the Boehringer Ingelheim World Hereford Conference.

The four-yearly conference, which was based in Queenstown, was last held in New Zealand in 1984. It attracted breeders from around the world for the week-long event.

Brides-to-be take note. Having a sheep at a wedding is apparently all the rage in the United Kingdom.

But not just any old sheep – the Valais Blacknose, which originates from Switzerland, and is dubbed the world’s cutest sheep, is the breed of choice at wedding venues.

It might not have been a wedding but Abraham the ram was a crowd-pleaser at the Wanaka A&P Show yesterday.

Abraham was the first lamb born from 25 embryos imported from the UK by Motueka couple Lindsay and Sally Strathdee and Wairarapa-based business partner Christine Reed. . .

Inside Pahiatua looking out:

According to the news reports reaching the backwoods here in Pahiatua, we hear the logging industry in the far North has been hit hard by the de escalation of raw log exports to China. The stockpiles of logs at ports are at saturation point. Cutting crews are unemployed and trucks sit idle. It does not look good for their local economy.

Meanwhile here in Pahiatua things appear quite different. The town has  Highway 2 running through its middle, either  to Eketahuna in the South or Woodville in the north.

I live on the Main Highway at the North end of town and being a petrolhead of long standing, I can occupy my twilight years sitting under my shade trees watching the passing parade. Which generally speaking is an ever changing kaleidoscope of kiwi’s on the move.  I can go to all the car shows and never have to leave home. . .

We’re just being asked to wash our hands properly and sit on our sofas.

Most of us don’t need to go out for anything but essential supplies.

We can take this seriously ourselves or wait for the government to tell us what do do by which time health services will be overwhelmed and people, including health care workers, will die.

UPDATE: I’ve removed the video because, as Andrei points out in the comment below, it’s almost certainly a charity scam.

That does not change the fact that we’re being asked to act responsibly to stop the spread of Covid-19, and should do so.

Prayer for a Pandemic 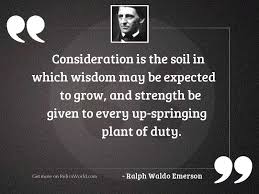 Consideration is the soil in which wisdom may be expected to grow, and strength be given to every up-springing plant of duty. – Ralph Waldo Emerson