Ween – be of the opinion of; imagine; suppose, think.

Farm confidence – already bruised by the effects of drought – becomes a victim of Covid-19 – Point of Order:

As the country’s  front-line export  sector,  NZ agriculture  is  bearing  the brunt of the global  trade slowdown.  ANZ Bank’s chief  economist  Sharon Zollner says  the  human and  economic damage from the  Covid-19 outbreak is taking a  heavy toll on sentiment in the agriculture  sector.

“Our  best  hope is that the  disruption proves  short-lived but there is not   question the export-oriented  sector is  reeling”.

Authorities   such  as  Keith Woodford  believe NZ, as well as most of the world,  will head into recession.  Woodford contends the key issue becomes rapid support for those who lose their employment.

He  sees  a  “considerable  risk” that the government and Reserve Bank will use the wrong macro tools. . .

The problem with vegans and climate change – Jacqueline Rowarth:

Veganism is a distraction from the major climate change issues of increase in population and lifestyle, including travel, writes Dr Jacqueline Rowarth.

This is contrary to ongoing statements in the media, from, for instance the Vegan Society.

Quite apart from the legal restraints to do with type of crop and chemicals that can be used, there are temperature, rainfall, soil and topographical constraints. . .

The Mycoplasma bovis compensation battle has ramped up following a High Court ruling it is allowed to decide what farmers can be repaid for.

The van Leeuwens, the first to have the cattle disease confirmed in New Zealand, claim they have been left $3million out of pocket. . .

Just the slugs please, not the worms. pic.twitter.com/o56AR2wjt6

The present has caught up with AgResearch’s Future Footprint plans which are now a thing of the past. It is now going it alone at Lincoln but collaborating with Massey University in Palmerston North and will keep its centres at Ruakura and Invermay. Neal Wallace reports.

AGRESEARCH has abandoned elements of its Future Footprint proposal begun eight years ago and will keep its four national campuses but expand two.

The original plan was to severely downsize its Invermay campus near Dunedin and Ruakura in Hamilton with the focus on centres at Lincoln and Palmerston North.

Acting chief executive Tony Hickmott says the plan now is to retain all four sites and construct new buildings at Palmerston North, which is under way, and Lincoln. . .

Rain is the magic tonic in the farming community, says Northland based AgFirst consultant Tafi Manjala.

But without it the sentiment going into the Northland Field Days from the farming community will likely to be “cautious”, he says.

“When it is raining and things are going well people are more buoyant and positive about the future,” Manjala told Rural News.

“They feel more confident about things, they can justify to themselves why they can have some discretionary expenditure at the field days. . .

Agrifeeds have started the new decade in a strong position, having invested significantly in new blending and storage facilities to help increase their nutritional offer to customers.

Following the opening late last year of two new storage facilities in New Plymouth and Marsden Point in Northland, two new blending operations have also been built in each location. . .

Jacinda Ardern has issued a do-as-I-say-not-as-I-do instruction to voters:

Prime Minister Jacinda Ardern has delivered her strongest rebuking of NZ First MP and Minister Shane Jones yet, suggesting that if he was a Labour MP, he would face demotion. . .

How strong is that strongest rebuke?:

“If I had a member within my own party making statements like that, I would have a very obvious ability and course of action that I could take,” she said.

“I could demote, I could reprimand; [there is] a range of things that I could do.”

But all those things were off the table because – although Jones is one of her ministers – he is in a different political party. . .

That is weak and it’s tosh.

She is the Prime Minister and has the power to discipline, which could include sacking, any members of her cabinet.

At least that’s what the Cabinet Manual says, but could it be that the secret collation agreement between Labour and New Zealand First holds a clause that takes that power from her?

We can’t know while the agreement remains secret and in the absence of that knowledge this looks hypocritical:

“My message to voters is this: In election year, the power now sits with you. You determine who is able to form Governments and you have it within your power to decide what you make of those remarks, as well,” she said.

“What is within other’s powers is to join in the condemnation of statements, like those we have seen made by Shane Jones.

“I asked of voters to act on their values when it comes to election time.”

She’s expecting voters to act on their values when she isn’t acting on her own.

She could, as Simon Bridges has done, and as Cat MacLennan writes she should , rule out New Zealand First as a partner in a future government.

She’s failing to discipline Jones and rule out his party next time herself but asking voters to do it for her.,

That’s very much do as she says, not as she does.

In doing that she’s sending a message  to not only not vote for NZ First but to not vote for National because only with that party leading the next government can voters be sure it won’t include NZ First. 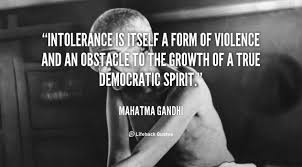