“Free markets don’t work except within a framework of laws. That’s wholly different than having them operate with politicians jumping in at unpredictable times to suddenly pass some new legislation.” —- @ThomasSowell on the role of government.

Some weeks back I wrote how the market value of dairy land is declining substantially. The biggest factor is a change in bank-lending policies such that local buyers cannot get funding. The second key factor is that foreign buyers can no longer buy land for dairy farming. A third factor is pessimism about the long-term future relating to environmental issues and labour availability.

The consequence of these factors is that although many dairy farmers would like to sell, there are very few buyers. This is despite three years of good dairy prices and now a fourth good year heading into the home straight with nearly all farmers making operating profits.

In this article, I build on that situation to explore the proportion of farmers who, with declining asset values, have either exhausted or are close to exhausting their previous equity. . .

The New Zealand Agricultural Aviation Association (NZAAA) is up in arms about a proposed new safety levy.

They say it unfairly targets the ag sector and will lead to increased costs of spreading fertiliser and spraying crops. NZAAA chairman Tony Michelle says his organisation is happy to pay levies set by the Civil Aviation Authority (CAA). However, he believes the new proposals are almost double the present ones and says there is a huge inconsistency in the way these would be applied.

Some operators believe the ag sector is seen as a soft target by the CAA, because it assumes the new charges will just be passed on to farmers.

A sample of the line of Coopdale 2 tooth ewes I purchased today from the 2tooth & adult ewe fair at Temuka. These $235 ewes today would have cost me $285 last year according to my agent. Yes, it’s getting dry pic.twitter.com/YU8SvmTAUa

Fonterra is taking another step forward in its commitment to renewable energy as it announces that its Te Awamutu site will be coal free next season.

Until now the site has used a combination of fuels to process milk – including coal.  This latest move, follows a trial last year and means it will switch from using coal at the end of this season, starting the 2020/21 season powering the boiler with wood pellets.

Fonterra’s Sustainable Energy and Utility Manager Linda Thompson says it’s an exciting step for the Co-operative and, in particular, the Te Awamutu team. . .

China overtakes the US as top beef market:

LIC half-year revenue up as farmers invest in ‘precision farming‘:

Always enjoy my visits to Lynette and John’s farm @smalltorquer in Rai Valley. Thorough @Fonterra and industry discussions. Passionate food producers & industry advocates. 2nd best thing is the shed art,👌🏾. Thanks for bringing a bit of colour & character to our region👍🏾👊🏾💪🏾✌🏾 pic.twitter.com/dSfEJfZwvt

The Ministry for Primary Industries (MPI) is taking steps to establish the new Farm Debt Mediation Scheme, which will begin operating on 1 July 2020.

From next week MPI will be able to consider applications from mediation organisations wanting to take part in this scheme.

“We’ve already heard from leading mediation organisations that are interested in participating. If an organisation is approved, they will then make sure their mediators are trained for the new scheme,” says Karen Adair, MPI’s deputy director-general of Agriculture and Investment Services. 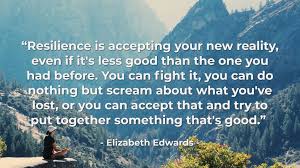 Resilience is accepting your new reality, even if it’s less good than the one you had before. You can fight it, you can do nothing but scream about what you’ve lost, or you can accept that and try to put together something that’s good – Elizabeth Edwards.