Natatorium – a swimming pool, especially one that is indoors;  a building or complex containing one or more such pools; an area of a sea, lake or river suitable for swimming.

"Although nature has proven season in and season out that if the thing that is planted bears at all, it will yield more of itself, there are those who seem certain that if they plant tomato seeds, at harvesttime they can reap onions." #MayaAngelou

Farmers fear new biodiversity policy could force councils to make them restore areas of indigenous flora and fauna on their land.

The Government has released its proposed draft National Policy Statement for Indigenous Biodiversity, which leans heavily on councils to identify, monitor and manage areas with significant indigenous biodiversity.

Within five years councils will have to identify and map significant natural areas using standard national criteria, manage any adverse effects on those areas and survey native wildlife in and outside the areas to determine if they are threatened or affected by land use activities. . .

Sarah’s Country: Are we fit for a better world? – Sarah Perriam:

Sarah’s Country’s debut episode focuses on the key elements of this vision for New Zealand that includes a swing towards regenerative agriculture, capturing the value of the billion-dollar plant protein trend and offsetting our carbon emissions with environmental integrity, not ‘thin air fake’ credits.

Sarah Perriam, the host of Sarah’s Country, is this week joined by guest co-host Kate Scott. Kate is a director of LandPro and a 2018 Nuffield Scholar living in Central Otago. . .

Thanks for hosting an Open Farms day with us Penny, Dominique and Logan!

Farm sales start to look up:

Farm sales were down 21.6% for the three months ended December 2019 versus the year prior ­— but sales look to be lifting.

The guessing game has begun to predict what dairy farmers will get for their milk this season.

The consensus in the sector is that the price will be positive: numbers ranging from $7.15/kgMS to $7.50/kgMS, although ASB rural economist Nathan Penny is sticking his neck out and suggesting it could reach $8/kgMS.

While there is not necessarily a need to cut herd sizes for the purpose of climate change mitigation, increasing numbers is also not the way to go, according to Dr. Frank Mitloehner.

Dr. Mitloehner, a well-known professor and air quality specialist, was speaking at an event called ‘Climate Action in Agriculture: A Balanced Approach’ in Dublin today, Tuesday, January 21, which was organised by the Irish Farmers’ Association (IFA).

The German-born Californian-based professor spoke out against the perceived necessity to cut herd sizes. However, when asked about the growing numbers of animals in the dairy industry, he warned that going in the opposite direction by increasing numbers would pose a climate issue. . .

Britain cannot risk importing food with a higher carbon footprint than food which has been produced in the UK, a new report says.

Released by the Committee on Climate Change (CCC), it says British farming produces some of the most sustainable food in the world and that emissions from UK beef is half that of the global average.

Land Use: Policies for a Net Zero UK presents a detailed range of options to drive emissions reductions in England, Scotland, Wales and Northern Ireland. . .

Meet the growers of the small farm revolution who are changing the world one seed at a time. Journey to farms in eight countries, and be inspired by market gardeners across the globe. This is The Good Life. 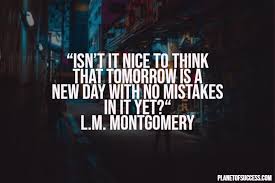 Isn’t it nice to think that tomorrow is a new day with no mistakes in it yet?  L.M. Montgomery