"My fondness for darkness began when I stopped being frightened of it. Would I go up to the attic to fetch something? I had no torch, no candle. But I went, feeling enormously brave; and I returned, to the praise of my family, feeling proud of myself." ~C.R.Milne #FridayFeeling pic.twitter.com/jzBqmbXI8W

Manawatu dairy farmer Mat Hocken is the winner of the Rabobank Emerging Leader Award for 2019.

Hocken is director and owner of family business Grassmere Dairy, a 1000-cow dairy operation on the banks of the Oroua River in the Manawatu.

He becomes the first Kiwi to win the award since its introduction in 2013. The awards ceremony was held in Auckland last night. . .

Arable farmers have appealed to their dairy farmer colleagues to buy their grain rather than importing it from overseas.

She was commenting on the Feds’ latest banking survey showing 30 per cent of the arable farmers surveyed felt under pressure and they also had the lowest percentage feeling very satisfied or satisfied (60 per cent). . .

A leading once a day (OAD) farmer says her farm is set to have a record year thanks to a combination of favourable circumstances – especially the weather.

Christine Finnigan who farms near Rongotea, Manawatu says the warm winter has seen good pasture growth into spring and her 220 Kiwi cross cows are in good condition.

She says the original target for this season was 78,000kgMS, but says if conditions stay favourable the record of 82,500kgMS could be reached. . .

This brings the total bonuses it has distributed for the season to $15.2m.

The latest quarterly payments were made to the co-operative’s ‘platinum’ and ‘gold’ shareholders who supply 100% of their livestock to Alliance. The latest payments cover the July to September period. . .

The last of New Zealand’s successful 2019 kiwifruit crop has been shipped, with four containers of Zespri Green leaving Tauranga for North Asia, unloading in Hong Kong and Taiwan.

Around 70 tonnes of the Bay of Plenty-grown kiwifruit was loaded onto the APL Denver this week which is expected to reach the first port in 15 days.

“Our premium Zespri SunGold and Green Kiwifruit are more popular than ever, and over the course of the season we’ve moved 44 full charter shiploads and 17,160 containers, or more than 500,000 tonnes in total, to our markets,” Mr Hamill says. . .

#MangaRa has a range of land types and 3 streams running through it. Here shows how we have fenced off the MangaRa stream enabling the development of 45 hectares of flats alongside. Land retirement and intensification hand-in-hand. Good or bad? You be the judge. pic.twitter.com/Hxq5wAPOuE

A ‘fundamental cultural change’ is needed to ensure that women in the Scottish farming industry are valued more, a new report has revealed.

Women’s contribution to the sector can be ‘undervalued, downplayed, or simply unseen’, it explained.

The findings are included in a Women in Agriculture Taskforce report which was commissioned by the Scottish government. Taskforce co-chair Joyce Campbell said the the report has shone light into the ‘very dark corners of Scottish agriculture.’ . . 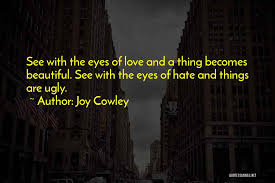