"It is time for parents to teach young people early on that in diversity there is beauty and there is strength." #MayaAngelou 50 years ago @SesameStreet first aired! Over the years Dr. Angelou appeared on the show and we say congratulations! #Sesame50 pic.twitter.com/fua4MhG071

Canterbury farmers fearing as much as an 80 percent crop loss from hailstorm – Kaysha Brownlie:

Canterbury farmers are scrambling to salvage what was spared from hail the size of eggs which pummelled Canterbury this week.

Some of them are fearing as much as an 80 percent crop loss after two severe storms battered the region.

Southland dairy farmers have become more compliant with their resource consent conditions with the rate of significant non-compliance last year falling from 1.9% to 1.8%.

In the 2018-19 year council staff inspected 783 dairy effluent discharge consents either on-site or by air and found 634 fully compliant, 139 graded as low risk or moderately non-compliant and 10, or 1.8%, as significantly non-compliant.

The previous year 922 sites were inspected, some more than twice, and 17, or 1.9%, were found to be significantly non-compliant.

The council’s regulatory committee chairman Neville Cook said the improvement shows farmers are aware of their responsibilities and are doing something about it. . . .

An Australian farming couple is suing Landcorp subsidiary Focus Genetics for hundreds of thousands of dollars because they cannot access their sheep genetics data.

The Wellington High Court recently conducted an urgent hearing over whether Damien and Kirsten Croser, fourth generation farmers from South Australia, could access some of the data for this season’s mating.

The urgent hearing is separate to an application to sue Focus Genetics. Originally the Crosers said they would sue for $1.9 million, but their claim has been reduced to an undisclosed sum. . .

Alliance group has doubled profits to $20.7 million and will pay its farmer shareholders a $9 million fillip for the year to September.

The country’s largest processor and exporter of sheep and lamb products, yesterday reported turnover of $1.7 billion, largely on the back of record demand and prices from China.

Dye-stained wool unsuitable for scouring could be problem for years because of the high volume being stored, New Zealand Woolscouring chief executive Nigel Hales says.

“We’d only be guessing how much wool there is out there but feedback from field reps is that every motorbike they see has a can of spray on it.”

The dye stains in wool cannot be scoured out and a lot of wool is now not being scoured at all though Hales said the amount is not material given the overall volumes. . .

How Dean Foods’ bankruptcy is a ‘warning sign’ to the milk industry – Lillianna Byington:

Analysts told Food Dive this news didn’t come as a shock. A number of factors led to Dean Foods’ decline, including dropping fluid milk consumption, rising competition from private label and milk alternatives, and a complex company history with M&A gone wrong and financial missteps from which it never quite recovered.

These factors culminated in a decline in revenues that led to the company’s bankruptcy filing​ after several CEOs failed to achieve the task of turning around the troubled business. Experts and analysts say what happened to Dean can serve as a cautionary tale to other businesses in the space.

The science of kindness 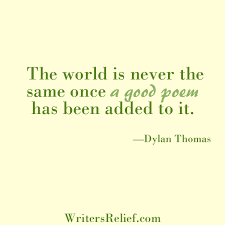 The world is never the same once a good poem has been added to it. – Dylan Thomas