Farmers, others from rural communities and people from the businesses which service and support them will be marching on parliament today.

This open letter to the Prime Minister from a 15 year-old explains the motivation:

I would very much appreciate it if you could please find the time to read this formal piece of writing.

The Devastating Impacts of The Government’s One Billion Trees Program

The Labour Government’s one billion trees program is a disaster waiting to happen. According to Te Uru Rakau, the New Zealand government’s tree planting initiative will deliver, improved social, environmental and economic outcomes for New Zealand. A closer inspection of that scheme reveals the many loopholes and lack of logic in this new initiative. New Zealand Forestry is not the clean, green industry it is depicted to be. In fact, it is one of the causes of our growing number of polluted waterways. This initiative is going to ruin rural communities and the agricultural sector. The Labour party is making a monumental mistake, encouraging and supporting people to irreversibly plant pine trees on productive land. The government needs to wake up. Planting pine trees to offset our carbon emissions is just a short-term solution to climate change.

Pine trees and the systems used to harvest them are polluting the environment. Pine is a soft wood, and when harvested, it rots very quickly unless treated with toxic anti-fungal or insecticide solution immediately. Large areas contaminated by arsenic are thought to be caused by these timber treatment processes. The forestry industry is fossil fuel dependent and uses petrol and diesel to run all its machinery, which contributes to greenhouse gas emissions. In New Zealand a harvesting system of clear-cutting is used. This means that entire forests are removed and restocked at the same time. This creates a large window of vulnerability, where cleared forest land is susceptible to erosion, filling rivers, lakes and inshore fishing grounds with toxic debris and sediment. Recently, cyclone Gita hit New Zealand hard. Northland locals reported “tsunamis of forestry debris rushing past rivers near their homes.” Houses were written off, animals killed, roads damaged, and grazing paddocks ruined. Gisborne mayor Meng Foon says the clean-up is expected to cost ten million dollars and rate payers will foot most of the bill. The continuation of clear-cutting pine plantations is leaving the community to pay the price of environmental impacts, while the forestry industry ignorantly puts money in the bank. Forestry is not the environmentally friendly industry the New Zealand government has portrayed it to be. Its practices are polluting the environment and are far from sustainable.

New Zealand is made up of many rural villages and communities where local families make a living farming the land like they have for generations. Agriculture is one of New Zealand’s leading export earners and many kiwis rely on this industry. The government, however, is encouraging the planting of pine trees on these farms, which is going to ruin rural communities. For every thousand hectares of trees planted on pastoral land, seven people lose their jobs-forever. In comparison, production forests create one job per thousand hectares. It is uncommon to see a New Zealander fulfilling this role, so the government is recruiting people from the Pacific Islands to plant and harvest the pine trees. Even if New Zealander’s did these jobs, them and their families do not tend to live in the local communities as they already have their life set up in the city. Rural depopulation can have a devastating effect on those few that remain, through under supported schools, services and loss of community strength and spirit. Planting one billon trees over 2.8 million hectares will mean that many New Zealander’s will lose their jobs and be forced to move to one of the nation’s already overpopulated cities. The Labour Government needs to think about whether afforestation fits with this country’s values, aspirations and the resources New Zealander’s leave behind for future generations. By planting all these pine trees, the government is cramming people into the cities and sucking the life out of the rural communities.

Forestry is an irreversible change in land use, and that change will lead to the downfall of New Zealand’s economy. Once forestry plantations are planted on productive land there is no going back. The land is no longer suited to any other kind of agriculture. Only 52 percent of New Zealand is used for agriculture, which is 24 percent less than in 1991, yet it is still one of New Zealand’s biggest export earners. Beef and lamb exports alone earn the country over 6.5 billion dollars each year. New Zealand is known for its clean, green image and red meat protein source. This country needs a large area of pastoral land, that can produce high-quality protein from grass-fed animals, with minimal inputs and a sustainable carbon footprint. Taking out whole agricultural properties and putting them into pine trees, just because the current timber and carbon price favours forestry is foolish. Planting pine trees is not a more sustainable option, than the current land use, farming. If people stop polluting the world in the first place, the pine tree scheme wouldn’t be needed. Many people make assumptions that they will never be hungry, but the world’s population is growing, and with that productive land for farming is decreasing. People can not eat wood, and who wants to live off insects and artificial meat from a factory? By setting up initiatives to help people irreversibly plant pine trees on productive land, the Labour Government is making an immense mistake, that will lead to the downfall of New Zealand’s economy.

The New Zealand Labour Government has set a goal to plant one billion trees by 2028. According to their official website the program will deliver, improved social, environmental and economic outcomes for New Zealand. This statement couldn’t be further from the truth. The New Zealand Government’s poorly researched pine tree planting policy, favouring the forestry sector, will be the undoing of rural communities and the New Zealand economy. Our government needs to be clearer and more intelligent as the sustainability of New Zealand relies on the ability as a country to match land type to correct land use. If trees are going to be planted on unproductive land, then the forests of the future need to be environmentally and rural community friendly. Crucially, we need forests that people want to be surrounded by, that can be nurtured and protected so future generations can continue to enjoy rural New Zealand like I have.

Thank you for reading, I hope you have been enlightened.

The March has been initiated by 50 Shades of Green :

OUR PURPOSE: To demonstrate and communicate that we will not be ridden over roughshod by a political agenda which shows no regard for genuine community wellbeing or genuine democratic consultation. The rural sector is being excluded from critical policy making decisions at the same time that anti farming lobbyists are being ushered in. We are calling the Government out. We deserve a level playing field and a fair go.

A FAIR GO. That’s all NZ Farming communities are asking for.

We are the men and women who grow your food. We work in the rain, sun, snow and wind to take care of this land, our animals and families.

We ask for a fair go on Emissions (Net ZCB) – We own land, which is  home to hundreds of thousands, even millions of trees and yet our emissions reductions targets are unnecessarily high and ‘gross’ while other emitters have ‘net’ targets which will be met by planting what remains of our farms and communities in trees.

We ask for a fair go on Water Regulations.  We are custodians of vast waterways, a role we have embraced over the last 20 years and into which huge investments have been  made.   We were not properly consulted on the Freshwater Reforms.  None of our elected representatives were permitted at the table to provide a voice on our behalf.  Meanwhile environmental lobby groups were ushered in to share in the spoils of an unfettered political agenda. We need local solutions to local problems, and we need to be heard.

We ask for a fair go on Land Use Changes (ETS):  The Government never originally intended to return carbon credits to foresters for carbon sequestration, the forestry industry lobbied for over 6 years to achieve this outcome.  This artificial market for sequestered units will drive escalating afforestation by international and domestic investors at an unprecedented scale should the ‘free market’ be given its head and allowed to bolt onto our hills.  Our Communities are not carbon sinks, our people matter more than that.

We ask a fair go for Mental Health.  The Farmers of New Zealand and their families are being painted as environmental vandals by their own Government. The persistent focus on farming being a ‘problem’ is perpetuating the groundswell of disgusting behaviour targeting farmers and even their children by extremist activists intent on furthering their own agendas. This campaign against rural businesses and their families can not be ignored or worse, given credibility by the Government, or rural families will ultimately pay the price.

They’re not against forestry per se.

They’re for the right tree in the right place. That’s not on productive land and encouraged by policy that allows foreigners to buy farms for forestry but not farming. 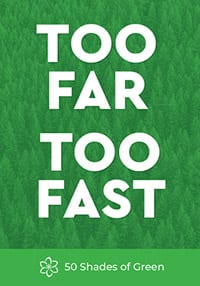 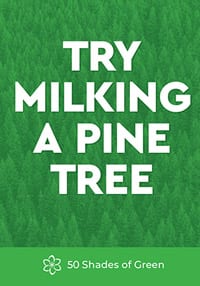 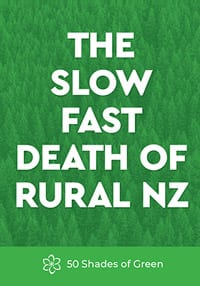 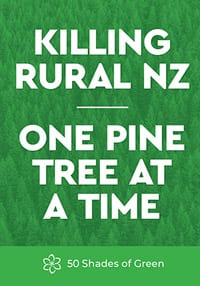 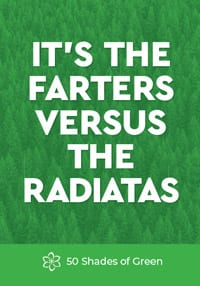 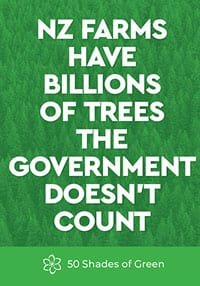 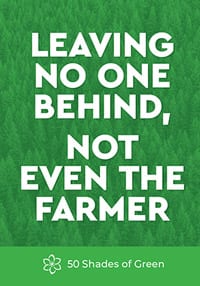 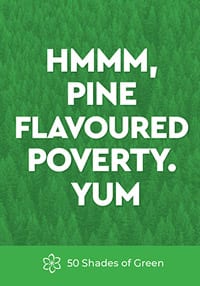 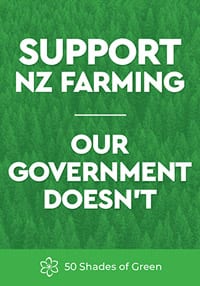 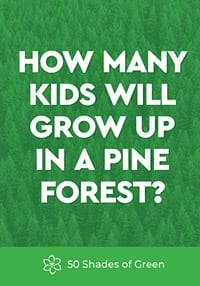 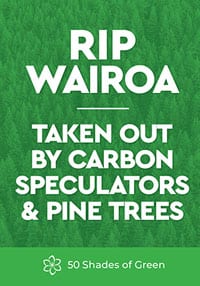 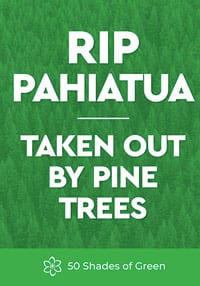 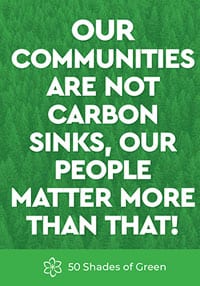 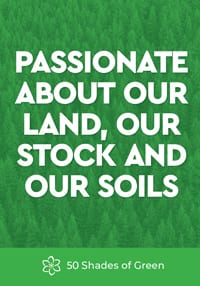 This entry was posted on Thursday, November 14th, 2019 at 7:00 am and is filed under business, environment, Farming, food, politics, rural. You can follow any responses to this entry through the RSS 2.0 feed. You can leave a response, or trackback from your own site.