Do racists care whether someone black is married or unmarried? If not, then why do married blacks escape poverty so much more often than other blacks, if racism is the main reason for black poverty?

Why are farmers treated differently?:

For all the protestations of affection and respect, dairy farmers seem to be in a class of their own when it comes to the non-negotiability of their environmental responsibilities.

That was made very clear once again last week when the Ministry for Primary Industries announced that it would not be prosecuting anyone over the deaths of potentially hundreds of long-finned eels, which were removed from their habitat and dumped by Hawke’s Bay Regional Council workers. The dead and dying eels were discovered by a Napier resident, encased in tonnes of mud that had been dumped on the banks of the Moteo River in February. A video that went viral on Facebook prompted the MPI to investigate, and the council downed tools while it undertook its own review.

Eight months later the MPI said it had insufficient evidence to charge anyone. . .

DairyNZ Chief Executive Dr Tim Mackle is describing the Zero Carbon Bill as a ‘mixed bag’ for farmers, while urging all political parties to work together to find consensus on a pathway forward.

“The agricultural sector has engaged positively and constructively in this process over the past 18 months to help craft a piece of legislation that is both consistent with a 1.5-degree pathway and fair for farmers” Dr Mackle said.

“We support the key architecture in the Bill. This includes the establishment of an Independent Climate Change Commission, carbon budgeting and, in particular, a split gas approach that recognises methane is different to other greenhouse gasses”.

The key point of contention remains the methane reduction targets. . .

There is a strong social-licence angle in pursuing environmental efforts on water quality and greenhouse gases.

Farmers being seen to be making efforts across both areas will only aid farming’s continuing acceptability to society, regardless of the science dynamic.

A great Speckle Park evening to end a mixed day on the ranch.
This sort of stuff makes the mahi worth it! pic.twitter.com/E26C15v054

Julie Skedgwell, (16), of Tuatapere, got a hug from her mum and a dinner out after becoming reserve champion in a national dairy judging competition in Hastings recently – despite being extremely nervous.

The James Hargest College pupil is a fourth generation Jersey stud breeder, with her own stud, the Mount Brook Stud.

Sister Alannah (17) also has her own Elms Lake Stud.

Alex Malcolm: The 9-year-old on a mission to eradicate catfish – Leah Tebbutt:

Pesky catfish have grown to record numbers in Rotorua lakes over the past two years but one 9-year-old is making a record number of catches.

Alex Malcolm has been hunting the whiskered fish since “the end of term one” and can tell you the exact number he has caught over the short space of time.

“I’m not giving it up anytime soon because it is something I can do in my own time. I like being out on the lake.” . .

Today we sold 3 new-calved pedigree heifers at Penrith to another Dairy Shorthorn breeder.

We came back home to a bonny new born heifer calf.
There’s always another one waiting in the wings.

Last week I wrote about the environmental impact of the global meat and dairy industries. It made quite a few people cross, particularly British farmers, who felt unfairly maligned.

National Farmers’ Union Vice President Stuart Roberts asked if we could have a conversation about it all, and so that’s what we did. He made a series of illuminating points, and our exchange left me with a lot of questions about the nature of fairness and competition under the pressure of the climate crisis.

Mr Roberts started with a broad argument: “People have drawn this conclusion that meat is bad, plants are good, and therefore we should all stop eating meat. It over simplifies a tremendously complicated issue.” . . 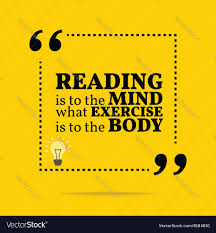 Reading is to the mind what exercise is to the body.