Vermiculation – a marking made by, or resembling the track of, a worm; marked with irregular fine lines or with wavy impressed lines; a surface pattern of dense but irregular lines; wavy lines cut into the surface of stone, used for decoration.

Since wealth is the only thing that can cure poverty, you might think that the left would be as obsessed with the creation of wealth as they are with the redistribution of wealth. But you would be wrong.

“I hope farmers understand the importance of today,” he said.

“This is a piece of work that empowers us as a sector to put the tools in place to measure the mitigations, the sequestrations against our liabilities.

“That’s our goal and that will drive the right behaviours.”

But now the office work is done the farm work will start. . .

Hill-Country farmers will be deterred from doing environmental protection and enhancement because of limits put on land use by the proposed Essential Freshwater policies, Tararua farmers Simon and Trudy Hales say.

They believe restrictions on farmers’ ability to realise the productive potential of their land will stymie investment in environmental protection.

The couple, this year’s Supreme Award winners in the Manawatu-Wanganui Region Ballance Farm Environment Awards, estimate over the past four years they have spent about $120,000 on environmental protection on their 970ha, 819ha effective, hill country farm. . .

Couple of colorful pics to cheer everyone everyone, because it's been a shit week weather wise and this being my first chance to get the drone out.
Enjoy your weekend all. pic.twitter.com/WIQ7jPavYR

When Norton and Coral Moller decided to plant trees on a bare coastal dairy farm south of New Plymouth, the response from neighbours was disbelief.

Last month they were among 17 Taranaki Environment Award winners, for environmental leadership in dairying. . .

If this coalition government is serious about tackling climate change and ensuring future generations are left with a prosperous planet, GMO law reform must be considered.

A poignant aspect of making a difference to New Zealand’s carbon emissions is discontinuing ‘business as usual’, meaning that the lifestyles we have founded and the way our society operates now needs to change. It’s not sustainable, and doesn’t promise the 170,000 people who took to the streets on September 27 or their children an inhabitable future.

We need to be exploring new methods, changing the way we think, and reevaluating ideas we have while taking into consideration the increasingly fast development of science. We need to reform the law about genetically modified organisms. . .

Who would have thought. pic.twitter.com/Kac1zB4NcZ

Two properties destined for conversion to kiwifruit are among the few dairy farms being sold.

The farms are in the Pukehina area, east of the main kiwifruit zone at Te Puke in Bay of Plenty.

It is fringe kiwifruit land away from the main post-harvest infrastructure and indications are the buyers are already in the industry with the knowledge to make the bare-land investment, Real Estate Institute rural spokesman Brian Peacocke said.  . .

The announcement of up to 4000 more trades training places in schools will help meet demand from students to learn about farming and horticulture, Primary ITO chief executive Nigel Philpott says.

Genetic engineering, CRISPR and food: What the ‘revolution’ will bring in the near future – Steven Cerier:

Humankind is on the verge of a genetic revolution that holds great promise and potential. It will change the ways food is grown, medicine is produced, animals are altered and will give rise to new ways of producing plastics, biofuels and chemicals.

Many object to the genetic revolution, insisting we should not be ‘playing God’ by tinkering with the building blocks of life; we should leave the genie in the bottle. This is the view held by many opponents of GMO foods.  But few transformative scientific advances are widely embraced at first. Once a discovery has been made and its impact widely felt it is impossible to stop despite the pleas of doubters and critics concerned about potential unintended consequences. Otherwise, science would not have experienced great leaps throughout history­­—and we would still be living a primitive existence

Farm 4 Life – How I entered the dairy industry 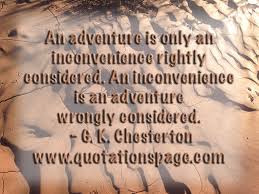