Calisthenical – addicted to exercise or calisthenics;  skilled or talented in callisthenics; beautiful or graceful in respect of physical movement.

One of the most pathetic—and dangerous—signs of our times is the growing number of individuals and groups who believe that no one can possibly disagree with them for any honest reason.

Dr Eric Neumann’s career takes him to animal disease hot spots throughout the world to advise officials and farmers on their response and to monitor severity and behaviour of disease outbreaks Neal Wallace talks to the epidemiologist.

The savagery of African swine fever was starkly illustrated to Kiwi epidemiologist Dr Eric Neumann when he visited a 1000-pig farm in Vietnam.

The fever’s presence had been confirmed in the housed piggery two weeks before his visit but by time he got there 600 animals had died and most of the survivors were sick. . .

Bashing Fonterra in the media is so prevalent it’s almost a national pastime; farmer shareholders keen to share that phone call they got from the chairman, commentators sticking the boot in at the behest of their dairy processor clients and any politician looking for some airtime will happily have a crack.

If the payout is low it’s due to the incompetence of directors and management, if the payout is high it’s because Fonterra is screwing the scrum and forcing their competitors to pay more for milk than it’s worth.

While there are legitimate criticisms to be levelled at the Co-op, and they’re not above scoring own goals in that department, it’s so easy that writing a column panning them is almost lazy. I make no secret that I’m a fan of Fonterra’s new direction; the honesty that is largely on display at shareholder meetings, the way they now engage with the government instead of the ‘Fortress Fonterra’ mentality of old and their willingness to show leadership and vision in areas that affect their farmers. . .

The agricultural sector is New Zealand’s largest industry, made up chiefly of  pastoral farming and horticulture.

The coalition government, however,  is implementing a strategy squarely aimed at replacing the farming sector with forestry.  The result will be depopulation of the countryside, the destruction of  our environment and our way of life, and sets us on the road to poverty. . .

The NZ Labour/Green/NZF Coalition is on an ideological mission to shut down our biggest industry, the farming sector, & replace it with monoculture exotic pine forest, destroying our way of life and our environment and setting us on a road to poverty. https://t.co/kpXgjWQS3U

Leather exporters are grappling with record low prices for hides.

The agricultral insights group, AgriHQ, said strong beef production in Australia, Brazil and the US had meant that the cattle hide market was significantly oversupplied.

A senior analyst at AgriHQ, Mel Croad, said this oversupply, combined with the rise of much more convincing synthetic leather substitutes and a downturn in the manufacture of luxury leather goods meant global demand was very weak.

“In addition, the closure of some Chinese tanneries due to environmental concerns has narrowed down selling options for hides,” Ms Croad said. . .

Demand from farmers for SurePhos expected to exceed supply:

Ballance Agri-Nutrients has produced a sustainable superphosphate product that is expected to displace traditional ‘Super’ fertiliser used by the majority of farmers – with clear environmental and productivity benefits.

SurePhosTM is expected to reduce phosphate losses by up to 75%, making a significant positive impact on the quality of waterways and, due to low water solubility, keeps nutrients in the soil system where they are available to plants.

Ballance Agri-Nutrients Chairman, David Peacocke, says SurePhosTM will be the choice of a new generation of farmers who have sustainability front-of-mind. . .

I’m a farmer and a no-deal Brexit would put me out of business – Will Case:

Here in the beautiful Cumbrian countryside, the sun is out, our grass is growing and the sky is blue. Sheep are busily nibbling the pasture while cattle are basking in the summer warmth. These are perfect conditions for farming. The animals are content and the farmers are working hard.

Everything should be fine, but there is a big, dark cloud lurking on the horizon: the possibility of a no-deal Brexit. This is a threat to everything we do. The uncertainty around Brexit and the prospect of trade tariffs that would cripple our business is a real worry. The future direction of UK-produced food is simply unknown.

Will we be forced to adhere to ever higher standards, while our government allows food to be imported from countries where farmers adhere to welfare or other standards that would, rightly, be illegal on my farm? Will our politicians assure British farmers that they will avoid a disastrous no-deal Brexit? . .

How to speak Maori

As a (not entirely) official ambassador of New Zealand How to Dad Jordan Watson  has graduated from parenting to language:

When our Argentinean AFS student lived with us, he pronounced Maori words and place names much better than we did by saying them as if they were Spanish. 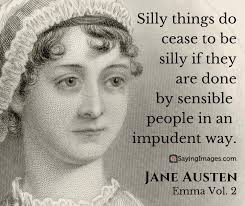 Silly things cease to be silly if they are done by sensible people in an impudent way – Jane Austen.