Before giving thought to splurging funds from the surplus, Finance Minister Grant Robertson should check on the effects some of his colleagues’ policies are having on the economy, Federated Farmers says.

“The warning signs are there as growth in provincial economies slows – predominantly because of a significant drop in farmer confidence, not any fall in product prices.  As any economist knows, a drop in provincial growth will flow through to hit national growth,” Feds commerce and trade spokesperson Andrew Hoggard says.

There have been media reports that the sharp fall in log prices is hitting employment in regions such as Northland and the East Coast and sentiment in key dairy regions such as the Waikato, Taranaki, Manawatu and Southland is fragile due to concerns about government policy. . .

Farmers are welcoming the appointment of Tararua farmer Mel Poulton to the position of Special Agricultural Trade Envoy for New Zealand.

“She has a very good appreciation of the importance of trade to New Zealand and to the primary sector.

“Mel can also handle a dog around a hillside better than any man I’ve ever watched, which should be an indication of the patience and skill she will bring to wrangling with international free trade agreements and getting good deals for New Zealand.” . .

Meanwhile on Beaumont station, rainbows lead to… a @Smartwool woolshed!
As good as a pot of gold, ya reckon?!

Thanks for the magical 📸 Richard Hore pic.twitter.com/1sV01NOJwZ

The high profile former chief of Rabobank’s New Zealand operations has been with Skellerup, the owner of the iconic Red Band gumboot, for just under a month.

The Christchurch company was an instant switch for Gourley (nee Moynihan), whose presence at Rabobank gave the Dutch owned, global bank a Kiwi identity and voice in the agri industry.

At Skellerup she is managing a range of products and people, enjoying the initial feel of working for a national “household name,” she says. . .

Primary ITO is responding to the urgent need for skilled workers in agriculture and horticulture by launching a scholarship programme for apprentice fees.

Applications for the scholarships are open for October and November and will cover fees for the whole duration of the apprenticeship programmes, which generally take 2-3 years. . .

What do you know about catch crops? AgFirst are part of a group researching the notion that catch crops have the ability to reduce sediment & surface flow losses, following winter grazing of forage crops. #catchcrops Watch this space: https://t.co/eiGBjwhpzx pic.twitter.com/P5tw3OjGfw

Carrots are the cheapest they have been in seven years, while prices for capsicums, tomatoes, and cucumbers are falling sharply as spring arrives, Stats NZ said today.

This has been partly offset by a spike in courgette and broccoli prices, leaving overall fruit and vegetable prices down just 1.9 percent in September.

Angry French farmers blockaded major roads in the country yesterday over fears that ‘agri bashing’ is increasingly becoming the norm.

Protests occurred on Tuesday (8 October) as farmers become more and more concerned with the media’s representation of the industry.

Unions FNSEA and Jeunes Agriculteurs (Young Farmers), which organised the blockades, called on members to use tractors to bring traffic to a standstill. . .

Jordan Watson has expanded his repertoire from How to Dad to how to play rugby: 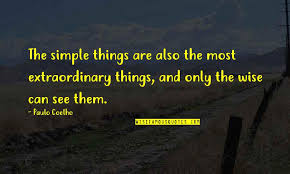 The simple things are also the most extraordinary things, and only the wise can see them.  Paulo Coleho