“We steer away from the past and turn to face the future. Facing the unknown and seeing nothing, we may well be afraid and need guidance. We need a mark to aim for. We need the assurance that at our journey’s end we will come to a safe haven.” ~C.R.Milne #WednesdayMotivation pic.twitter.com/MzVy9EnJzN

There’s a consistent theme running through my conversations with farmers – they’re experiencing some of the best returns in living memory but there is a sense of pessimism in the face of what feels like an endless tirade of accusations about environmental vandalism.

I can understand how sheep, beef and dairy farmers feel.

For three years as chief executive at New Zealand Pork dealing with animal welfare issues I had daily accusations that questioned my breeding, my heritage, my integrity and my morals.

I was threatened and to this day my home phone number isn’t listed.

So what is my response and my advice to farmers right now?

Farmer and former Fonterra board member Mark Townshend explains ten things that may help transition farmers through to the next generation of successful dairying and food production. 1. Find the right people aged 30-45 to lead the dairy industry for the next 20 years.

2. Work hard to attract the best human talent we can to the industry. We can have the best milk, produced more efficiently than anywhere in the world and produced in a more environmentally and animal friendly manner. But all of our challenges will be solved not by cows, weather or milk, but by smart people. Dairying in NZ needs to attract top quality people to the industry to meet the inevitable challenges. Encourage good people into farming and direct poor people out of farming. . .

Current ward councillor David Oddie said the forestry industry needed to take a “serious look at itself” after an audience member questioned why the Marlborough District Council hadn’t taken action against the practice of planting trees on roadside strips in the Sounds.

“It just gets back to the endless encouragement from central government to plant forestry. That has got to change … but it’s been a slow road,” he said. . .

NZ’s big pest bust: how do we kill the last survivors? – Jamie Morton:

Scientists have begun investigating how to wipe out the last surviving pests in New Zealand’s bold bid to rid itself of rats, stoats and possums by 2050.

A new $7.5 million programme, led by Manaaki Whenua – Landcare Research scientists, aims to overcome what’s long been a headache for predator-busting efforts – how to eliminate that final 5 per cent which manage to hang on.

The Government’s ambitious Predator Free 2050 initiative required scientific breakthroughs that could lift the kill rate to 100 per cent – a much more expensive prospect than just knocking out most of a population. . .

New Zealand hops are in demand in the United States as craft beer brewers compete to achieve a point of difference.

The Tasman District produces distinct flavours that can not be replicated, according to Jason Judkins, chief executive of Nelson’s Hop Revolution, and US brewers are keen to use New Zealand hops to stand out among competitors.

Judkins visited 50 breweries on a recent trip the the US. . .

President Donald Trump’s agriculture secretary said Tuesday during a stop in Wisconsin that he doesn’t know if the family dairy farm can survive as the industry moves toward a factory farm model.

U.S. Agriculture Secretary Sonny Perdue told reporters following an appearance at the World Dairy Expo in Madison that it’s getting harder for farmers to get by on milking smaller herds.

“In America, the big get bigger and the small go out,” Mr. Perdue said. “I don’t think in America we, for any small business, we have a guaranteed income or guaranteed profitability.” . . 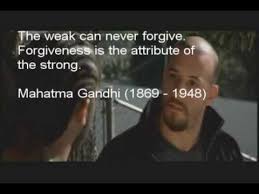 The weak can never forgive. Forgiveness is the attribute of the strong – Mahatma Gandhi