Environmental changes farmers are being forced to deal with were developed separately rather than in conjunction, Beef + Lamb environmental policy leader Corina Jordan says.

At the B+LNZ environment issues roadshow stop in Feilding Jordan said a lot of the work the proposed changes are based on was done in silos, with little or no thought about how they might affect each other or of the cumulative affect of everything happening at once.

“The full impact of the suite has not been considered,” she said.

“That’s not just at a farm level but also a community level.”

Proposals already announced as part of the Government’s Zero Carbon Bill and essential freshwater package will soon be added to by a new biodiversity strategy.

Jordan said it looks like, when coming up with some of the proposals, the experiences of other countries trying to deal with the same problems have not been taken into account either. . .

Farmers are worried about proposed water policy changes, but their concerns are largely based on a fear of the unknown, says Northland dairy farmer Andrew Booth.

In recent weeks social media has been rife with comments from on-edge farmers, and small town halls packed to the rafters as officials have been quizzed over the proposals.

Environment Minister David Parker released them last month, saying the health and wellbeing of water would be put first when making decisions, “providing for essential human needs, such as drinking water, will be second, and all other uses will follow”. . .

Fonterra’s farmers have decried the bad results of 2019 while approving the transparency and logic of the strategy reset, co-operative affairs managing director Mike Cronin says.

Speaking after three of the shareholder roadshow meetings in the South Island he said farmers welcomed the new strategy as authentic and self-explanatory and, therefore, convincing.

“Some want more detail on how we got here but the overall impression is that the strategy is back to basics, co-operative, New Zealand milk and all those good things.” . .

All aboard! ⚓
Bales of wool being loaded up from Cecil Peak station. pic.twitter.com/cfdywCZqO7

The award was presented at the 31st Nanjing Wool Market Convention at Qufu in Shandong Province, China.

He was one of just six global wool industry leaders to receive the award and the only New Zealander. . .

The second crop of lambs on the ground from Scottish genetics are looking good, Texel stud breeder and farmer Brent Busby says.

”They came out with a kilt,” he said.

He and wife Heather own the Cromarty Texel Stud and run 110 pedigree registered Texel ewes on 20ha at Myross Bush, Invercargill, with a further 15ha leased.

”We have finished lambing early and have 170% tailed, (including a set of quads)” he said.

Mrs Busby said they imported semen from Scottish studs in 2018 and inseminated 18 ewes. . .

Sheep farmers have highlighted their ‘astonishment’ over the government’s proposal to put in a place a live export ban once the UK leaves the EU.

Defra Secretary Theresa Villiers is proposing a ban on live exports of farm animals, stating that livestock should only be slaughtered at their most local abattoir.

A consultation will be created to gather opinion on the controversial proposal.

The National Sheep Association (NSA) has already criticised the plan, saying that it ‘exposes a serious lack of knowledge’ of how the industry works.

The group adds that there is an ‘absence of awareness’ of transport related welfare research. . . 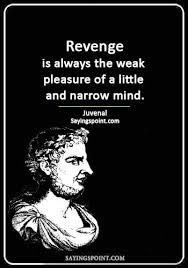 Revenge is always the weak pleasure of a little and narrow mind. – Juvenal