…The larger the slice taken by government, the smaller the cake available for everyone. pic.twitter.com/VHtdehuJFH

The sheep and beef sector will soon learn if it is carbon neutral while the Government moves to let farmers offset their emissions.

Beef + Lamb chief insight officer Jeremy Baker believes some sheep and beef farmers are probably carbon neutral given their areas of native bush and tree plantations but they are not formally recognised.

Climate Change Minister James Shaw is asking his officials how existing carbon sequestration on farms can be recognised.

“The Government wants to see a system where positive choices farmers make that are good for the climate are recognised. . .

So will axe swing on Fonterra staff?

Dairy farmers and Fonterra unit investors must be prepared for more bad news from the co-operative on September 12 when the 2019 annual results are disclosed.

The directors and the senior management team have not yet achieved the major targets set by then-interim chief executive Miles Hurrell a year ago.

They were to reduce debt by $800 million, to reduce operating expenses to the level of 2017 and to achieve a return on capital of at least 7%.

His nominated target date was July 31 this year for the debt reduction and July 31 next year for the opex cuts and ROC. . .

A new study reveals what our oldest of old people need to be able to live independently in small rural communities.  In a first, research carried out by AUT shows what people aged over 85 (our fastest growing older adult group) most need to be able to confidently get to and from opportunities to socialise.  Lynn Freeman speaks with research lead Professor of Well-being and Ageing at AUT Stephen Neville.  The research is published in the International Journal of Qualitative Studies on Health and Wellbeing. . .

Half a million litres of Pahiatua groundwater to be saved every day :

Half a million litres of Pahiatua groundwater (about the same as 18 milk tanker loads) will be saved every day thanks to the development and installation of a ground-breaking reclaimed water system at the local Fonterra site.

The site team came up with an innovative way to reuse water from condensation that’s produced during the milk powder manufacturing process. Robert Spurway, Fonterra’s COO Global Operations, says the water-saving initiative is a testament to the Pahiatua team’s innovative and can-do approach to sustainability.

“Pahiatua is already Fonterra New Zealand’s most water efficient site, and some clever thinking has taken it to the next level.”

Simon Gourley is The Bayer Young Viticulturist of the Year:

Congratulations to Simon Gourley for taking out the prestigious title of Bayer Young Viticulturist of the Year 2019. Simon was representing Central Otago and is Viticulturist at Domaine Thomson.

This is the second year running the trophy has been taken down to Central Otago and the third time in total since the competition started in 2006. Annabel Bulk won the competition in 2018 and Nick Paulin in 2011.

Congratulations also goes to Ben Richards from Indevin in Marlborough who came a very close second. . .

The team were a bit perplexed as to what I was doing… collecting water samples from a hill country seepage wetland for @MasseyUni pic.twitter.com/7dtSkHxJoh

How does a vegetarian defend beef? – Zinta Aistars:

Here’s how Nicolette Hahn Niman shoots down the arguments against eating beef.

One doesn’t usually think of eating as a political act, let alone a revolutionary one, but for many, what lands on the dinner plate not only provides nourishment, but also has become a means for saving the planet. What should and should not land on that plate and how it gets there is where the controversy, and the politics, begin.

Kalamazoo native Nicolette Hahn Niman is an environmental lawyer, rancher, food activist, and vegetarian. She stirs up something of a revolution in her controversial new book, Defending Beef: The Case for Sustainable Meat Production, The Manifesto of an Environmental Lawyer and Vegetarian Turned Cattle Rancher, published by Chelsea Green in October 2014.

Hahn Niman’s first book, Righteous Porkchop: Finding a Life and Good Food Beyond Factory Farms (William Morrow, 2009), paves the path to her current work. Porkchop is an exposé of what ails BigAg, or big agriculture, the factory farms that Hahn Niman points out as major polluters across the planet, contributing to climate change, to the detriment of everyone’s health. It is also her love story, as vegetarian meets cattle rancher, Bill Niman, joining forces in marriage and business. . .

Are you getting enough?

It’s World Iron Week – are you getting enough in your diet?

As the amount of red meat Kiwis eat shrinks, hospitalisations for iron deficiency anaemia are on the rise.

The cost of hospitalisations – primarily due to iron deficiency anaemia – has crept up from an annual $3.2 million to $6.7m over the past 10 years, according to Ministry of Health figures released under the Official Information Act.

Over the past three years, MOH has spent close to $20m for treatment.  . .

But a lack of iron-rich foods such as red meat, seafood or leafy greens is one of the biggest risks of low iron.  . .

Iron in animal products such as red meat is generally absorbed easier than plant based iron, with two to three servings of red meat a week the recommended amount.

But vegetarians can be healthy, with a well thought out diet.  . .

It’s #worldironweek – a chance to shine a spotlight on an issue that affects many Kiwis. Tune into a podcast on the silent epidemic of iron deficiency in our teenage girls – a must listen for parents and young people alike. Download at https://t.co/rrvTNahmBB pic.twitter.com/gHlvjUR1pn

Did you know 1 in 14 NZ women are iron deficient? #MasseyUni Dr @claire_bades says lean red meat is the best source of easily-absorbed heam iron, so try to eat it 3-4 times a week. #WorldIronWeek @BeefLambNZ pic.twitter.com/ldRsr3xNhF

#WorldIronWeek – Are you getting enough iron in your diet? #Beef #Lamb #Health #WednesdayWisdom pic.twitter.com/lbOT0myYJT

'With every spoon, a child needs to eat significantly more nutrients than an adult.' @AmyLovell_RD speaking at @MasseyUni Early Life Nutrition Symposium…due to smaller stomach capacity yet greater need for micronutrients such as iron #worldironweek #ironweek pic.twitter.com/T5yZpnewEO 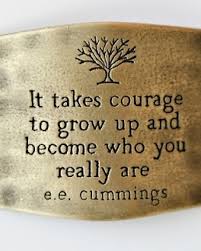 It takes courage to grow up and become who you really are. – e.e. cummings

1218 Al-Kamil became Sultan of Egypt, Syria and northern Mesopotamia on the death of his father Al-Adil.

1803 Lewis and Clark started their expedition to the west.

1841 – The brig Sophia Pate, was wrecked on a sandbar at the entrance to the Kaipara Harbour with the loss of 21 lives.

1876 Ottoman sultan Murat V was deposed and succeeded by his brotherAbd-ul-Hamid II.

1888  Mary Ann Nichols was murdered, the first of Jack the Ripper’s known victims.

1894 The new Industrial Conciliation and Arbitration (IC&A) Act, a flagship policy of Richard Seddon’s Liberal government, made New Zealand the first country in the world to outlaw strikes in favour of compulsory arbitration. There were no major strikes for 11 years and wages and conditions generally improved.

1920 Polish-Bolshevik War: A decisive Polish victory in the Battle of Komarów.

1940 Pennsylvania Central Airlines Trip 19 crashed near Lovettsville, Virginia. The CAB investigation of the accident was the first investigation to be conducted under the Bureau of Air Commerce act of 1938.

1943  The USS Harmon, the first U.S. Navy ship to be named after a black person, was commissioned.

1945 The Liberal Party of Australia was founded by Robert Menzies.

1949 The retreat of the Greek Democratic Army in Albania after its defeat in mountain Grammos marked the end of the Greek Civil War.

1957 The Federation of Malaya (now Malaysia) gained its independence from the United Kingdom.

1965  The Aero Spacelines Super Guppy aircraft made its first flight.

1978 William and Emily Harris, founders of the Symbionese Liberation Army, pleaded guilty to the 1974 kidnapping of

1986 The Soviet passenger liner Admiral Nakhimov sank in the Black Sea after colliding with the bulk carrier Pyotr Vasev, killing 423.

1991  Kyrgyzstan declared its independence from the Soviet Union.

1992  Pascal Lissouba was inaugurated as the President of the Republic of the Congo .

1993  HMS Mercury, shore establishment of the Royal Navy,  closed after 52 years in commission.

1997 Diana, Princess of Wales, her companion Dodi Al-Fayed and driver Henri Paul died in a car crash in Paris.

1999 The first of a series of bombings in Moscow, killing one person and wounding 40 others.

1999 – A LAPA Boeing 737-200 crashed during takeoff from Jorge Newbury Airport in Buenos Aires, killing 65, including 2 on the ground.

2006 Edvard Munch’s famous painting The Scream, which was stolen on August 22, 2004, was recovered in a raid by Norwegian police.

2016 – Brazil’s President Dilma Rousseff was impeached and removed from office..