Egalitarians create the most dangerous inequality of all—inequality of power. Allowing politicians to determine what all other human beings will be allowed to earn is one of the most reckless gambles imaginable.

The latest IPCC Special Report has the potential to turn the way we look at climate change on its head, says DairyNZ chief executive Dr Tim Mackle.

It highlights the challenges of providing sustainable food for a growing population and says animal sourced food from sustainable systems has a role to play.

The IPCC Special Report, released this month, is a “welcome contribution” to the developing debate on climate, says Mackle. . .

Dairy’s huge role earning export dollars for New Zealand is facing a threat some say could bring it to its knees. Lab-grown milk protein is now stepping outside niche cheese and ice cream markets and into the bulk ingredient arena. As Teresa Cowie has been finding out, a fight for this bulk commodity market could have serious consequences for our dairy industry.

At a lab in San Francisco, scientists working for New Zealand synthetic dairy start-up New Culture are trying to work out how they can produce mozzarella that looks, tastes and very importantly stretches like the real thing. Across the Pacific at home in Auckland, the company’s founder Matt Gibson says, as a vegan himself, the plant-based cheese offerings that refuse to melt properly and fail to satisfy in the taste department drew him towards exploring yeast fermented dairy protein, that cuts out the need for cows.

Plant-based diets are moving from niche to mainstream as consumers become more aware of the issues of animal welfare, climate change and pressure to feed the growing population. And this shift is predicted to be a huge disruption for New Zealand dairy, as makers of lab-produced products race to take over the ingredients market our farmers rely on. . .

Grandpa and the youngins! Time for a rest for a bit in the sun while we crutch the rest of the late lambing ewes & get them back onto #grassfed paddocks @tekopaenz #nzfarming @NZBeefLamb pic.twitter.com/pTEQrZC81X

It’s both the poster child and the problem child.

Turqouise lakes and tawny tussocks draw more than a million tourists to the South Island’s Mackenzie Basin each year. But many believe irrigation-fuelled intensive farming – on former Crown-owned leases, often, within easy view of the highway – is ruining landscapes and sending mixed messages to turn tourists off.

The Government won’t buy the whole basin, so how do you balance protection with economic activity, while acknowledging those, including Māori, with important connections to the land? . .

Hannah Jackson was helping a farmer get his sheep ready for a country show, when he told her to let “the lads down the road” groom the rams because they were “far too strong” for her.

The 27-year-old did not listen. “I went into the pen where there were these big male sheep, flipped one on its bum and started filing its feet,” she says. “I’d stand shoulder-to-shoulder with any man.”

More and more women like Hannah, who now runs her own farm, are entering the male-dominated UK agriculture industry.

About 17% of farmers are female, up from 7% in 2007-8, according to last year’s Office for National Statistics’ annual population survey. . .

The company said this would affect 44 staff at the Fairton site and four others preparing pelts at Pareora further south. A final decision will come after consultation with staff and their union, which will take until the end of August.

Staff had been presented with potential redundancy, as well as work options at other Silver Fern Farms sites in the region, it said.

Hounds all blew off some steam this morning! pic.twitter.com/yxmc6VhAcl

Changes in land use or farm policies which result in predominance of young livestock could be recipe for disaster in terms of the development of drench resistance.

Ben Allott from North Canterbury Vets says while sheep and beef farmers are often encouraged to use triple active drenches to circumnavigate drench resistance issues, he says this ignores the changes that need to be made to address the fundamental issues that are creating the environment for drench resistance to occur.

Now that scientists have sequenced the avocado genome, can we grow them in Minnesota?   – Kamari Stewart:

From toast to theme restaurants, the avocado has soared in popularity in the United States. Consumption is up from 436.6 million pounds annually to 2.4 billion pounds between 1985 and 2018.

Researchers from Texas Tech University and the University of Buffalo have studied avocados in a way that is best described as a 23andMe test. They compared the roots of the Hass cultivar (a Mexican-Guatemalan hybrid) and a Mexican strain, to West Indian, Guatemalan, and other Mexican varieties. They discovered that the avocado genome has naturally evolved over time to increase its resistance to disease—a finding that could be significant for the future of avocado breeding.

The discovery could help growers breed more disease-resistant avocados, and eventually lead to varieties that are drought-resistant or less temperature sensitive, and can be grown in northern and drier climates. More growing options could help supply match demand and protect shoppers from a price hike like this year’s. In early July, avocado prices were 129 percent higher than they were at the same time in 2018. . .

Why are young Italians rediscovering agriculture?

Italy’s youth is breathing new life into the country’s rural areas. In the past two years, the number of young graduates – often from urban centres – starting up their businesses in the countryside has increased by 35%. Many are driven by a deep appreciation of Italy’s rich local produce and have a good understanding of environmentally-friendly practices. These new forms of agriculture are now playing a significant role in youth employment and Italy’s economic recovery. 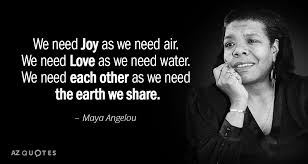 1932 Amelia Earhart became the first woman to fly across the United States non-stop (from Los Angeles to Newark, New Jersey).

1942 : The Battle of the Eastern Solomons. Japanese aircraft carrierRyūjōwas sunk and US carrier Enterprise heavily damaged.

1967  A group of hippies led by Abbie Hoffman temporarily disrupted trading at the NYSE by throwing dollar bills from the viewing gallery, causing a cease in trading as the brokers scramble to grab them up.

2001 – Air Transat Flight 236 ran out of fuel over the Atlantic Ocean and made an emergency landing in the Azores.

2014 – A 6.0 magnitude earthquake struck Napa, California, in the northern San Francisco Bay area, It was the largest earthquake to strike northern California since the 1989 Loma Prieta earthquake.

2016  – An earthquake struck Central Italy with a magnitude of 6.2, with aftershocks felt as far as Rome and Florence.