We are among the biggest fools in history if we keep on paying people to make us hate each other. Whether it is called by pretty names like “multiculturalism,” “diversity” or “gender awareness,” that is what it all boils down to.

Ironically, he had just spent more than $500,000 on resource consent and infrastructure to increase cow numbers when he realised the expansion meant an increase in his greenhouse gas emissions.

Alexander told the recent Dunedin meeting of the Ministry for the Environment’s Action and Agricultural Emissions public consultation he realised he needed to learn more about climate change.

From that research he concluded it is a real and looming threat, there is no silver bullet and farmers need to start reducing their emissions now.

“You need to do little things well and it is about starting now,” he says. . .

Farmer who beat debt and depression on a mission to help :

A New Zealand farmer has told how he battled an eight-year drought and mental health issues to become one of the country’s top beef and sheep producers.

After years of spiralling debts and depression, Doug Avery turned his 2,400ha farm into one of New Zealand’s most successful farming enterprises.

It has been a long struggle, but he has since received widespread acclaim for his approach to farming, the environment and mental wellbeing. . .

I’m in the #specklepark game for the year. The first of 80
Speckle/dairy x heifers which will eventually get in calf to our purebred Speckle Park bull. Then we’ll see just how good the genetics are in terms of finishing fast and dressing out to high percentages. Watch this space! pic.twitter.com/yAVXYVJR83

The success of an earlier book on drovers has prompted Timaru author Ruth Entwistle Low to write another, this time on shearers.

The Shearers: New Zealand Legends was launched in Timaru last week following on from her successful On the Hoof: The Untold Story of Drovers in New Zealand.

”It was a risk for my publishers taking on the drovers’ book,” she said.

”It’s a niche subject but the book sold well and was on the New Zealand best seller non-fiction lists for six weeks, which was pretty satisfying.”

That prompted the realisation that there was sufficient interest to warrant another similar book.

”When the dust settled on the first one, Penguin came back and said: ‘Do you want to write a book on shearers?’.” . .

Well I’m completely baffled!! Scanned not in calf . Sure she was in service in May . I guess we were all wrong! Lovely bull calf ! But who is it sired by ???? pic.twitter.com/7bdAoNZZSu

Minette Batters: Brexit has been “a face-slapping moment” for farming – Julian Baggini:

Minette Batters could not have chosen a more difficult time to become the first female president of the National Farmers’ Union (NFU). “Things could go massively wrong and it could decimate the industry,” she tells me at the NFU’s London headquarters. “It could destroy lives and livelihoods and families, and that is in the back of my mind at all times.”

The threat comes from a chaotic Brexit, which she has been fighting from the moment of her election in February last year. Her warning is grave: “If the government does forget about agriculture, if they do flood us with cheap ingredients that would be illegal for us to produce here, it would make what happened to coal and steel look like a walk in the park.”

Batters says Brexit has been “a face-slapping moment” for farming. Along with the climate emergency, it has forced the industry to think hard about sustainable agriculture. . .

Meat and poultry consumption is expected to hit record highs this year.¹ However, the news about animal proteins’ popularity has been overshadowed by recent headlines generated by plant-based meat substitutes, with national foodservice distribution deals and IPOs garnering attention in both trade and mainstream media. It is important to look beyond the headlines to put these next-generation meat substitutes, as well as the claims made by the companies producing these products, in context with sales numbers and consumer perceptions, as well as environmental and nutritional facts. While some of the companies behind plant-based meat substitutes aim to replace animal proteins, in 2018 beef was the most valuable protein at retail.²

Cannasouth has harvested its first crop of medicinal research cannabis from its purpose-built growing facility in Hamilton.

Cannasouth founders Mark Lucas and Nic Foreman have been growing industrial hemp varieties outdoors since 2002. However, this harvest is significant because of the high THC (tetrahydrocannabidiol) and CBD (cannabidiol) content of the plants, which are grown indoors under tight security.

Until now, Cannasouth has been conducting its research using raw high-grade THC-rich cannabis flower from the Netherlands – imported under a special licence from the Ministry of Health. . .

The docudrama follows the plight of farmer Jay Hill of Dell City, Texas, and farmer and soil scientist Meagan Kaiser of Bowling Green, Missouri. In this film, they articulate the challenges farmers face while embracing the opportunity to meet the increasing demands to create sustainable food systems through the next 30 harvests, and ultimately help solve the greatest challenge of this generation: climate change. This film is inspired by true events in the lives of farmers Jay Hill and Meagan Kaiser. 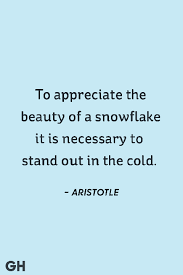 986  A Byzantine army was destroyed in the Battle of Gates of Trajan by the Bulgarians under the Comitopuli Samuel and Aron.

1907  Pike Place Market, the longest continuously-running public farmers market in the US, opened in Seattle.

1908  Fantasmagorie, the first animated cartoon, realized by Émile Cohl, was shown in Paris.

1915  Jewish American Leo Frank was lynched for the alleged murder of a 13-year-old girl in Marietta, Georgia.

1942 – A total of 118 New Zealand prisoners of war died when the Italian transport ship Nino Bixio was torpedoed by a British submarine in the Mediterranean.

1943  The U.S. Eighth Air Force suffered the loss of 60 bombers on the Schweinfurt-Regensburg mission.

1947 The Radcliffe Line, the border between Union of India and Dominion of Pakistan was revealed.

1959  Quake Lake was formed by the magnitude 7.5 1959 Yellowstone earthquake near Hebgen Lake in Montana.

1959  Kind of Blue by Miles Davis the much acclaimed and highly influential best selling jazz recording of all time, was released.

1962  East German border guards killed 18-year-old Peter Fechter as he attempted to cross the Berlin Wall into West Berlin becoming one of the first victims of the wall.

1982  The first Compact Discs (CDs) were released to the public in Germany.

1998  Monica Lewinsky scandal: US President Bill Clinton admitted in taped testimony that he had an “improper physical relationship” with White House intern Monica Lewinsky. On the same day he admitted before the nation that he “misled people” about his relationship.

2004 – The National Assembly of Serbia unanimously adopted new state symbols for Serbia: Bože pravde became the new anthem and the coat of arms was adopted for the whole country.

2005 The first forced evacuation of settlers, as part of the Israel unilateral disengagement plan, starts.

2009 – An accident at the Sayano–Shushenskaya Dam in Khakassia, Russia, killed 75 and shut down the hydroelectric power station, leading to widespread power failure in the local area.

2015  – A bomb exploded near the Erawan Shrine in Bangkok, Thailand, killing at least 19 people and injuring 123 others.