Socialists have always spent much of their time seeking new titles for their beliefs, because the old versions so quickly become outdated and discredited. pic.twitter.com/e13GnUdbnd

Success from the ground up – Luke Chivers:

Future Post is leading change in on-farm sustainability with its new environmentally friendly fence post that won the top Agricultural Innovation award at this year’s Fieldays.

Here’s my beef with the entitled and pampered fat cats – Phil Quin:

Whereas I’m not exactly persuaded by James Cameron and Sir Peter Jackson that New Zealand can or should go meat-free, I’m pretty sure we could manage without three more Avatar films.

“What we need,” Cameron told us last week, “is a nice transition to a meatless or relatively meatless world in 20 or 30 years.”

Even for a filmmaker better known for special effects than human-seeming dialogue, this is a clunker.

To be fair, though, when you’ve made a couple of billion dollars from blue aliens on a fictitious planet, and when you have come to regard New Zealand as your personal movie set, what’s so hard about replacing dairy and meat with plant-based alternatives?   . . .

It's just not a nice day anymore. pic.twitter.com/dBAN0pbC7M

New Zealand is behind other countries in developing and investing in plant-based food ingredients and it’s time to bite the bullet, Plant Research managing director Adrian Russell says.

Agriculture and the world food supply are in the biggest revolution in history, Russell told the Grain and Seed Industry Forum at Lincoln.

“There’s incredibly exciting times to get into as an industry, things are changing and we need to change with it.

“The rise of the flexitarian consuming less meat is predicted to quadruple global pea protein demand by 2025.  . .

It is not happening quickly. But it is happening.

Women account for only about one in four board members of the large primary sector co-operatives. Two are on the 11-strong Fonterra board and they comprise two of seven on the Silver Fern Farms board, two of nine on the Board of Alliance Farmers Produce and three of 10 on the Farmlands board. . .

Alan Harvey’s new job is proving great preparation for his tilt at the Young Farmer of the Year title.

The Aorangi region representative in the grand final has moved from being an agricultural consultant for Agri Planz to operations manager for North Otago dairy farming company Borst Holdings Ltd.

After winning the Aorangi competition in February, Mr Harvey said he would have to work on his knowledge of the dairy sector before the national final in Hawke’s Bay on July 4 to 6. So he is filling the gaps in his knowledge while enjoying the variety his job brings. . .

A locally developed, industry-led source assurance programme will set the bar for consumers by enabling them to trace their eggs back to the farm they came from to verify that the eggs they want to buy are the eggs in the carton, says New Zealand’s Egg Producers Federation (EPF).

“True source assurance comes from authenticity across multiple platforms, and for that reason, we see this as the most ambitious primary industry-led programme available,” says EPF Executive Director, Michael Brooks. . .

Life on the croft…
Here is she, Babycoo Lagertha with Jinty. She is now getting less milk from us and more from her mother. A real princess 🐮❣#Scotland #OuterHebrides #coosdayeveryday #babycoo #farm #farming #crofting #Alba pic.twitter.com/xP92BbFQ1L

In the United States, the public panic about the dangers of genetically modified foods is fading fast. This is an amazing—and rare—triumph of reason and science over public hysteria and political posturing.

On Monday, for example, the New York Times published an article by Knuvul Sheikh detailing recent advances in genetically modified crops without offering a single word about potential health dangers or environmental concerns. In fact, it seems there’s a rebranding effort on the left to hype GMO foods as a vital response to climate change.

After describing the benefits of growing plants under artificial light conditions, Sheikh writes: “Researchers have also adopted new genetic techniques to optimize flowering times and make plants more resistant to the rigors of a warming planet.” What types of techniques? None other than Crispr-style gene editing: “Unlike older crossbreeding and crop modification techniques, newer tools like Crispr allow scientists to snip out portions of the plant’s own DNA that may make it vulnerable to disease. . .

A Hell of a mistake

Tricking customers into eating fake meat is a hell of a mistake:

Hell Pizza denies misleading customers by covertly serving fake meat, despite a lawyer’s warning the company may have breached the Fair Trading Act.

Thousands of Kiwis unwittingly sampled Beyond Meat after Hell quietly added the product to its menu.

After selling thousands of the pizzas to customers around the country, Hell revealed on Wednesday the patties were a plant-based creation from US company Beyond Meat.
Marketing lawyer Rae Nield said there was a high risk Hell was in breach of the Act, which protected consumers from being misled.

A pizza burger combo doesn’t appeal to me, but if I did order it I’d want to know what I was eating and people with allergies need to know what’s in their food.

“We care about the planet and want to start a conversation and raise awareness about sustainable food choices.

“A lot of people are instantly put off by the idea of fake meats, so we made the call to not reveal its meat-free origins to [people] eating it because we were so confident they’d enjoy these patties,” he said. . .

Customers aren’t children to be fooled into eating something new by companies that think they know best.

If Hell wanted people to try the fake stuff, they could have offered bite-sized tastes.

Besides whether or non-meat alternatives are better for the planet is up for debate, and whether something so highly processed made in a lab from so many ingredients, is healthier than paddock raised, grass-fed meat is also moot.

One of these lists is dog meat Ingredients. The other two are plant based “meat”. Just for consideration. I’m a label reader. I try and eat clean.home kill Meat. Fruit. Vegetables. Eggs. Home made bread, pastry, pizza based, baking… 🤔 it’s interesting…. thoughts ? pic.twitter.com/pz4RElnEKw

I don’t know which of the above is dog meat, I’d prefer a chop or a steak rather to any of them.

The answer follows the break.

END_OF_DOCUMENT_TOKEN_TO_BE_REPLACED 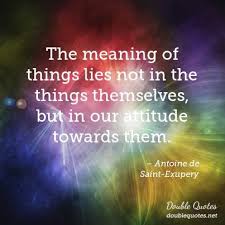 The meaning of things lies not in the things themselves, but in our attitude towards them.  – Antoine de Saint-Exupéry

1862 – The steamer White Swan was wrecked on the Wairarapa coast.

1974 Isabel Perón was sworn in as the first female President of Argentina.

2007  Two car bombs were found in the heart of London at Piccadilly Circus.

2012 – A derecho struck the eastern United States, leaving at least 22 people dead and millions without power.

2014 – The Islamic State of Iraq and the Levant self-declared its caliphate in Syria and northern Iraq.