1644 The Qing Dynasty Manchu forces led by the Shunzhi Emperor captured Beijing during the collapse of the Ming Dynasty.

1674 Shivaji, founder of the Maratha empire was crowned.

1683 The Ashmolean Museum in Oxford opened as the world’s first university museum.

1809 Sweden promulgated a new Constitution, which restores political power to the Riksdag of the Estates after 20 years of Enlightened absolutism.

1813 War of 1812: Battle of Stoney Creek – A British force of 700 under John Vincent defeated an American force three times its size under William Winder and John Chandler.

1832 The June Rebellion of Paris was put down by the National Guard.

1882 More than 100,000 inhabitants of Bombay were supposedly killed in the so-called ‘Bombay Cyclone of 1882‘, but this has proved a hoax and did not happen.

1882 The Shewan forces of Menelik defeated the Gojjame army in the Battle of Embabo. The Shewans capture Negus Tekle Haymanot of Gojjam, and heir victory leads to a Shewan hegemony over the territories south of the Abay River.

1906 Paris Métro Line 5 was inaugurated with a first section from Place d’Italie to the Gare d’Orléans.

1912 The eruption of Novarupta in Alaska began.

1918 World War I: Battle of Belleau Wood – The U.S. Marine Corps suffered its worst single day’s casualties while attempting to recapture the wood at Chateau-Thierry.

1921 The Southwark Bridge in London, was opened for traffic by King George V and Queen Mary.

1925 The Chrysler Corporation was founded by Walter Percy Chrysler.

1939 Adolf Hitler gave a public address to returning German volunteers who fought as Legion Kondor during the Spanish Civil War.

1944 Battle of Normandy began. D-Day, code named Operation Overlord, commenced with the landing of 155,000 Allied troops on the beaches of Normandy.

1946 The Basketball Association of America was formed in New York City.

1964 Under a temporary order, the rocket launches at Cuxhaven,Germany, were terminated.

1966 James Meredith, civil rights activist, was shot while trying to march across Mississippi.

1968 Senator Robert F. Kennedy died from his wounds after he was shot the previous night.

1981 A passenger train travelling between Mansi and Saharsa, India, jumped the tracks at a bridge crossing the Bagmati river.

1983 – Joe Rokocoko, Fijian rugby player and All Black was born.

1984 The Indian Army attacked the Golden Temple in Amritsar following an order from Indira Gandhi.

1985 The grave of “Wolfgang Gerhard” was exhumed in Embu, Brazil; the remains found were later proven to be those of Josef Mengele, Auschwitz’s “Angel of Death”. 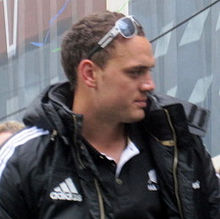 1990 U.S. District court judge Jose Gonzales rules that the rap album As Nasty As They Wanna Be by 2 Live Crew violated Florida’s obscenity law; he declared that the predominant subject matter of the record is “directed to the ‘dirty’ thoughts and the loins, not to the intellect and the mind.”

1999 In Australian Rules Football, Tony Lockett broke the record for career goals, previously 1299 by Gordon Coventry which had stood since 1937.

2002 A near-Earth asteroid estimated at 10 metres diameter exploded over the Mediterranean Sea between Greece and Libya. The resulting explosion was estimated to have a force of 26 kilotons, slightly more powerful than the Nagasaki atomic bomb.

This entry was posted on Thursday, June 6th, 2019 at 12:01 am and is filed under history. You can follow any responses to this entry through the RSS 2.0 feed. You can leave a response, or trackback from your own site.