"Not since the days of slavery have there been so many people who feel entitled to what other people have produced as there are in the modern welfare state, whether in Western Europe or on this side of the Atlantic."

A lobby group has been formed as concern grows about the impact of the Government’s billion trees policy on rural communities.

The group, named 50 Shades of Green, aims to convince politicians and decision makers that the current push to plant a billion trees will destroy the provinces, and ultimately the New Zealand economy.

“In the Wairarapa there have been seven farms moved from production, in Pongaroa there has been between 6000 and 8000 hectares planted in trees,” he said . .

The Government’s goal of planting a billion trees will destroy the provincial heartland and the New Zealand economy, a new lobby group says.

The group, 50 Shades of Green, has grown out of concerns held by Wairarapa farmers and businesspeople but spokesman Mike Butterick is confident people from around the country will jump on board.

Productive farmland is at risk from the tree-planting policy, Butterick says.

“It’s essential that as a country we stop and think about the long-term impact that will have.” . .

The deer industry is disappointed by the Government’s agricultural emissions reduction targets that will result in significant reductions in stock numbers.

Even if tools and technologies were available to reduce methane and nitrous oxide in future the level of reduction will effectively mean the agriculture sector is being asked not just to cease its own contribution to global warming but also offset the contribution of other sectors. . .

Warnings a modern day gold rush is underway as productive farm land is sold to make room for lucrative forestry. Farmers and community leaders in Wairoa have become the latest group to raise concerns, estimating around ten-thousand hectares of the region’s most productive land has recently been sold to out-of-town investors wanting to plant trees for harvest and carbon credits. They’re worried thousands of jobs could be lost from the area, and communities seriously affected, if it continues. The government’s one billion trees programme continues – this week, Shane Jones, the Minister in charge of the programme announced a further $ 58 million for forestry to help Forestry NZ increase its regional presence.  . .

I have been a farmer for the majority of my working life. Like any farmer, I always look at what I can do to make the farm better, to improve production, or just make life easier. I don’t know whether my girls will want to go farming or do something else, but at the back of my mind when I think about what we do on farm there is always that long term view, of making it better for the next generation.

With the Zero Carbon Act announcement some are saying that it’s far away, what are you worried about? But it is not far away, it’s just the next generation away. For me I don’t look at those targets and think about what the right PR spin thing to say now is, to improve the corporate brand, and who cares if the farmers can’t achieve it? . .

Do you know your cuts of Lamb??! 😀 Happy Humpday 😀 pic.twitter.com/Of1xB87eRw

Sheep farming is not to blame for climate change – Gordon Davidson:

SHEEP INDUSTRY leaders have hit back at the ‘fashionable’ argument that UK consumers can help reduce climate change by eating less red meat, and argued instead that UK sheepmeat should be the ‘environmentally conscious person’s meat of choice’.

Responding to the Committee for Climate Change and the UN’s nature report, National Sheep Association chief executive Phil Stocker said that some of the recommendations being made to consumers were ‘unbalanced, based on inadequate science, and understood little about the UK sheep industry’.

“It is really frustrating to yet again see our extensive livestock sectors caught up within criticisms of agriculture and their impact on climate change and biodiversity, and little mention of other damaging activities, that may be less popular to criticise,” said Mr Stocker. “It is seemingly OK to offset emissions from flying around the world through carbon sequestering actions such as tree planting and peatland management, but not OK for a farm to do its own internal offsetting. . . 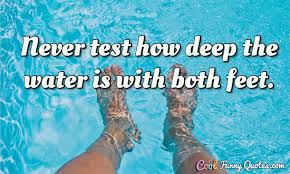 Never test how deep the water is with both feet.

1268  The Principality of Antioch, a crusader state, fell to the Mamluk Sultan Baibars in the Battle of Antioch.

1302 Bruges Matins, the nocturnal massacre of the French garrison in Bruges by members of the local Flemish militia.

1803  Napoleonic Wars: The United Kingdom revoked the Treaty of Amiens and declared war on France.

1804 Napoleon Bonaparte was proclaimed Emperor of the French by the French Senate.

1811  Battle of Las Piedras: The first great military triumph of the revolution of the Río de la Plata in Uruguay led by Jose Artigas.

1812  John Bellingham was found guilty and sentenced to death by hanging for the assassination of British Prime Minister Spencer Perceval.

1848  Opening of the first German National Assembly(Nationalversammlung) in Frankfurt.

1896  The United States Supreme Court ruled in Plessy v. Ferguson that separate but equal is constitutional.

1896 – Khodynka Tragedy: A mass panic on Khodynka Field in Moscow during the festivities of the coronation of  Tsar Nicholas II resulted in the deaths of 1,389 people.

1900  The United Kingdom proclaimed a protectorate over Tonga.

1910  The Earth passed through the tail of Comet Halley.

1917 World War I: The Selective Service Act of 1917 was passed, giving the President of the United States the power of conscription.

1927  The Bath School Disaster: Forty-five people were killed by bombs planted by a disgruntled school-board member in Michigan.

1944  Deportation of Crimean Tatars by the Soviet Union  government.

1948  The First Legislative Yuan of the Republic of China officially convened in Nanking.

1949 – Bill Wallace, Canadian musician (The Guess Who) was born.

1955  Operation Passage to Freedom, the evacuation of 310,000 Vietnamese civilians, soldiers and non-Vietnamese members of the French Army from communist North Vietnam to South Vietnam following the end of the First Indochina War, ended.

1959 Launching of the National Liberation Committee of Côte d’Ivoire in Conakry, Guinea.

1974 Nuclear test: Under project Smiling Buddha, India successfully detonated its first nuclear weapon becoming the sixth nation to do so.

1974 – Completion of the Warsaw radio mast, the tallest construction ever built at the time.

1983  In Ireland, the government launched a crackdown, with the leading Dublin pirate Radio Nova  put off the air.

1991 Northern Somalia declared independence from the rest of Somalia as the Republic of Somaliland but is unrecognised by the international community.

1993  EU-riots in Nørrebro, Copenhagen caused by the approval of the four Danish exceptions in the Maastricht Treaty referendum. Police opened fire against civilians for the first time since World War II and injured 11 demonstrators.

2006 The post Loktantra Andolan government passed a landmark bill curtailing the power of the monarchy and making Nepal a secular country.

2009  Sri Lankan Civil War: The LTTE were defeated by the Sri Lankan government, ending almost 26 years of fighting between the two sides.

2012 – Facebook, Inc. began selling stock to the public and trading on the NASDAQ.

2015 – At least 78 people died in a landslides caused by heavy rains in the Colombian town of Salgar.