Cacestogenous –  intense, sudden, pain like flashes of lightning; caused by a poor or  unfavourable home life.

“We all should know that diversity makes for a rich tapestry, and we must understand that all the threads of the tapestry are equal in value no matter what their color.” #MayaAngelou

Changing GM policy will be good for the environment and Carbon Zero – Dr William Rolleston:

The Opportunities Party’s new policy on genetic modification(GM), which lines up with Australian law, has given New Zealand farmers hope that they too may be able to use genetic modification in their battle to improve water quality and mitigate climate change towards Carbon Zero.

During my time as Federated Farmers president, farmers, in response to scientific evidence, shifted their focus from increasing production to reducing our environmental footprint.

We can continue to produce food and fibre while putting the least demand on our resources by improving productivity, benefiting both environment and farmer.  Local councils recognise this by regulating for environmental outcomes rather than blindly restricting inputs – for example, low water nitrogen targets rather than limiting fertiliser or cow numbers. . .

TOP is calling for deregulation of a form of gene editing called CRISPR, a technique that can be used to remove undesirable traits from an organism or add desirable ones.

Gene editing (GE) could be used for things like removing the genetic trigger for cystic fibrosis in a person, making manuka more resilient to myrtle rust or helping kauri trees fight dieback. . .

China’s devastating outbreak of African swine fever will have a spillover effect on the dairy sector, a new report by Rabobank says.

China is the world’s largest pork producer and accounts for about 50% of pork production globally.

The African swine fever epidemic was expected to reduce the country’s pork production by 25%-35%, resulting in increased demand for other animal proteins but lower demand for feedstuffs, the report said.

Rising demand for beef could constrain China’s milk production if dairy cow culling accelerated to fill some of the gap in animal protein demand. . .

‘From gate to plate’ farming on Country Calendar – Melenie Parkes:

When Ali and Dion Kilmister were looking to save on transport costs they bought their own stock truck, which Dion now drives. And when they wanted to sell their beef and lamb direct to customers, they set up their own online meat delivery business.

With seven farms to run, the husband-and-wife team has had to rely on creativity and self-sufficiency. If there’s something they need, they make it a reality.

Their farms are spread out across 200km from Dannevirke to Wellington. While operating over such a wide area has its problems, it also has distinct benefits.  . .

Being the boss isn’t easy and it’s even harder going solo on tough hill country prone to long, cold winters and dry summers. But for Taihape farmer Mairi Whittle it’s her dream come true. Andrew Stewart called in to see how she’s getting on.

The Taihape to Napier highway is a sometimes snaky road surrounded by vast landscapes and prominent landmarks.

Clean, green hills stretch as far as the eye can see and this strong farming country produces sought-after stock.

But it can be a brutally challenging environment to farm in too. Winters at this altitude are long, cold and punctuated by snowfalls. Summers are becoming increasingly dry with rain far less dependable after the holiday period.  . .

SYNLAIT remains committed to its $250  million Pokeno factory despite a court decision that means the plant was built in breach of covenants restricting use of the land.

The milk powder maker says it is confident it can find a solution to the ownership problem now afflicting most of the land on which the factory stands because of the Court of Appeal decision.

That ruling effectively means the factory was built in breach of covenants on the land.
When Synlait bought the 28 hectares of land in February 2018 it was conditional on the seller, Stonehill Trustee, obtaining removal of that restricted its use to grazing, lifestyle farming or forestry. . .

MUMS – what a great invention.

There’s nothing they can’t do.

Country mums, the ones in regional and rural areas, seem to be able to do all that and a bit more again.

From the paddock to the pantry, the school run to the shearing shed, the tuckshop to the tractor, the saleyards to swimming lessons: country mums are as adaptable as they are knowledgeable. . . .

Some, like 22: She’s used the shovel more for dealing with snakes than pottering in the garden don’t apply in New Zealand. Could you add some that do?

A thought for Mother’s Day:

You spend a lifetime trying to get them off the ground.
You run with them until you’re both breathless.
They crash.
They hit the rooftop.
You patch and comfort, adjust and teach them.

Finally they are airborne…
They need more string and you keep letting it out.
But with each twist of the ball of twine,
there is a sadness that goes with joy.
The kite becomes more distant,
and you know it won’t be long
before that beautiful creature will snap the lifeline that binds you two together
and will soar as it is meant to soar, free and alone.
Only then do you know that you did your job. 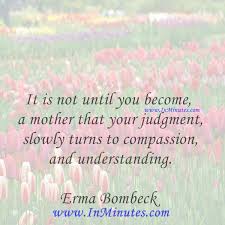 1949 – The Soviet Union lifted its blockade of Berlin.

1958 A formal North American Aerospace Defense Command agreement was signed between the United States and Canada.

1982 – During a procession outside the shrine of the Virgin Mary in Fátima, Portugal, security guards overpowered Juan Fernandez Krohn before he  attacked Pope John Paul IIwith a bayonet.

2010 – An Afriqiyah Airways Flight crashed, killing all but one person on board.

2015 – A train derailment in Philadelphia killed 8 people and injured more than 200.

2018 – 2018 Paris knife attack – A man was fatally shot by police in Paris after killing 1 and injuring several others.