You cannot build a great nation or brotherhood of man by spreading envy or hatred. pic.twitter.com/4Sy3U8ULQJ

A big shakeup could be coming for New Zealand’s immigration policy.

Many of the proposed changes are sensible and will lead to a simplification of the immigration system, but there is also concern that while the system might be easier to understand, it will be harder, longer and more costly to employ workers from overseas.

Under the proposals, every employer who wishes to employ a migrant must become an accredited employer. In theory, this is good  migrants deserve to come to New Zealand to an employer who treats them well and complies with New Zealand employment law.  . .

Fonterra could learn lessons in enterprise and growth from Australia’s Wesfarmers – Point of Order:

NZ  co-ops have been  getting  a  bad  media  rap   lately.  Take  Fonterra, for example.  Andrea Fox, one of the  country’s  best-informed journalists  specialising  in agriculture  issues,  started   a  new series in the  NZ  Herald  with the  headline:  “Fonterra: Disappointment and soured  dairy dreams”.

Noting   the dairy goliath had a silver-spoon  birth   nearly  18 years ago she  wrote:

“Today the  co-operative  is looking a bit like  the family’s overweight, lazy teenager  hogging the remote  on the biggest couch in the room And the  credit card bills are coming in”.

After Fonterra posted a historic first net loss of $196m, Fox  says  calls  are heating up  for  the company to be split up  and a  company, perhaps  listed, spun off it, open to outside capital  investment to  chase  high-value product  markets. One of the country’s investment  gurus, Brian Gaynor, says even major shareholders  are telling him it’s  time for  change. . .

It's like the song that never ends… Another day another shift, from here to there. Gee it's a tough day at the office here today – not! pic.twitter.com/PFUu5PEIEF

The legal battle over a large dairy farm planned for the Mackenzie Basin is heading to the High Court. David Williams reports.

The future of the Mackenzie Basin’s Simons Pass Station – a lightning rod for national environmental opposition – remains as unclear as a swirling effluent pond.

Dunedin businessman Murray Valentine has spent 16 years and millions of dollars gathering approvals, court settlements, and building infrastructure for a $100-million-plus dairy development at Simons Pass, near Lake Pukaki. Valentine told Newsroom last year he plans to irrigate 4500 hectares at the property – some of which is Crown lease land – and stock more than 15,000 animals, including 5500 cows. (The average herd size in New Zealand is 431 cows. The national herd is five million milking cows.)

As of late last year, 840 cows were being milked and Valentine says the development is about a quarter finished. . .

Confident sheep and beef farmers are paying top money and have out-bid foresters for land on the North Island’s East Coast. In the South Island apple harvesting’s almost finished in the Nelson Motueka region.

Kaitaia, in Northland’s north, needs a good dose of rain – the five or six millimetres at the weekend didn’t help much.  Where there are wet spots in paddocks new grass is germinating well.

Around Pukekohe it’s been quiet in market gardens because of the school holidays and the working week being interrupted by statutory holidays. Many staff have taken time off. It’s been warmer this week than last and Monday’s 15mm of rainfall has been enough for most crops. . .

Seven of New Zealand’s best and brightest will vie for the title of Young Vegetable Grower of the Year in a competition in Pukekohe next Friday, 10 May.

The victor will be crowned Young Vegetable Grower of the Year, and move on to the Young Grower national final, to be held in Tauranga in October. There, they will join the winners of the Bay of Plenty, Central Otago, Hawke’s Bay, Nelson, and Gisborne regional fruit-grower events, to compete for the national title of Young Grower of the Year 2019.

Contestants will demonstrate their knowledge and skills around topics vital to the management of a successful horticulture business, including tractor proficiency, sales and marketing, and health and safety. The winner will be decided at an awards dinner on Friday night, where they will speak to an audience from throughout the industry about growing in a climate of change. . .

Stuart Varney has a top-rated market program on television, but he is happiest when he is working on his 1,100-acre tree farm in upstate New York. The host of Varney & Co., weekdays 9 a.m. to noon EDT on FOX Business, is in the midst of his first timber harvest this spring. Born and raised in the U.K., Varney, 70, helped Ted Turner launch CNN in 1980. He became an American citizen in 2015. I caught up with Varney to talk about agriculture, trade deals, and the media.

SF: Tell me about your farm.

SV: It’s lovely rolling hills and forests, a delightful piece of land. It reminds me of my native England. I bought it 18 years ago because I wanted a big piece of land within a reasonable drive of my home in New Jersey. In England, the idea of owning 1,000 acres, or even 100 acres, is out of the question unless you are a billionaire. But in America, you can do it. We found this property for a reasonable price. It was my piece of America. I fell in love with it. The idea of creating a tree farm came later. I didn’t know anything about logging and didn’t buy it for that purpose, but we hired a forester and he created a plan. Our first harvest is this year. We will harvest 1,088 trees. . . 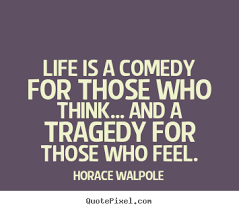 553 The Second Council of Constantinople began.

1215  Rebel barons renounced their allegiance to King John of England.

1494 Christopher Columbus landed on the island of Jamaica and claimed it for Spain.

1640  King Charles I of England dissolved the Short Parliament.

1762  Russia and Prussia signed the Treaty of St. Petersburg.

1809  Mary Kies becomes the first woman awarded a U.S. patent, for a technique of weaving straw with silk and thread.

1809 – The Swiss canton of Aargau denied citizenship to Jews.

1821  Emperor Napoleon I died in exile on the island of Saint Helena.

1835 The first railway in continental Europe opened between Brusselsand Mechelen.

1862  Cinco de Mayo in Mexico: troops led by Ignacio Zaragoza halted a French invasion in the Battle of Puebla.

1864 American Civil War: The Battle of the Wilderness began in Spotsylvania County, Virginia.

1877  Indian Wars: Sitting Bull led his band of Lakota into Canada to avoid harassment by the United States Army under Colonel Nelson Miles.

1886  The Bay View Tragedy: A militia fired into a crowd of protesters in Milwaukee, Wisconsin, killing seven.

1891 The Music Hall in New York City (later known as Carnegie Hall) had its grand opening and first public performance, with Tchaikovsky as the guest conductor.

1898 – The Dog-Tax war in the Hokianga was narrowly averted.

1904  Cy Young of the Boston Americans threw the first perfect game in the modern era of baseball.

1925  Scopes Trial: serving of an arrest warrant on John T. Scopes for teaching evolution in violation of the Butler Act.

1925  The government of South Africa declared Afrikaans an official language.

1949 The Treaty of London established the Council of Europe in Strasbourg as the first European institution working for European integration.

1964 The Council of Europe declared May 5 as Europe Day.

1987 – Iran–Contra affair: start of Congressional televised hearings in the United States of America

1991 Mt Pleasant riots broke out in the Mt. Pleasant section of Washington, D.C. after police shoot a Salvadoran man.

1994  The signing of the Bishkek Protocol between Armenia and Azerbaijan effectively froze the Nagorno-Karabakh conflict.

2006 The government of Sudan signed an accord with the Sudan Liberation Army.

2010 – Mass protests in Greece erupted in response to austerity measures imposed by the government as a result of the Greek debt crisis.

2014 – 11 people went missing after a Chinese cargo ship collided with a Marshall Islands registered container ship off the coast of Hong Kong.

2014 – 22 people died after two boats carrying illegal immigrants collided in the Aegean Sea off the coast of Greece.